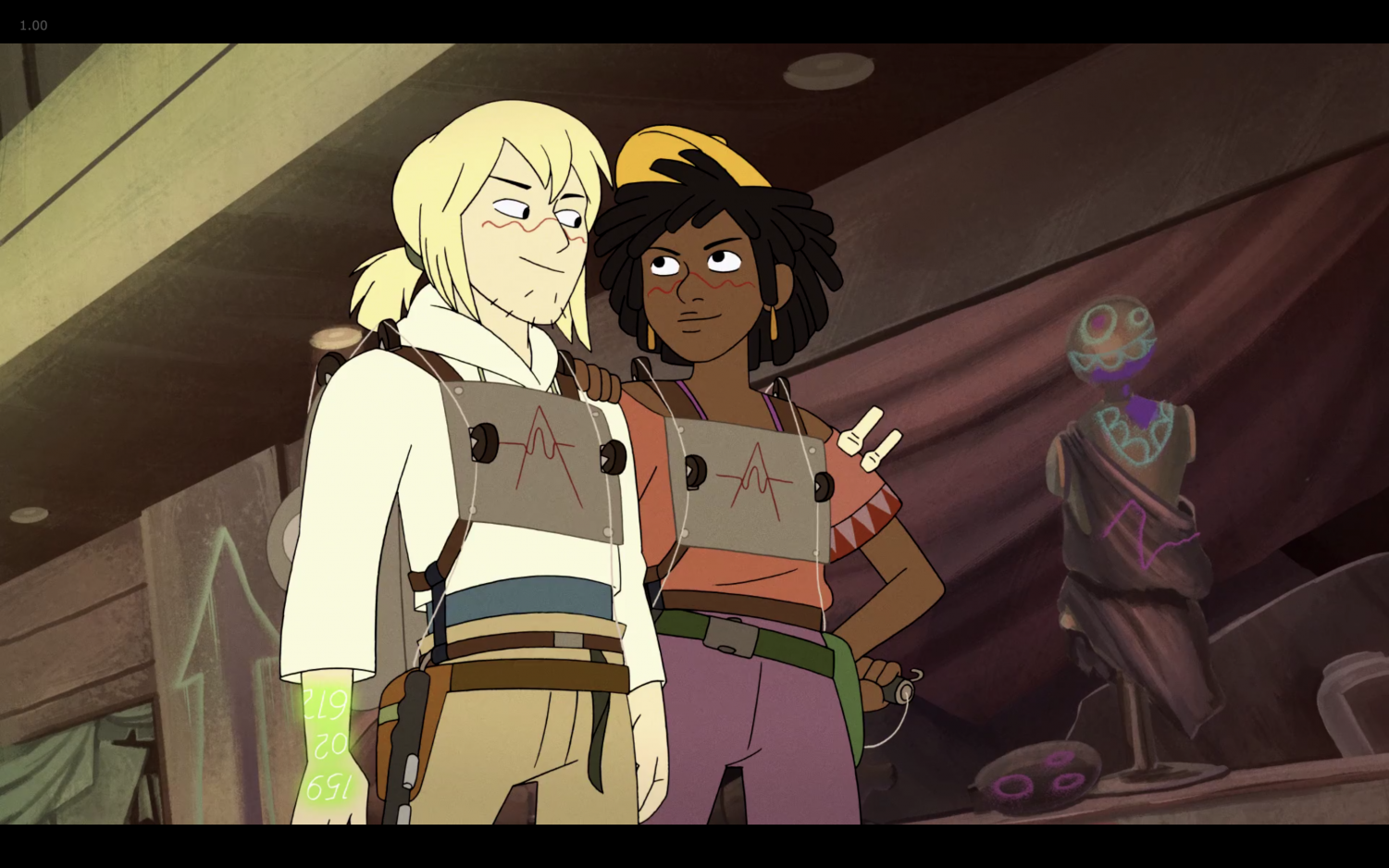 Taking character development off the rails in ‘Infinity Train: Book 3’

“Infinity Train” is unlike any other animated show on television today.

In the criminally short first season, we followed the plucky and practical Tulip Olsen as she explored the metaphysical space of a seemingly infinite train. We learned along with her that the train appears to people who need help processing trauma, sending them on quests to personal enlightenment through the countless pocket universes of the train cars. The groundbreaking second season then subverted our expectations with a new protagonist duo that sought to understand the inner workings of the train and prove their own humanity.

Now, Book 3 derails (ha) everything we thought we knew about the train’s connection to its passengers and denizens. With new, infinitely complex character relationships and arcs, it successfully launches off of the first two seasons’ solid worldbuilding to morally challenge not only a new cast of protagonists but also us as the audience.

[spoilers for Book 3 ahead]

We first met the Book 3 protagonists during the tense events of Book 2’s “The Mall Car.” Grace (voiced by Kirby Howell-Baptiste) and Simon (voiced by Kyle McCarley) served as minor antagonists this season, just one of many roadblocks on MT’s journey to prove her worth with Jesse at her side. Armed with a grave misunderstanding of the train’s function, eighteen-year-olds Grace and Simon lead a ragtag band of misfit kids known as the Apex, causing destruction and havoc throughout the train cars due to their belief that the denizens of the train are “less than human.”

It is with this complex understanding of equally complex characters that we must confront Grace and Simon as the main characters of Book 3. A mishap during a routine raid separates them from the rest of the Apex, where they meet a young passenger named Hazel (voiced by Isabella Abiera) and her adoptive mother Tuba, a gorilla denizen of the train with whom the duo is immediately hostile (voiced by Diane Delano).

Naturally, this setup allows for remarkable character growth to occur, as the Apex leaders learn that denizens are equally capable of experiencing human emotion, but it also opens a track to utter moral deterioration. Show creator Owen Dennis gives us both arcs occurring side by side in an unprecedented, character-driven story that sets “Infinity Train” above other shows with similar themes.

Grace’s rocky redemption arc begins when she befriends Hazel, whose archetypical childlike innocence gives Grace a new lens for viewing the train’s denizens, namely Tuba. Meanwhile, Simon retains his hostility toward Hazel’s companion, and a rift grows between him and Grace. Just when it seems his redemption is within reach, the surprise twist ending of “The Color Clock Car” has Simon brutally murder Tuba, breaking Hazel’s heart and alienating Grace.

It’s all downhill from there. Lies, flashbacks and strange encounters with other passengers (including the welcome return of Book 1’s enigmatic Amelia) further divide the trio as revelations force Grace to reconsider her philosophy and send Simon down a dark path. By the time the calamitous climax arrives in “The Origami Car” and “The New Apex,” Simon is too far gone for even Grace to connect with.

It is in this presentation of Simon’s slow descent into insanity that Book 3 truly shines. He becomes something uncommon in modern animation: a protagonist-turned-villain who borders dangerously close to irredeemable. While Grace grapples with the train’s truth—first rejecting it, then concealing it and ultimately forcing herself to live with it—Simon completely shuts off.

This concurrent story formula allows us to appreciate Grace and Simon in tricky and sometimes self-contradictory ways, creating character depth and a sense of emotional maturity that even live action shows struggle to achieve. At certain points in Grace’s arc, we empathize with her fear of being alone and cry along with her at Hazel’s impromptu funeral for Tuba, but we despise her not 10 minutes later for her attempts to control Hazel and those around her. Meanwhile, we might shout at the screen in anger during Simon’s latest outburst, but we can’t help but feel for him as his backstory unfolds, and we learn of his complicated past with the mysterious denizen known as “The Cat.” Howell-Baptiste and McCarley create a dynamic of slowly fading codependency and abandonment issues that fully brings us into the shoes of their characters and helps us understand the tragedy of their concurrent breakdowns.

These multi-stage character arcs and emotionally taxing journeys represent the natural evolution of a show like “Infinity Train.” They are stories only made possible by the established worldbuilding of Books 1 and 2. They are stories perfectly complemented by the captivating background designs and gripping soundtrack that we knew the show’s talented production team would continue to deliver. And they are stories that will help us travel into the future of animation (by rail, in this case).

Thanks to shows like “Infinity Train,” the modern animation world is finally approaching a point at which it may break free of the notion that animation is “just for kids.” Check out the genre-defying Book 3, or the foundational Books 1 and 2, on HBO Max.

The Vanderbilt Hustler welcomes and encourages readers to engage with content and express opinions through the comment sections on our website and social media platforms. The Hustler reserves the right to remove comments that contain vulgarity, hate speech, personal attacks or that appear to be spam, commercial promotion or impersonation. The comment sections are moderated by our Editor-in-Chief, Rachael Perrotta, and our Social Media Director, Chloe Postlewaite. You can reach them at [email protected] and [email protected]
All The Vanderbilt Hustler picks Reader picks Sort: Newest
Subscribe
Login
1 Comment
Newest
Oldest Most Voted
Inline Feedbacks
View all comments
B
Brian Dodd

Cartoon Network: Renew Infinity Train For Book 4 and Beyond – Sign the Petition! http://chng.it/T4KDwvJW