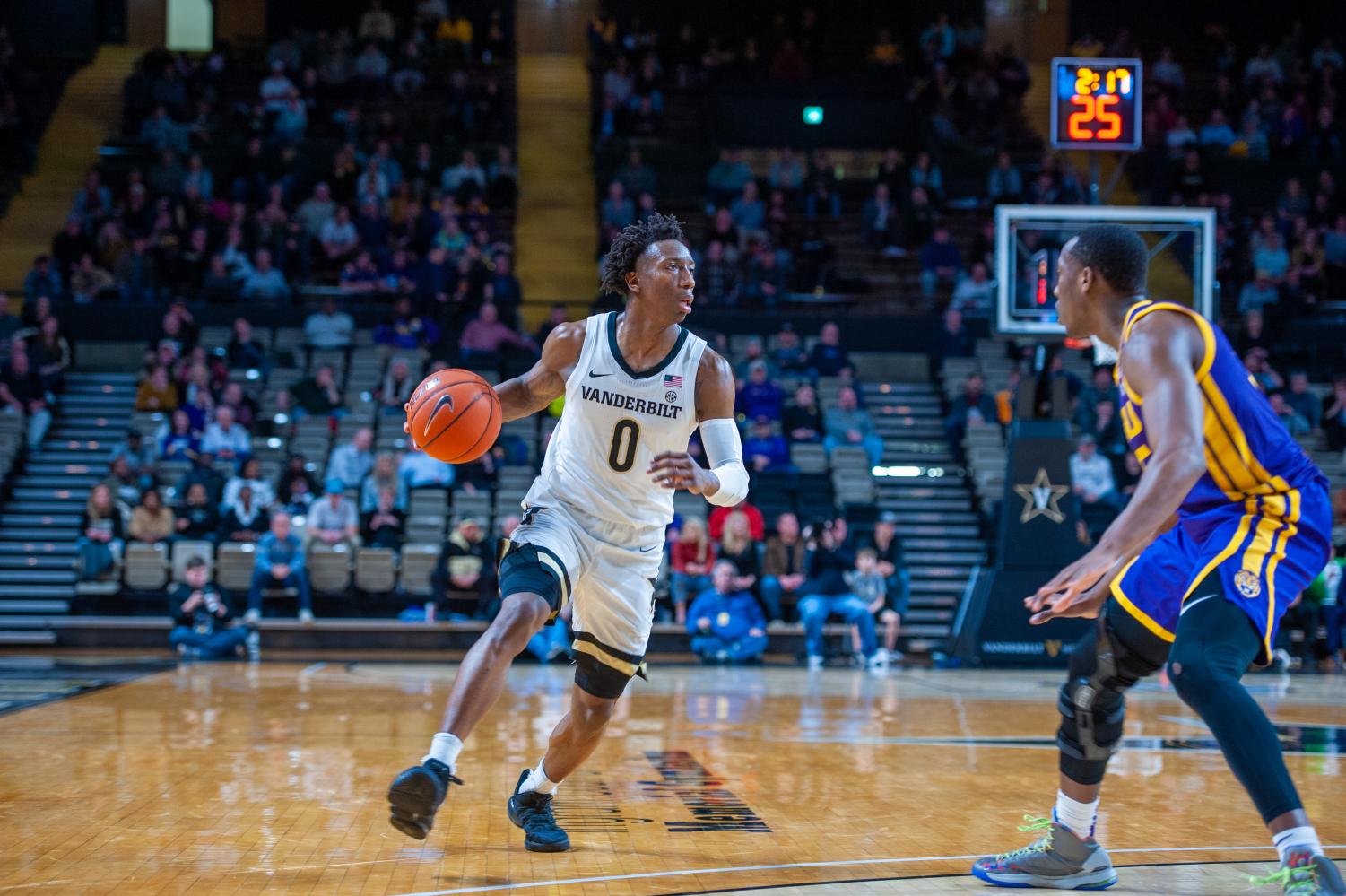 Saben Lee drives to the basket in Vanderbilt’s 99-90 upset victory over LSU.