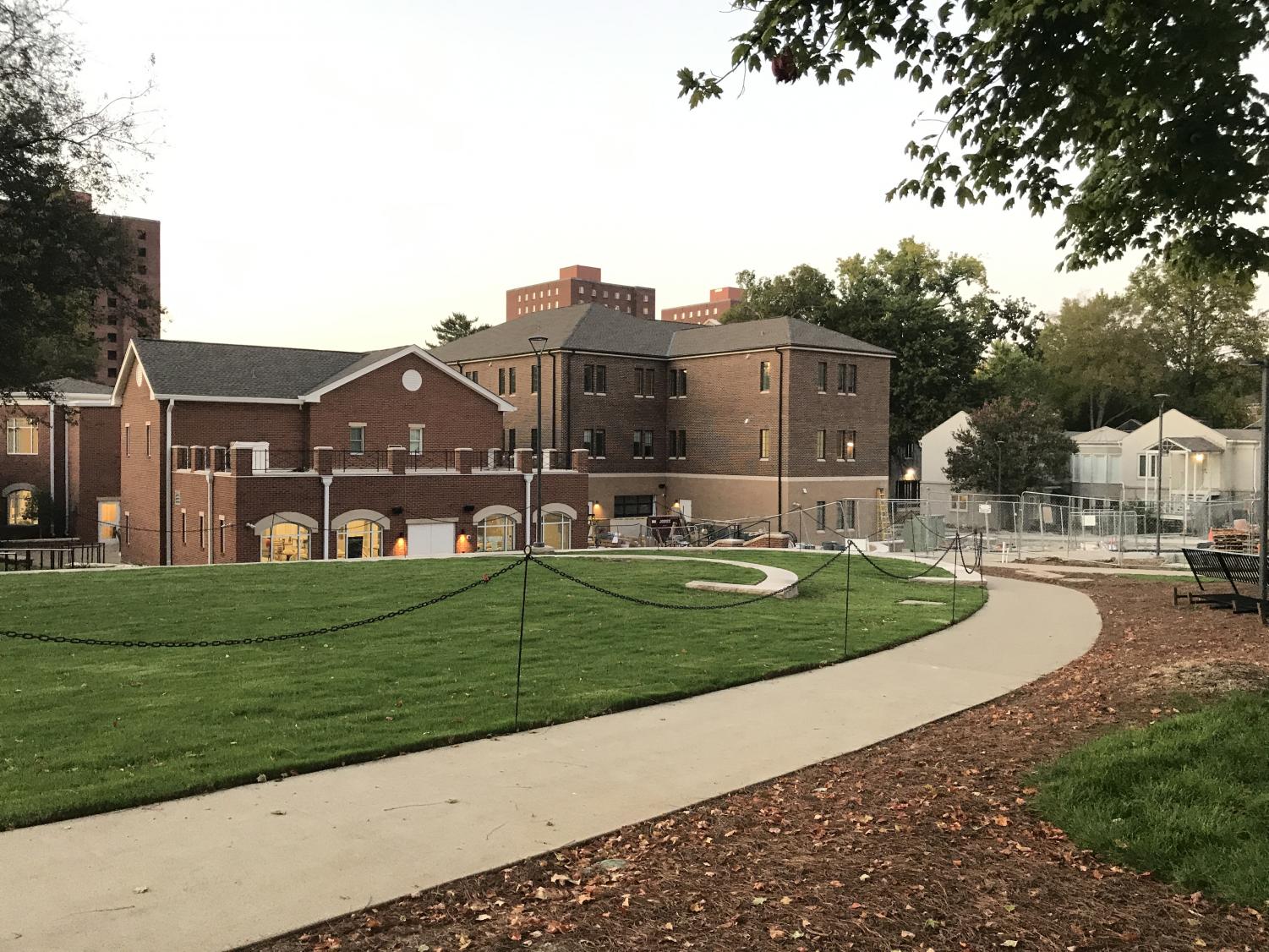 Greek Row is home to the ten IFC and ten Panhellenic fraternity and sorority houses, shown here in 2019. Abolitionists want to see these spaces reallocated for the benefit of the whole Vanderbilt community. (Mattigan Kelly)

Greek Row is home to the ten IFC and ten Panhellenic fraternity and sorority houses, shown here in 2019. Abolitionists want to see these spaces reallocated for the benefit of the whole Vanderbilt community.

IFC membership is down 37 percent from 2015, six of ten IFC fraternities currently on social suspension

At least seven fraternities scheduled to return to campus in the next five years, including Beta Theta Pi this fall.

Vanderbilt’s Interfraternity Council membership has decreased 37 percent from 854 members in 2015’s fall semester to 528 in 2019’s fall semester, according to the Office of Greek Life’s Semester Academic & Membership Size Rankings. This is the report that Vanderbilt’s Office of Greek Life (OGL) releases every semester regarding the number of members, new recruits and GPAs of the fraternities and sororities in the Interfraternity Council (IFC), National Pan-Hellenic Council (NPHC) and Panhellenic Council.

The most notable reasons for this drop in IFC membership include fewer chapters on campus due to disciplinary reasons, member retention issues within chapters and a changing student demographic, Director of Greek Life Kristin Torrey said.

In the last five years, Phi Delta Theta, Alpha Epsilon Pi, Sigma Alpha Epsilon, Phi Kappa Psi and Phi Gamma Delta have been suspended by the IFC and their national organizations, which means they aren’t recognized as an official chapter on campus. These five fraternities had an average of 81.6 members in their respective final semesters on campus, according to Torrey. Fraternities have been suspended for disciplinary reasons including hazing, alcohol-related offenses and drug paraphernalia.

IFC President Callen DiGiovanni said he is looking to employ other methods of handling violations, rather than relying on social suspensions.

“The IFC Judicial team can also include other action items, such as an education session, in [a disciplinary] outcome, depending on the circumstances of the case,” DiGiovanni said in an email to The Hustler. “The goal of these sessions is to provide each group with the necessary resources and information they need to minimize the risk of violations occurring in the future.”

Kappa Sigma President Quinn McCarthy said that even though Kappa Sigma is currently suspended, they still maintain a strong relationship with OGL and are working together to fix issues within Greek life.

“I think we’re trying to change or at least push the expectation of what fraternities can do on campus,” McCarthy said.

Another reason for the drop in IFC membership is poor membership retention, according to Torrey. Over the last five years, four fraternities have been discontinued due to a lack of interest.

McCarthy said that within Kappa Sigma, member retention has been high. In the past four years, only two or three active members have left the fraternity, he said, but this year 19 seniors left following the announcement of their social suspension.

“Managing a small chapter size forced them to make the fraternity central to their leadership identity and how they prioritized their time on campus,” Torrey said in an email to the Hustler. “Given the diverse make-up of the other IFC chapters, they were always competing against other much larger chapters that would not force students into making the fraternity a number one priority or expecting them to be an officer — it was an opportunity, not a requirement in the other IFC chapters.”

Another reason for the drop in membership is changing demographics, according to Torrey. Per the factbook from Vanderbilt’s Office for Planning and Institutional Effectiveness (PIE), around 38.8 percent of Vanderbilt’s 2015 incoming class were racial minorities, compared to 42.1 percent of this year’s incoming class.

One IFC member said that he didn’t think that Vanderbilt’s changing demographics alone were necessarily responsible for the drop in membership; instead, he thinks the growing negative perception of Greek life around the country is the biggest cause.

“When you have kids that are not the typical frat star coming in and all they have is this [expletive] perception, it’s so hard to convince them to come to the other side,” he said.

DiGiovanni said in an email to the Hustler that IFC leadership is looking to address the decline in membership by reforming recruitment and new member education practices to make IFC recruitment more inclusive and promote the health and safety of those who partake.

McCarthy agreed that recruitment was an issue within Greek life. He said that Kappa Sigma is aligned with OGL on fixing problems around recruitment.

“At points, [recruitment has] become this arms race of who can have the best class, and who can have more events,” McCarthy said.

“I think this type of experience—one that will mix the natural community engagement and sense of belong[ing] that fraternity provides coupled with the entrepreneurial spirit and creativity that founding a new organization provides, will be attractive to students,” Torrey said.

The Vanderbilt Hustler welcomes and encourages readers to engage with content and express opinions through the comment sections on our website and social media platforms. The Hustler reserves the right to remove comments that contain vulgarity, hate speech, personal attacks or that appear to be spam, commercial promotion or impersonation. The comment sections are moderated by our Editor-in-Chief, Rachael Perrotta, and our Social Media Director, Chloe Postlewaite. You can reach them at [email protected] and [email protected]
All The Vanderbilt Hustler picks Reader picks Sort: Newest
Subscribe
Login
2 Comments
Newest
Oldest Most Voted
Inline Feedbacks
View all comments
D
Doug Wilson

As a proud member of the Class of 1977, and of the Kappa Sigma fraternity, I was initially saddened by your headline. My memories of Greek life in the mid 70’s were every bit a part of my “Vanderbilt experience” as any class, lecture, professor, or university event that I attended. But as I gave the matter more thought I realized that I should not be depressed about this at all, and frankly should have expected it. In the social climate of 2020, organizations like fraternities are out of vogue. The practice of asking one person to join something while deliberately shunning another would surely offend the sensibilities of a student body (and administration) where today even personal pronouns are considered vulgarisms. I am so very glad that I attended this fabulous university when I did, and not today. As incredible as it may sound to today’s students we had on-campus keg parties, live bands, mixers, rush events, and all the other trappings of college life in those days. In spite of these frivolous pursuits most all of us went on to be valuable members of society, great parents, and loyal members of our local congregations…………we just had a lot more fun in the process.

Social suspensions make the fraternities even more exclusive because they take their parties off campus. At least on campus they are somewhat inclusive.