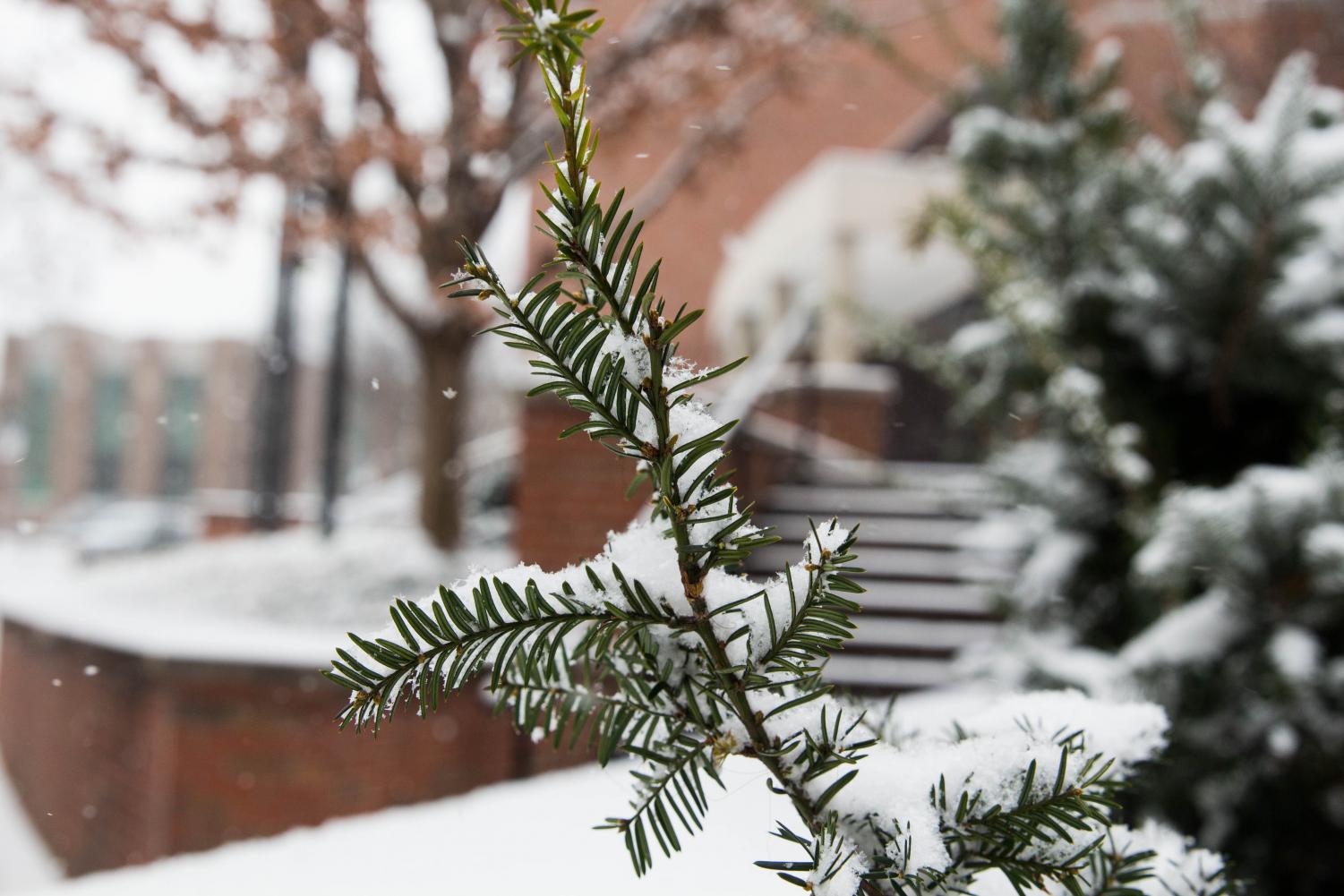 It’s finally starting to feel like the holidays in Nashville, and that means it’s time to binge-watch Netflix’s best worst holiday movies.

As the holiday season approaches, everybody is itching to replace the smell of leftover turkey and mashed potatoes with the scent of a freshly-cut Christmas tree. Nothing evokes the holiday spirit like cuddling up on the couch with a warm cup of eggnog, listening to a crackling fire while rewatching the best of Christmas films. While everyone is familiar with the story of Buddy the Elf, the misadventures of Jack Skellington and Ralphie Parker’s unhealthy BB gun obsession, we have compiled a list of Christmas movies that you probably haven’t seen yet–for good reason. Shake up your annual post-Thanksgiving, Christmas movie binge watch with these five bad Netflix Christmas movies that will make you laugh, cry and cringe in no particular order.

Our scale rates these films from hard-to-watch (0) to comically bad, yet entertaining (10).

This might have been the best movie we watched, solely because it was the only one with a real plot. Similar to “Love Actually,” the film follows a few different high-schoolers’ love lives during the holidays– you will definitely feel cuffing season in full force after this one. It is similar to other teen dramas, but with a slightly more diverse cast. If you are looking to fall back into your tween days and see a movie depicting your former dream of running into a pop star in your hometown and falling in love, you might enjoy this. “Let it Snow” isn’t necessarily poorly made as much as it is unnecessarily goofy and overly dramatic. Despite some unrealistic plot-lines, this film is a feel-good piece that will make your heart melt with some truly genuine moments.

The Knight Before Christmas (2019)

The “Knight Before Christmas” is endearing in how bad it really is. Fan-favorite Vanessa Hudgens stars as a science teacher who falls in love with a time traveling knight from the 14th century. Once you accept the utter absurdity of the plot and shut off your higher brain function, you’ll finally be able to enjoy the movie. Sir Cole, the knight, shows little to no concern for the repercussions of his almost 800 year time jump, and to no surprise, neither does Brooke (Hudgens), who carries herself like a ditzy schoolgirl that just met Prince Charming. If you are a sucker for cute moments, you might find a few in between cringey lines and the horrific British accent that the knight, played by Josh Whitehouse, illustrates. Though it’s hard to sit through at some points, the film is undeniably heartwarming so we suggest you give it a shot.

Pretty dry, but ticks the boxes for a Christmas-romance movie.

This movie depicts a shambly about-to-be CEO, who is given one last task to complete before her promotion. Eliza Taylor plays Ellen Langford, who must deliver a letter to her father’s former business partner. Traveling to (you guessed it!) a small town in the middle of nowhere, she gets snowed in and (you guessed it again!) falls in love with a man, learning important moral lessons from the humble people of the town on the way. This movie is not just cringey, but it’s actively difficult to watch because of its predictable plotline and subpar acting. Sticking around after Christmas dinner to help tidy up the kitchen just might be worth it to avoid having to sit through the 1 hour 45 minutes of “Christmas Inheritance.”

Not just cliche, but straight-up weird.

This movie is completely absurd. For a movie that centers around dialogue, it is pretty unbelievable how forced and phony the acting is. The wedding planner, Kelsey, is hired to plan her cousin’s wedding when private investigator, Connor (played by Steven Huszar), shows up to ruin the day. Huszar’s terrible acting and line delivery is matched only by Joey Fatone, who makes possibly his first appearance in public since people wore Baby Phat. This movie was cheesy and cliche from the start, but it only got worse as it progressed and (SPOILER ALERT) yes, a love affair between Kelsey and Connor does ensue. We are torn between telling you to never watch this movie or that it is a must-see, that’s how horrific it is.

Heart-warming and genuinely cute at points.

“Christmas Break-In” is an absurd mix of chaotic screaming and Christmas spirit. Picked right from your worst nightmare, 9-year-old Izzy gets trapped at school waiting for her parents to pick her up the day before winter break. In true “Home Alone” fashion, three intruders kidnap the school’s janitor and Izzy has to find a way to save him. This movie matches its counterpart except without the finesse, creativity and humor of Macaulay Culkin. We were generous in its rating because it did have some redeemable parts: funny lines, comically absent-minded parents and a loveable janitor.