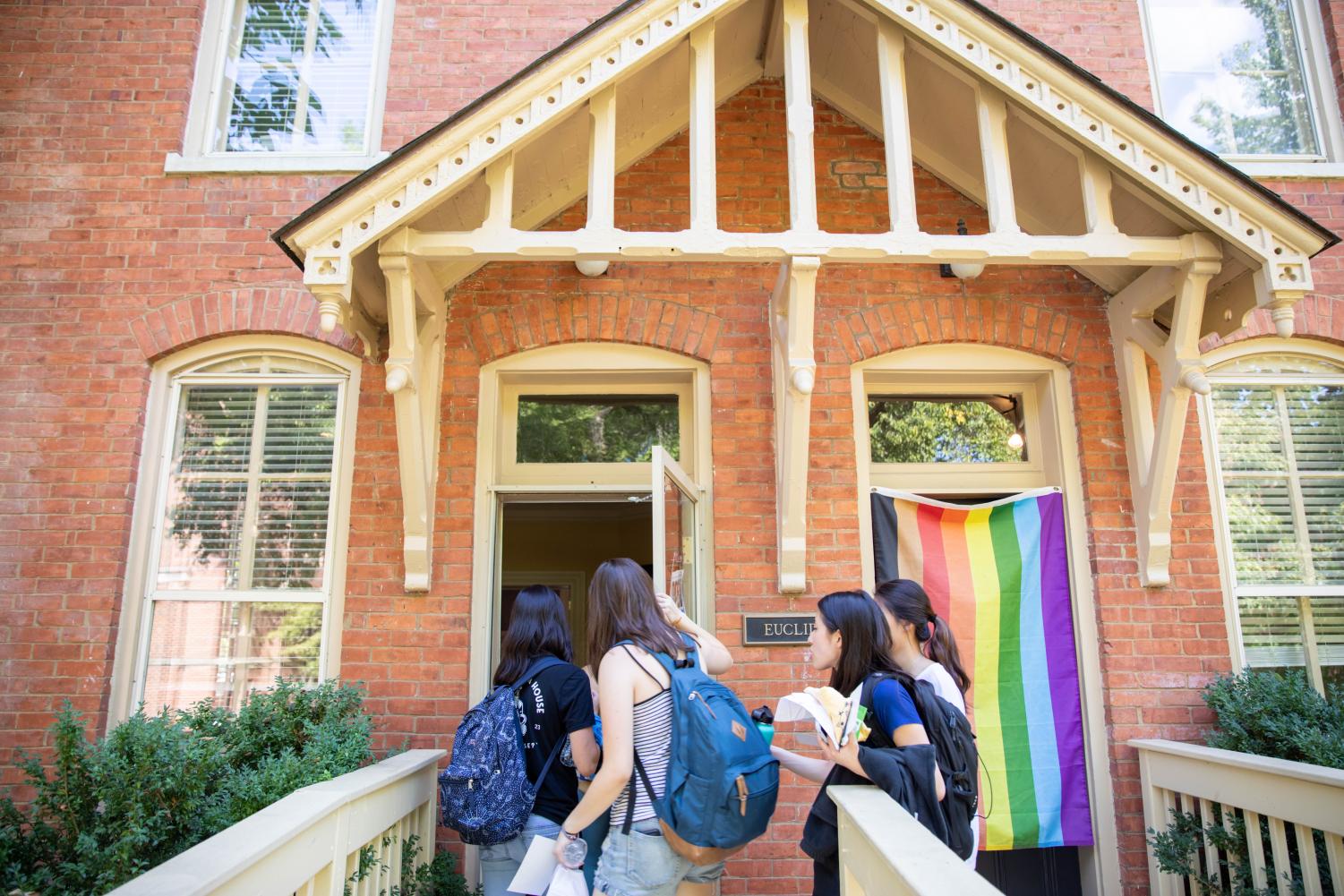 Literary Lesbian: A rainbow crosswalk to round off LGBTQI history month?

If the Vanderbilt administration approves it, this symbol of LGBTQI love and acceptance would make Vanderbilt history

I first heard about Olivia Ruth Hill’s petition on Vanderbilt’s Office of LGBTQI Life’s Facebook page. Ms. Hill is a Vanderbilt Plant Operations employee and a member of the LGBTQI community. Initially I dismissed her petition as a nice thought, but as unimportant to the Vanderbilt community at large. It was not until I began a week ago when I began hearing about the petition more often, and began to process some recent happenings that concern the national and campus LGBTQI community that I realized the crosswalk needed to happen.

From a national perspective, two current Supreme Court cases dealing with Title VII and the rights of LGBTQI Americans helped change my mind about the crosswalk. I mentioned these cases in my previous article, but I would like to go into more detail with them.

The cases deal with whether LGBTQI people are protected under Title VII, and are founded on the stories of Gerald Lynn Bostock and Aimee Stephens. Bostock was fired from his job as a child welfare services coordinator because of his involvement with a recreational gay softball league. Stephens is a transgender woman who was fired from a funeral home due to dress code violations (wearing traditionally female clothing), as well as her perceived ability to upset grieving clientele.

In more local news, a campus wide survey about campus climate on sexual assault and misconduct was just released. The statistics show that 29.8 percent of transgender, nonbinary and gender non-conforming students at Vanderbilt have experienced sexual violence. These numbers are higher than those of other populations on campus. It was very shocking for me to read as a member of the trans community, especially when one converts that statistic to three out of ten trans, nb and gnc people on Vanderbilt’s campus have experienced sexual assault.

Needless to say, I and other members of the LGBTQI community on campus are feeling some pretty negative emotions, and are insecure about our legal and personal safety. As a leader on campus, it has been especially hard to put forth a brave face in light of these happenings. I am very open about my mental health struggles, but I often find it hard to rely on people when I am experiencing bad days.

I want to be strong for my community, but I am also grappling with my personal trauma. Writing this piece is a big move on my part because not only am I opening myself up to readers, I am asking the institution to become a part of my support system.

I truly believe that the building of a rainbow crosswalk would be a huge step in making our campus feel safer and more welcoming for members of my community. I know the sheer happiness I feel seeing rainbow flags hung up in office windows on campus, and can imagine the joy I would have felt as a prospective student walking on a campus with a rainbow crosswalk, knowing that the place where I was going to spend four or more years of my life was a safe one. Rainbows have huge significance in religious, pop cultural and LGBTQI contexts. In all of these, it stands for serenity, healing and hope after turmoil. In addition to beautification, I believe that a rainbow crosswalk would have the same effect on campus.

Like a lot of LGBTQI students, I chose to attend Vanderbilt University because of the presence of the K.C. Potter Center and the Office of LGBTQI Life. I feel that the addition of a rainbow crosswalk would be another beacon of hope and support to the LGBTQI students, faculty and staff who frequent or live on Vanderbilt’s campus.

If you would like to write to the administration and support Ms. Hill’s petition as an individual and/or as a student organization, please email her at [email protected]. The subject should be “Rainbow Crosswalk.” Olivia Ruth Hill is going to be meeting with the administration tomorrow, Thursday, Oct. 31 at 8 a.m., and would love campus support through sending her letters as soon as you can, and/or showing up at the meeting. Help us make history at Vanderbilt.