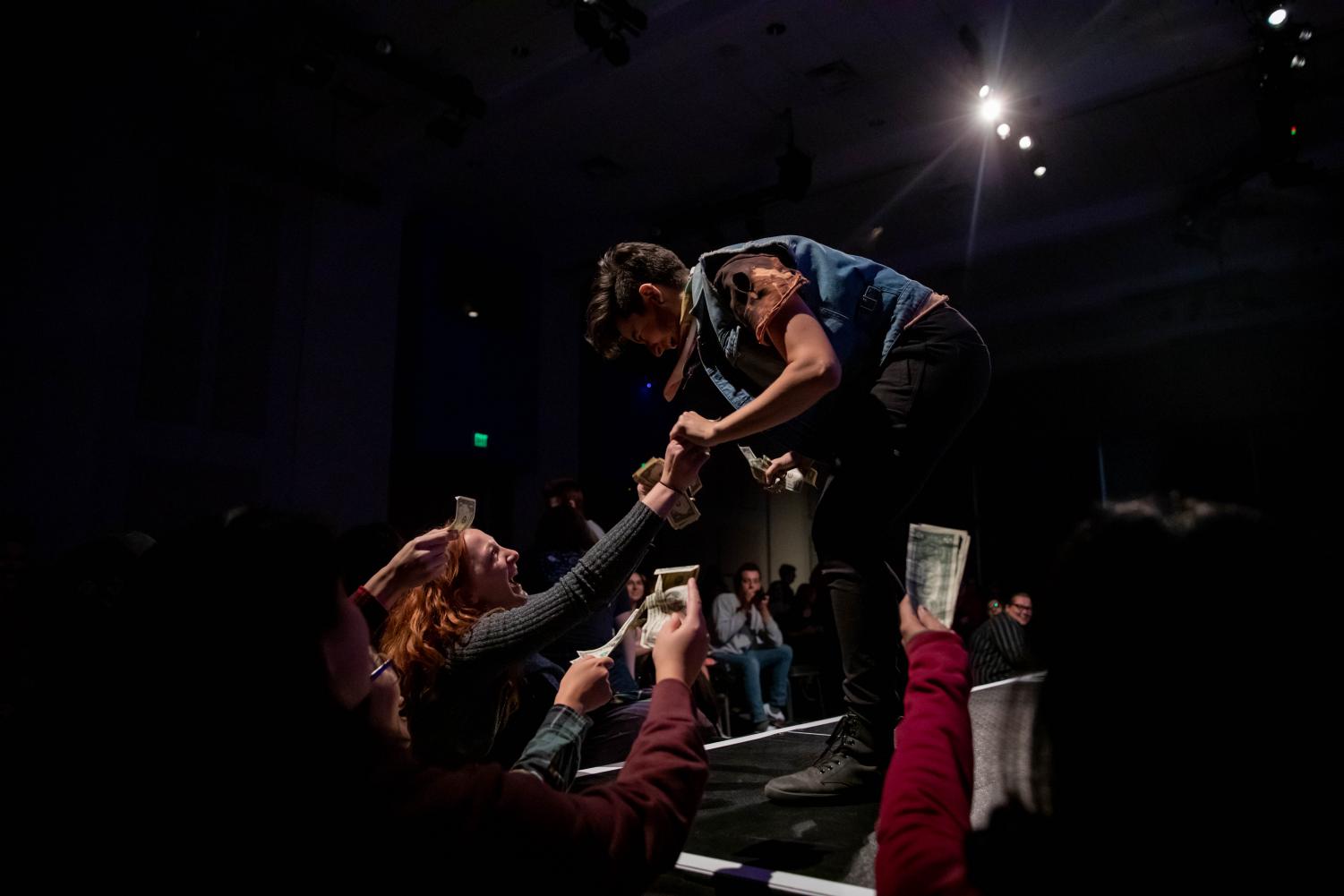 Queens, kings and everyone in between graced the catwalk as they performed acts ranging from a heavy metal ballet to a bloody Colonel Sanders handing out KFC wings. Student performers lip-synced and danced alongside professional drag queens and kings.

“This year especially we had a lot of kings and androgynous performers,” student drag performer Helena Robertson said. “It’s a really good way for people not a part of the LGBT community to get a taste of our culture and see how it’s evolved. Drag is not just what you might see on Rupaul’s Drag Race.”

“Seeing this incredible artform—the music, the dancing, the energy—it all combines to make this really enthralling experience,” senior Rosaline Brooks, who was in the drag show last year, said. “Both performing it and seeing it, I feel it awaken something in me that I can’t find anywhere else.”

Many performers created their own music and mixes, choreography and make-up looks, “which in itself is difficult enough to do normally, let alone in drag,” Brooks said.

The event itself was free, but tips for student performer, VIP tickets and co-sponsorships benefitted the Oasis Center, an organization that supports LGBTQ+ youth in Nashville with services including counseling, leadership training and college advising.

“We welcome everybody on campus and off to come out and see student and professionals perform drag to get an idea of what it’s about while learning about resources like Oasis,” student performer Carolyn Akers said.

The drag show served as Lambda’s main annual outreach event, analogous to the other student cultural showcases like the Lunar New Year Festival and the Diwali Showcase. 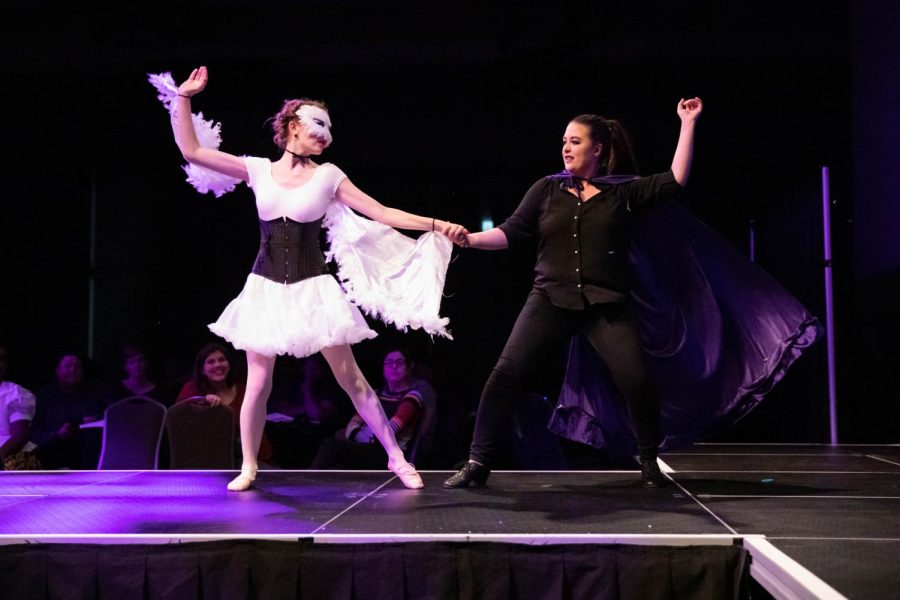 “Drag is so centered around gender-bending that it brings some awareness through that alone,” event coordinator and senior Rosaline Brooks said. The proceeds going towards charity and the Oasis center brings additional awareness for resources in the LGBT community.

“I know a lot of people are interested in being educated about the community and meeting us, but at the same time, I know that there’s definitely more visibility that can be had,” Robertson said.

In addition to encouraging people to come to weekly meetings at the KC Potter Center, Robertson had advice for students who want to get more involved in Lambda or be a better ally for LGBTQIA+ people.

“Keep an open mind, take what people say at face value, and respect people’s time and space since we want our allies to be educated, but there’s also so many questions one person can answer in a day,” Robertson said.