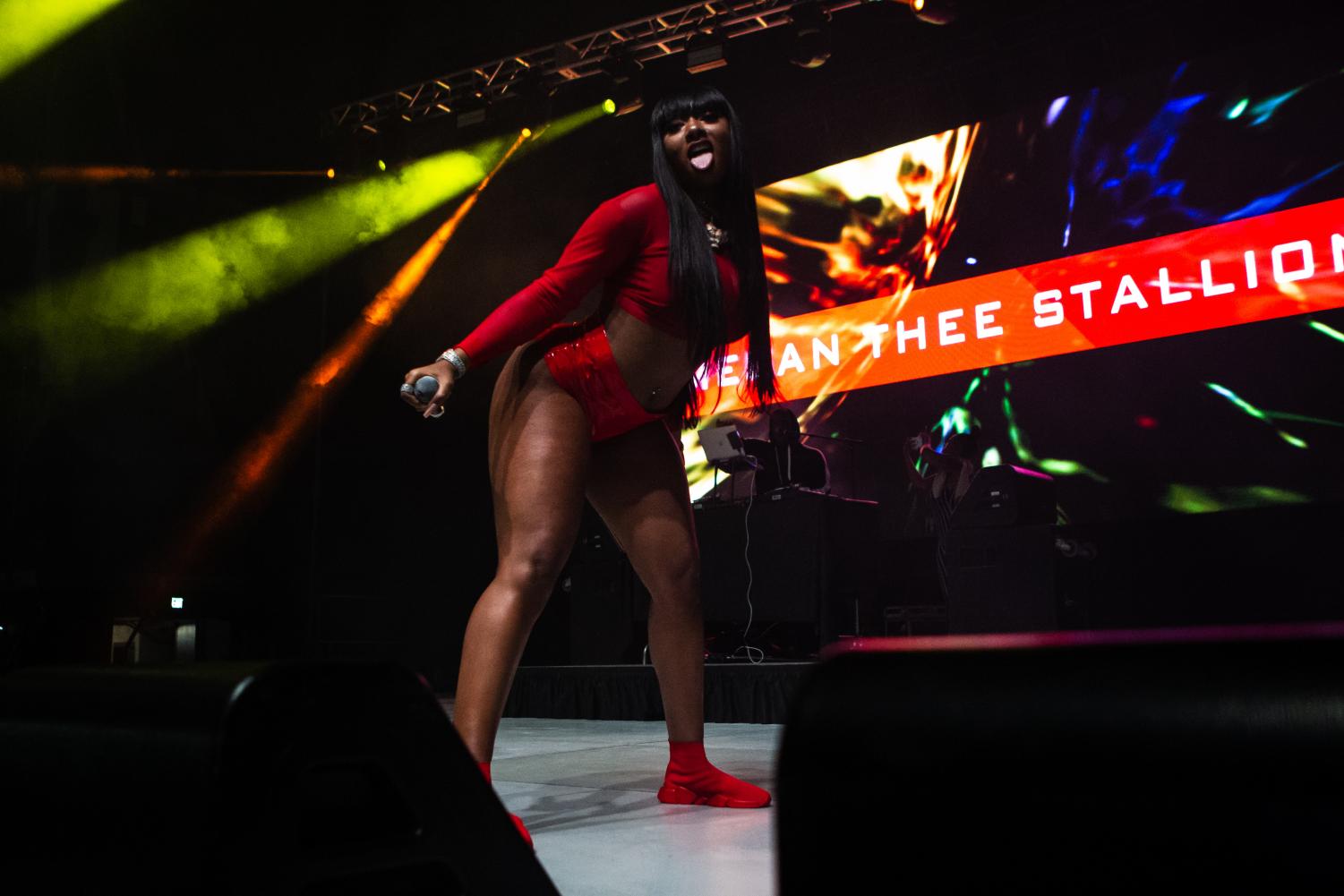 A sold-out Memorial Gym was packed on Friday, Oct. 18, as the audience waited in anticipation for summer sensation Megan Thee Stallion to rock the Commodore Quake stage. Lines for general admission wrapped around the building before doors opened and Vanderbilt students stood anxiously outside the floor level doors, some waiting for over an hour before they opened.

Before Megan took the stage, R&B singer Bren Joy graced the audience with his soulful sounds. After, the DJ hyped up the audience with hip-hop hits of 2019. On the floor, the audience sang every lyric and danced in sync to the music before Megan was spotted on stage. Screams filled Memorial Gym as she ran out and “Realer,” the beginning of the first track on her 2019 mixtape “Fever,” blasted from the speakers. The audience rapped every word with her like they wrote the song themselves. When she pointed the mic towards the audience, we didn’t miss a single line. 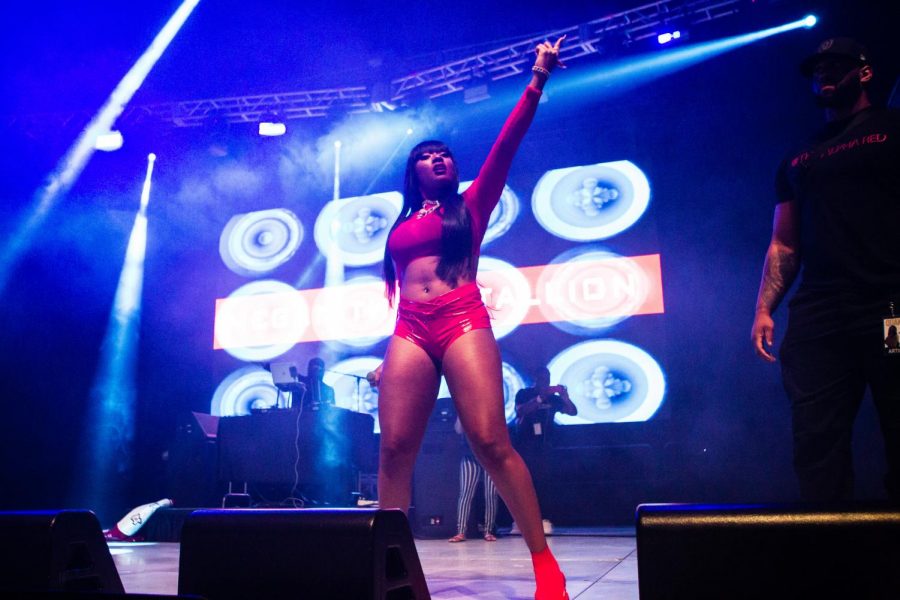 She performed hits from her first album named after her alter-ego, “Tina Snow,” such as “Hot Girl,” “WTF I Want,” and her breakout hit, “Big Ole Freak.” She captured the audience with her effortless flow, risqué lyrics and notable twerking skills. 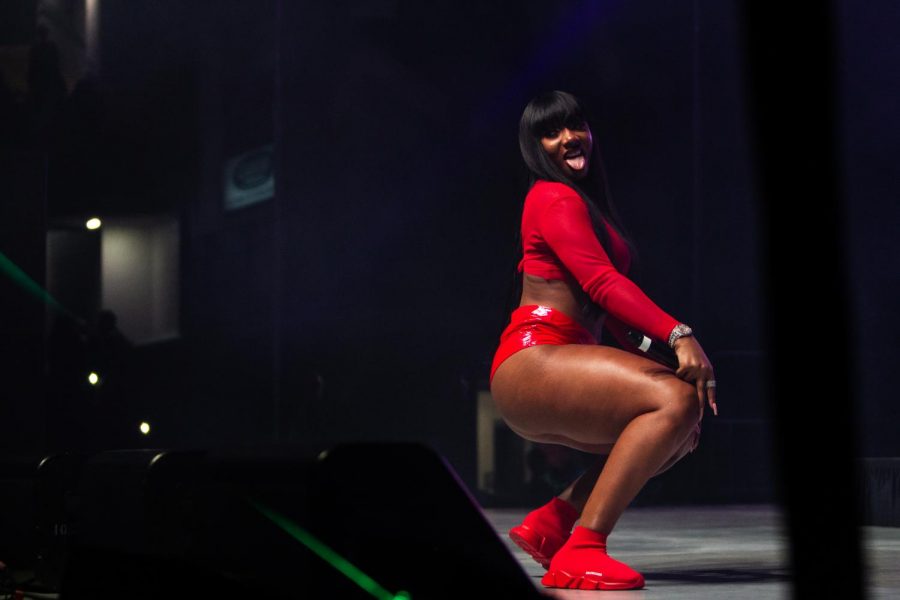 Megan also made the show interactive. Throughout the concert she invited audience members on stage to dance with her to her twerk anthem, “Simon Says.” Fans climbed on each other’s shoulders and screamed at the top of their lungs trying to get her attention for the chance to dance with the H-Town Hottie. One fan even dove under the bar that separated the floor from general seating to try and get to the front. There was never a moment when the gym was quiet. She closed the concert with singles from “Fever,” and although it felt like opener Bren Joy had more stage time than Megan, she compensated with a high-energy, enthralling performance. 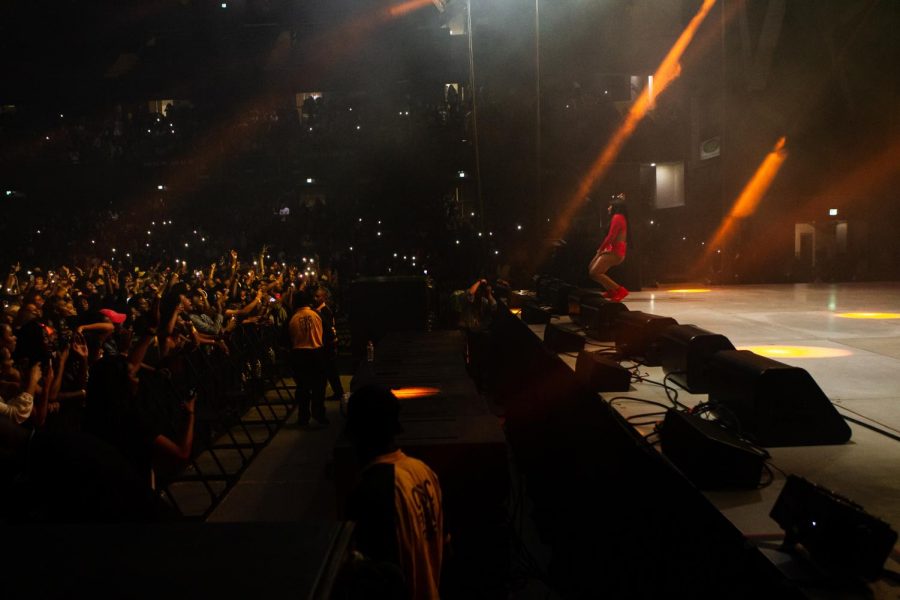