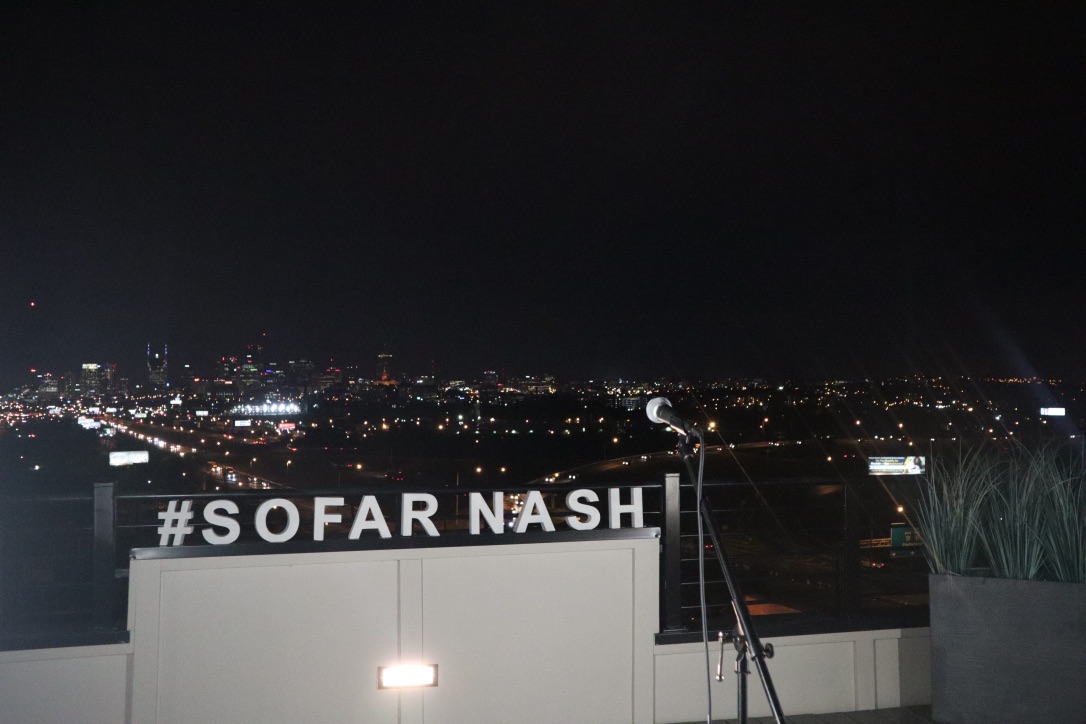 Concerts with mystery venues and artists give Nashville its very own version of Spotify’s “Discover Weekly” playlist, live.

When we first heard of Sofar Sounds, it was as if we were learning of a secret society. Hushed whispers described cheap concerts in beautiful locations, but with one catch: both the artist and the venue are secret when you buy your ticket. The idea of a house concert is nothing new, but these secret shows have been taking the world by storm all because of one company: Sofar Sounds.

In 2009, Sofar’s (SOngs From A Room) founder, Rafe Offer, was at a bar show with friends and couldn’t hear the music. A little frustrated, Offer invited the artist back to his apartment for a private concert. After a successful show, he began hosting more and more musicians until eventually his friends in Paris caught on. Sofar was born.

Now in over 400 cities, Sofar has grown into a global phenomenon with hundreds of “secret” shows each month. Artists like Ed Sheeran, Bastille and Leon Bridges have played Sofar concerts, but there is no way to know who will perform at your show until you arrive. This is the key to Sofar’s success: it relies on the curiosity of the guests at the shows.

We got to speak with Sofar performer Sam Nichol who has been playing shows since 2017 to talk about his experience with the secretive organization.

Nichol has played nine Sofar shows over the years, with sets in Nashville, Lexington, Louisville, Cincinnati, DC and Baltimore. For him, the choice to play at Sofar is an easy one. Each concert consists of three artists, no headliners, with each performer being paid a flat rate of 100 dollars by the company. While Sofar has been criticized for underpaying artists, Nichol explained that for up and coming musicians like himself, that wage for a 25 minute performance is better pay than many venues in Nashville. Sofar also takes care of setting up, taking down and, most importantly, providing a room full of eager listeners.

There’s a mutual love of music and respect for the craft that creates an environment at Sofar like no other. The crowd is silent, phones are put away, and artists are free to play anything from famous hits to songs they wrote that very day. There are truly no expectations.

Eager to see a show for ourselves, we bought tickets to a rooftop concert in East Nashville and attended our first Sofar show Sept. 10. We arrived to a house packed with noise and excitement. When the music started, however, the crowd suddenly fell into a silent trance. The first artist, pop artist and songwriter Jeffrey James, played his set with the Nashville skyline behind him, but rain eventually herded the crowd into our host’s living room.

The next performer, Lindsey Wall, flew in from California and wowed the audience with her unique style and songs from her unreleased upcoming album. Crammed shoulder to shoulder, excitement grew as Nashville band The Brook & The Bluff took the stage after Wall. The band commanded the room with their harmonies and groovy stripped-down style.

Behind the mystery is a devoted crew of volunteers and Sofar staff working to create meaningful shows with talented musicians. Garrett Keafer, the Nashville city director of Sofar, works full-time staging the shows, coordinating venues and selecting artists. Garrett went to his first Sofar not really knowing what to expect, yet he was in shock by the show’s end.

“I’m not a live music person, but I am a Sofar person,” Keafer said.

He joined the Sofar ambassador program, a group of volunteers that works various jobs at shows, in 2017 and describes his role as “a hobby gone way out of hand.” The same year, Keafer became the Nashville volunteer lead, and this year he was hired full time as the Nashville city director. Along with a board of volunteers, he goes through 30 to 50 artist applications a week and picks about 10 percent of artists for Nashville shows.

“My role is to make shows more and more memorable,” Keafer said.

The director’s fondest Sofar memory was a show in Germantown where Vanderbilt student Lackhoney performed. He vividly remembers the electric energy on the set.

“Everyone got up and danced,” Keafer said. “People usually don’t get up and dance without being invited to, so it is significant.”

While the Nashville branch of the company isn’t as large as other cities, the community is growing with each show as fans come back time and time again to expand their musical horizons.

Still, Sofar is looking to expand to a larger audience, especially with college students. Students can get a 25 percent off discount with a valid college email by booking tickets through UNiDAYS, a company dedicated to finding discounts for college students. In addition, Sofar is in the process of planning a few shows on Vanderbilt’s campus in Spring 2020, so keep your eyes out for them soon.