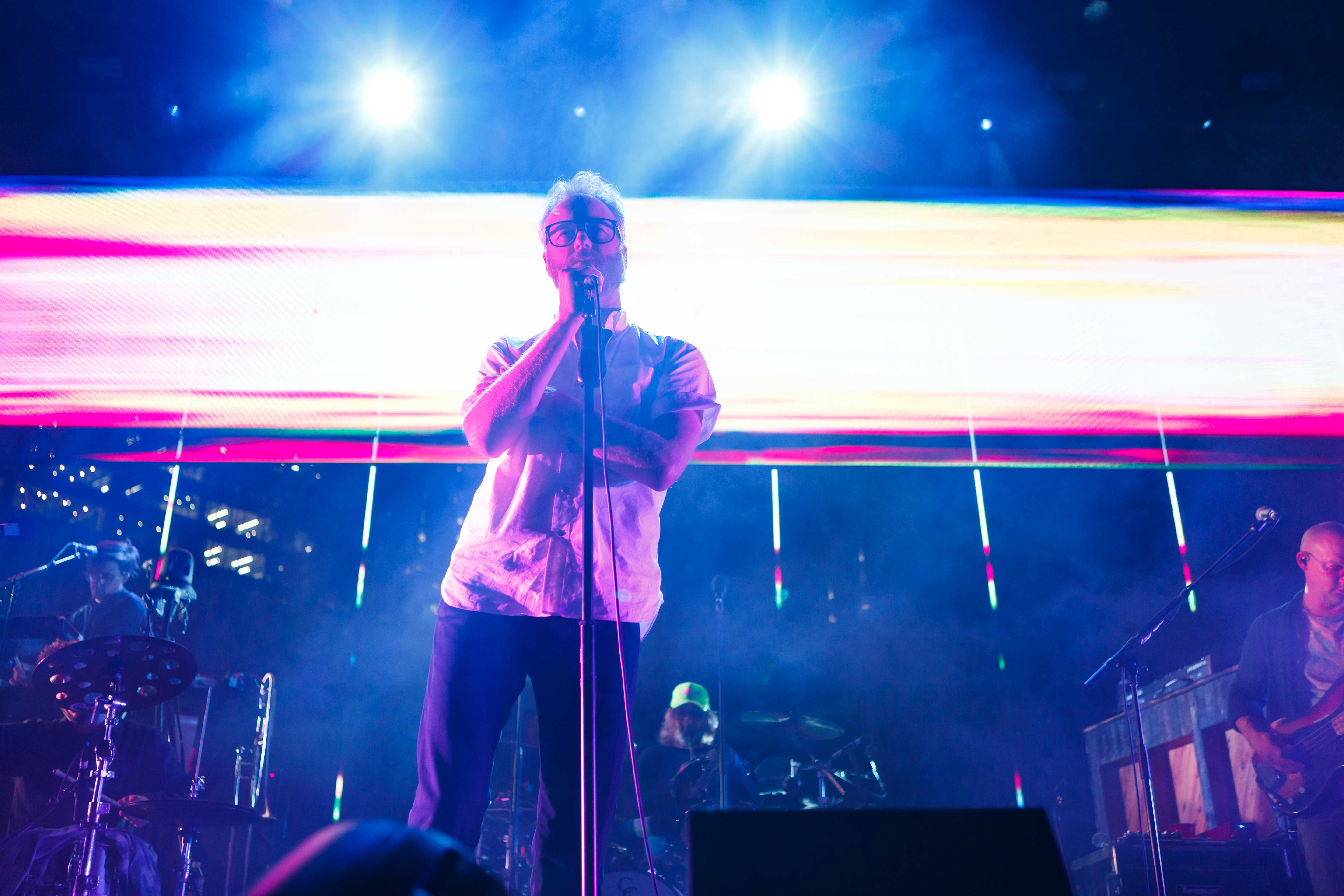 The National plays at Ascend Ampitheater on Thursday, May 03, 2018. (Photo by Hunter Long) (Hunter Long)

The National plays at Ascend Ampitheater on Thursday, May 03, 2018. (Photo by Hunter Long)

The National enchants at Ascend Amphitheater

After weeks of unseasonable cold and rain, the weather on May 3 was perfect for The National’s outdoor concert in Nashville at Ascend Amphitheater. The band is touring under their latest album, Sleep Well Beast, for which they won Best Alternative Music Album at this year’s Grammy Awards. The new album captures the band’s typical melancholic sound with lyrics expressing a middle-aged disenchantment with love, life and society, but adds an aggression and chaos more intense than in their previous albums.

Prior to The National, concert goers were treated to the indie rock band Big Thief, whose airy vocals and folksy roots provided a complementary melancholy to The National’s.

Between the light evening breeze and the not-quite-sold-out seats, the venue provided a level of intimacy unexpected from an outdoor concert. The band opened with “Nobody Else Will Be There” off of their new album, setting the contemplative tone for the rest of the show. Lead singer Matt Berninger’s baritone vocals are even deeper and more raw live, and the anger and pain behind the band’s lyrics comes through as Berninger screams and collapses, emphasizing key lines in songs like “The System Only Dreams In Total Darkness” or “Graceless.” 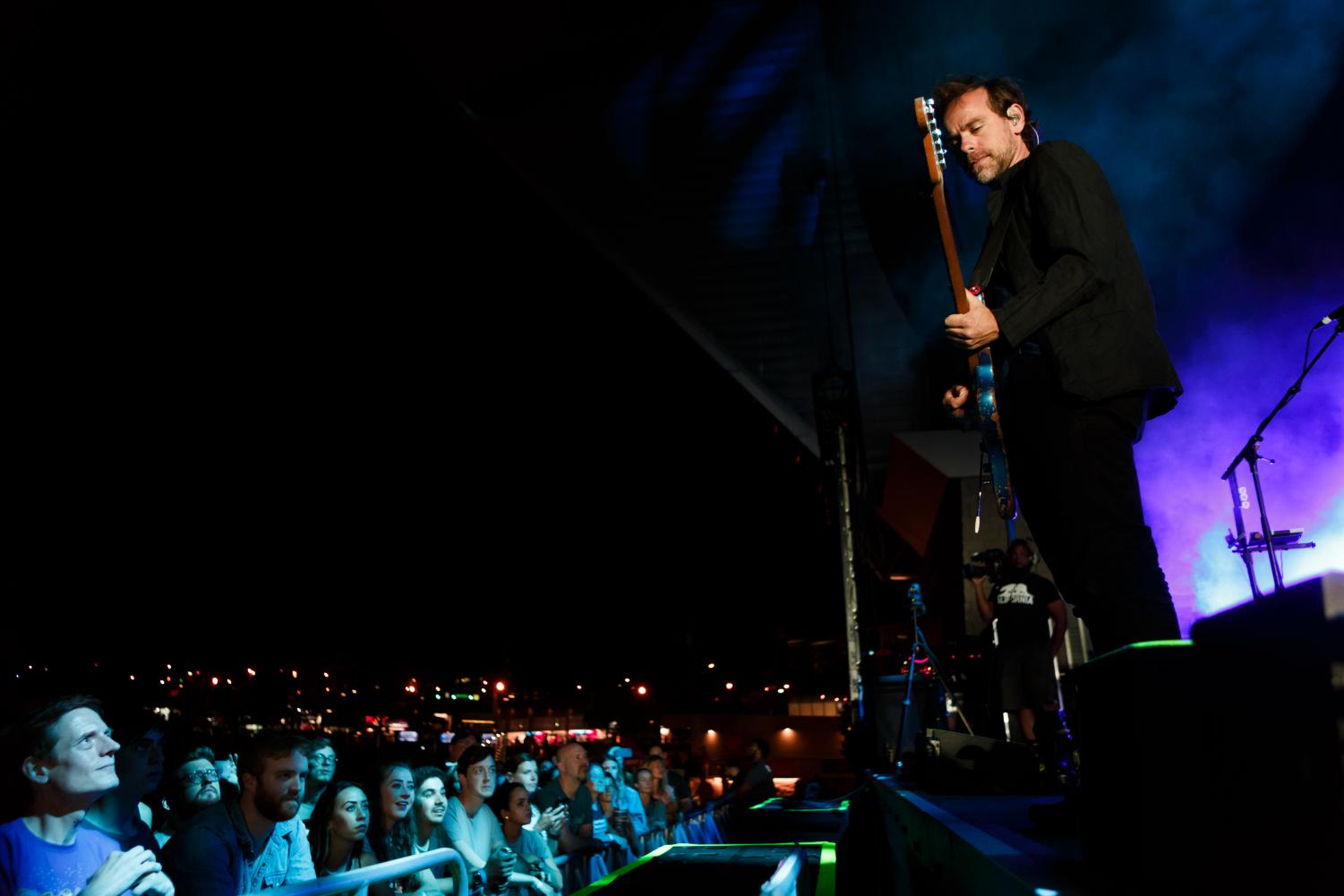 Despite their sorrowful lyrics, The National appears to deeply enjoy their work on stage, even if that work is writing about loss of love and faith in the world around them. A number of times, Berninger threw his wine filled solo cup into the crowd, and twice he jumped off stage to wade through the pit, making his way as far as he could before the crew members unspooling his mic cord could reel him back in. Berninger is a performer, jumping on top of amps and drum sets with the soaring notes of their songs and collapsing in on himself during the self-deprecating and aching lyrics. Through all the songs, though, is the sense of endurance and consistency, that even through the despairing contemplation, there is a dedication to survival.

The show was heavy on the newest album, but also treated the crowd to fan favorites off of Trouble Will Find Me (2013) and Boxer (2007), and played their newest song, Light Years, which they debuted at their April 30 show in Cincinnati. They closed out the concert with a special nod to Nashville, playing an acoustic version of “Vanderlyle Crybaby Geeks,” which they first did at The Ryman in 2010 in honor of the music hall’s history. They asked that the whole crowd join in, and the softness of the stripped song provided a gentle end to a deeply emotional and cathartic performance. 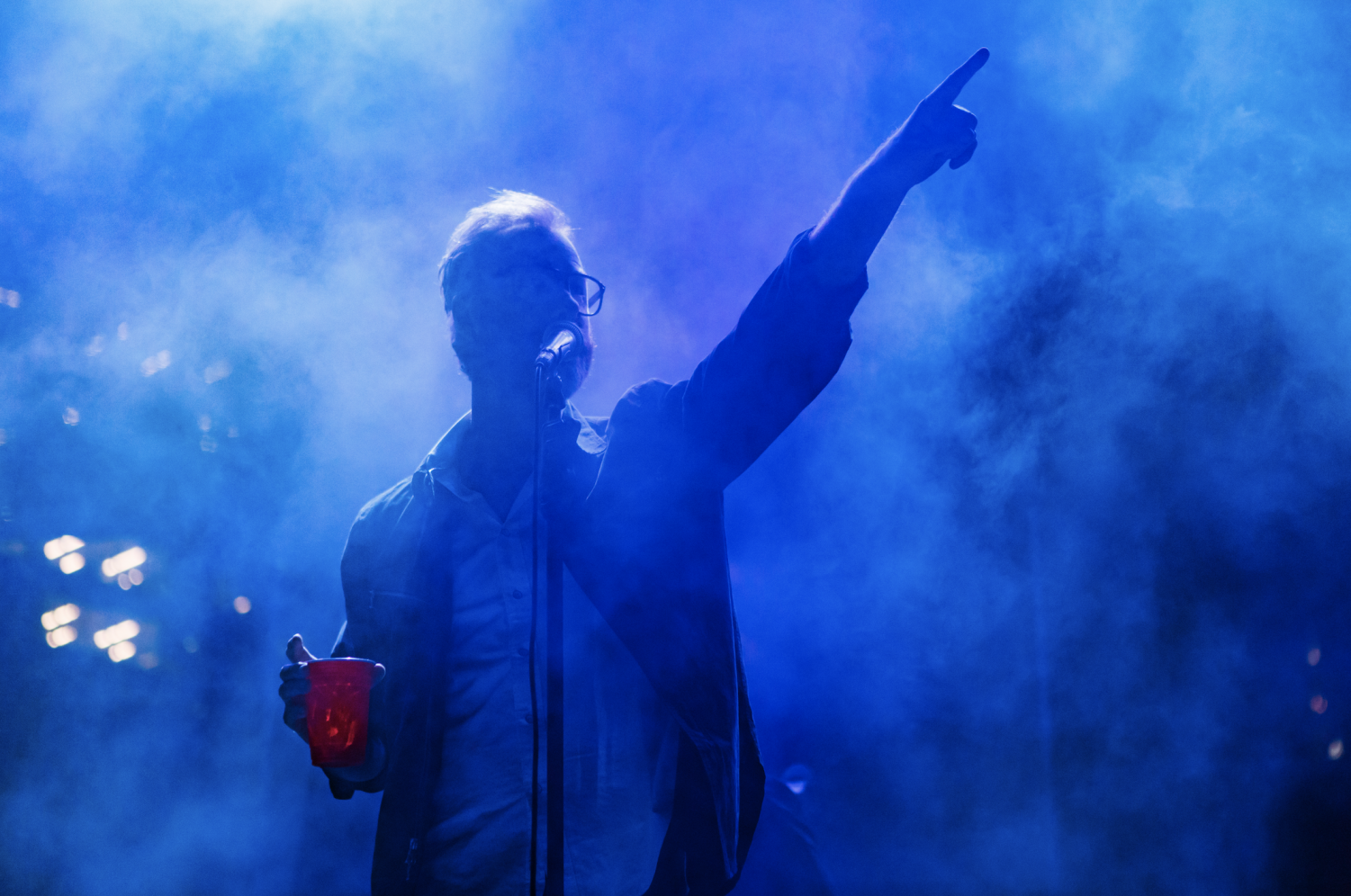