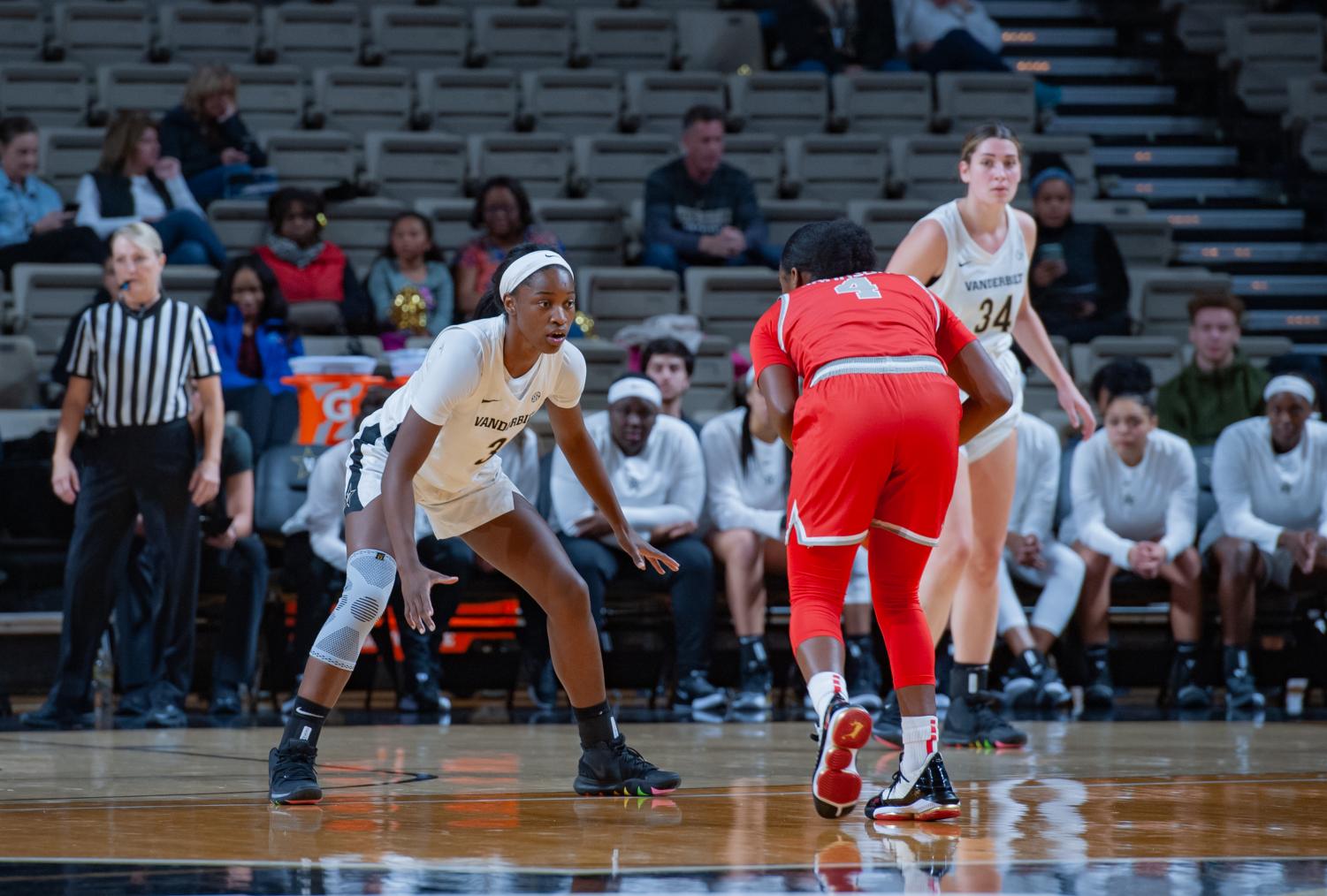 Jordyn Cambridge had four steals in the Commodores 80-46 victory over Radford in 2019. (Hustler Multimedia/Truman McDaniel)