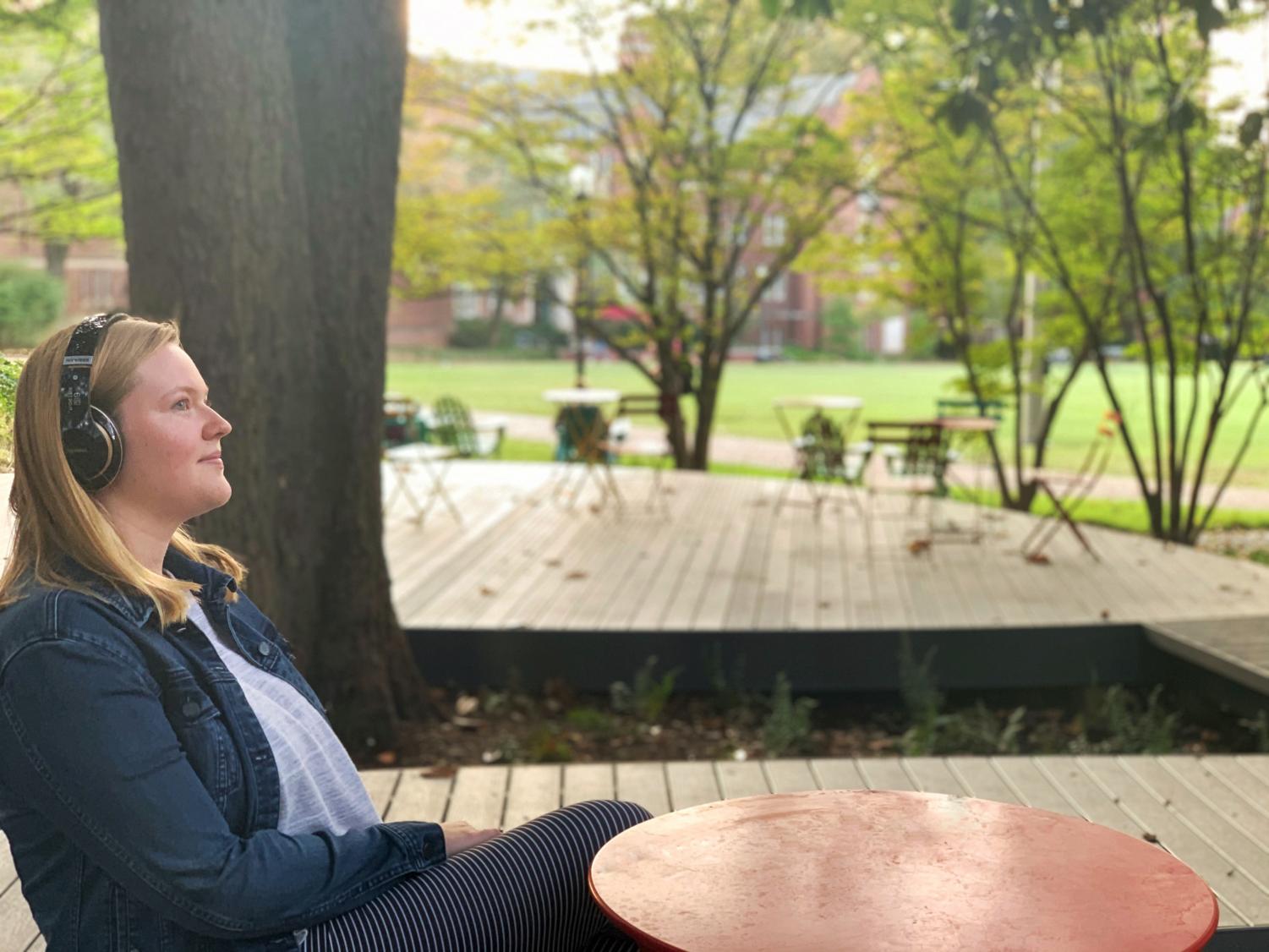 Get Psyched: On Repeat

Got a song stuck in your head? Here's why and how to stop it

I was halfway through my General Psychology midterm when Shawn Mendes and Camila Cabello’s summer hit Señorita somehow found its way into my head. I desperately needed to focus, so I tried to silence it. That worked for a while, but three questions later, the song was back.

I knew that I was experiencing an earworm. Earworms, scientifically known as Involuntary Music Imagery (INMI), refers to pieces of music spontaneously repeating in one’s mind that is out of his or her conscious control. Earworms are common: 89.2 percent of people experience earworms at least once a week. So, if you often find yourself struggling to get rid of a particular tune, you’re not alone.

Several factors contribute to the formation of an earworm. The first one is familiarity. Not surprisingly, recency and repetition increase the likelihood of an earworm. Therefore, Blair students who have just learned a new symphony and practiced it repeatedly may fall victim to earworms of that particular piece easily. In addition, certain features make some songs more predisposed to becoming earworms than others. Musical Psychologists found that tunes that form earworms have faster than average tempi, straightforward melody type and catchy interval patterns. Some commonly reported earworms “Bad Romance” by Lady Gaga, “Can’t get you out of my head” by Kylie Minogue and “Moves like Jagger” by Maroon 5 share these characteristics.

The most crucial factor in the formation of an earworm is the process of involuntary memory. Let’s go back to the example of my annoying Señorita earworm. Listening to the song as I studied, my brain encoded fragments of the tune or lyrics. It then formed associations between hearing the song and other sensory information, such as my stressed-out mood and the Psychology textbook in front of me. Afterward, stumbling upon cues that trigger the association during the test, some portion of the song enters the phonological loop, a part of your memory process that stores and repeats auditory information, and starts repeating itself. That’s why I was left with an earworm that bothered me for the rest of the test.

To be fair, not all earworms are unpleasant. But when it is, how can we mentally pause the song?

Distracting yourself with another task is a common yet efficient way of getting rid of earworms. It might sound obvious, but for the distractions to work, the task can’t be too hard or too easy, as these levels of tasks increase the occurrence of earworms. One task that can successfully distract you from earworms is mentally generating random numbers without repeating any number. Another solution is to sing the last sentence of the song or merely to listen to it. The science behind this remedy is the Zeigarnik Effect, which states that incomplete tasks stay in our memory longer. By finishing the song, you might kick it out of your head.

However, often, we can’t start a different task or sing songs aloud when we’re trying to focus on tests or in class. So, what are some practical tips for college students to reduce earworms without annoying the professor?

Try chewing gum. Research has found that subvocal activities, which are actions that involve the vocal apparatus, mess with our usual articulatory functions. As a result, chewing gum can reduce involuntary musical thoughts. Another physical remedy is to tap your foot or perform other motor actions in a different beat than the earworm. This disturbs the harmonious flow of the musical beat of the song in our heads. If you do use this strategy, make sure it’s subtle, so you don’t bother people around you!

Hopefully, the next time a song is stuck in your head, you know how to fight it. Congratulations on becoming an earworm slayer! Now I need to go grab some gum to get rid of “Bad Romance,” which has been auto-playing in my mind nonstop since I typed it in this column.

The Vanderbilt Hustler welcomes and encourages readers to engage with content and express opinions through the comment sections on our website and social media platforms. The Hustler reserves the right to remove comments that contain vulgarity, hate speech, personal attacks or that appear to be spam, commercial promotion or impersonation. The comment sections are moderated by our Editor-in-Chief, Rachael Perrotta, and our Social Media Director, Chloe Postlewaite. You can reach them at [email protected] and [email protected]
All The Vanderbilt Hustler picks Reader picks Sort: Newest
Subscribe
Login
1 Comment
Newest
Oldest Most Voted
Inline Feedbacks
View all comments
L
Lorena

Great column! Thanks for the background and tips on earworms 🙂