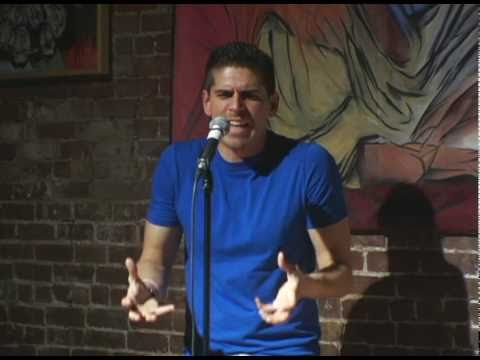 According to Carlos Andrés Gómez, the greatest catalyst for social change is personal narrative. During his workshop and show on Sept. 25, he not only told his own story through spoken word, but encouraged his audience to do the same.

Gómez’s visit began with the workshop, which provided an opportunity for the audience to explore writing as a means of expression. It began with the basics — introductions: name, pronouns and what had sparked the decision to come out to the workshop that day. The rest of the workshop went beyond the basics and focused on the overarching theme of many of his poems: identity.

After discussing the importance of identities that individuals carry with them throughout their lives, Gómez instructed his audience to select two of their most important identities as writing inspiration for the rest of the workshop. The workshop’s structure allowed for in-depth exploration of these two identities, as well as assessing the difficulties and benefits they bring. In the end, many questions were left unanswered, but Gomez said that’s how conversation about diversity, inclusion and social justice begins.

During his show, Gómez addressed the idea of privilege. He lives his life hyperaware of his privilege, and, with that knowledge, hopes to disrupt the social constructs that create it through his activism. With that in mind, his poems were rooted in his identity and tied to the idea of personal narrative. His poems allowed the audience to reflect, question, and sometimes, just to listen to his stories.

Some pieces, such as the opening poem about locking eyes with someone across the dance floor, were lighter than others. Gómez didn’t shy away from more hard-hitting pieces, including his viral poem, “What Does Hispanic Look Like?” This poem assesses the implication of using umbrella terms like “hispanic” and critiques the fact that these terms place groups of diverse individuals into a restrictive category. It is a category that warrants stereotypes, preconceived notions and above all, the “other.”

From hearing Gómez’s stories and listening to his spoken word poems, the audience was challenged to embrace individual identities, check privilege and remember that restrictive and unjust social constructs are there to be broken.