BREAKING: Vanderbilt will not move to off-campus football stadium 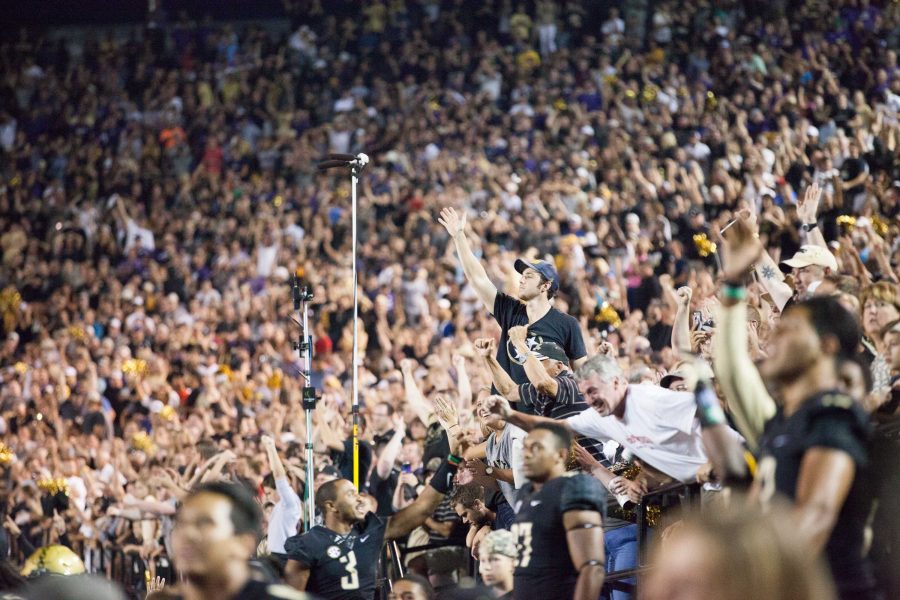 Vanderbilt announced on Wednesday that they will no longer pursue a plan to move Vanderbilt football games to an off-campus stadium shared with a potential MLS franchise.

Instead, the school will try to host “one or two” Vanderbilt events in the proposed soccer stadium.

The school issued the following statement:

“We are excited at the prospect of a Major League Soccer franchise in Nashville as it further exemplifies our city’s rise as a dynamic and diverse global community. While we plan to continue to support Nashville’s bid for an MLS team, we are not moving Vanderbilt football off campus. Dudley Field will remain the home of Commodores football.

“We know a new stadium will be part of the success in bringing MLS to our city. To enhance opportunities for our students to branch out and experience more of Nashville, we are exploring the opportunity to lease the proposed new soccer stadium for one or two Vanderbilt events per year. If it meets the needs of our fans, students, alumni and team, this could also include leasing the stadium for a football game, similar to what we have done in the past with Nissan Stadium, which received a great response from our community.

“We’re proud of Nashville’s continued rise and hope our city is successful in its bid for a new MLS franchise.”

The announcement comes just hours before the Vanderbilt Student Government Senate was to vote on a resolution opposing the plan to play football games off-campus.

The Hustler will update this story as more information becomes available.

UPDATE (5:00 PM Wednesday): The VSG Senate will still move forward with its resolution opposing Vanderbilt Football games being played off-campus, and Vice Chancellor David Williams will still attend the meeting and answer questions on the issue.

“The purpose of the legislation remains unchanged as we want to make a statement regarding both present and future decisions surrounding the location of football games,” VSG Senate speaker Molly Gupta told The Hustler via email.

Students who wish to hear more from Williams on the stadium issue and ask him questions directly should arrive at the Board of Trust room in the Student Life Center at 7:45.