Young the Giant returns to Nashville 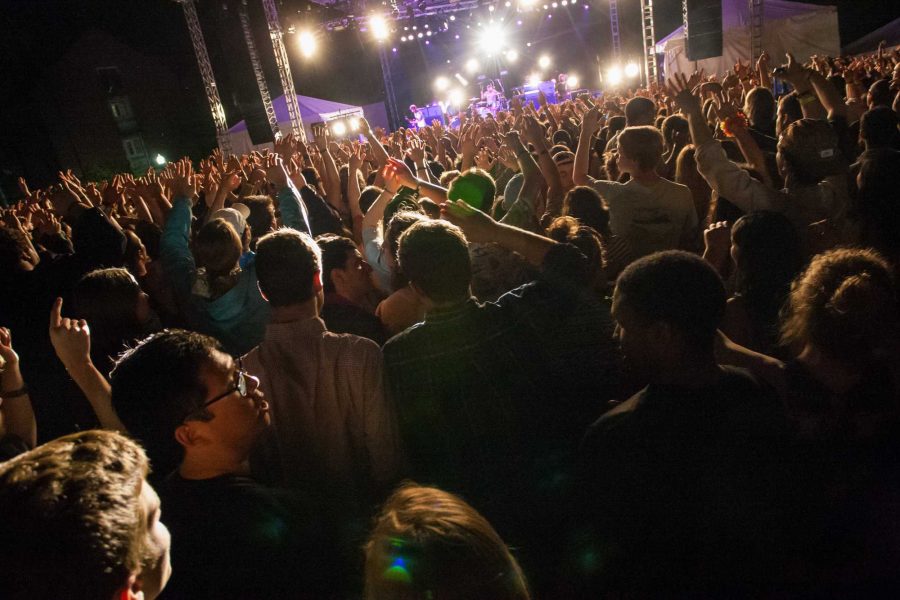 This upcoming Friday night, Ascend Amphitheater will host Joywave, Cold War Kids, and Young the Giant on behalf of the Journey’s Concert Series. All three bands have individually played Nashville at various venues in the past, but each is set to bring something completely new and unique to their weekend sets.

The quartet out of Rochester, NY returns to Nashville for the second time in four years. The band has progressed so much since their alternative rock debut with single “Dangerous” back in 2013. At their upcoming show they’ll be playing a much wider range of music, including their two EPs How Do You Feel? and Koda Vista, as well as music from their recent albums, such as Content, which was just released this summer. The self-described “fun-little-upstate-band-that-could” recorded their newest album in a barn 45 minutes outside Rochester, allowing them to experiment with more natural sounds and live amongst their music. Since their last appearance in Nashville, the band has scored some pretty coveted gigs, playing at Coachella, appearing on Late Night with Seth Meyers, and even opening for The Killers within the past three years. Their Friday set will surely be full of energy and possess a refined edge.

The indie rock staple Cold War Kids is set to play yet another outdoor setting after appearing on the Live on the Green schedule in 2015. Perhaps they know their music resonates best in outdoor settings. These California kids are ready to throw down again, playing crowd favorites like “Miracle Mile” and “First.” Their latest album, titled L. A. Divine, was released this past spring. From this show, expect some enchanting unexpected covers, flawless multitasking, and relentless energy.

Former Rites of Spring band Young the Giant continues their multi-city tour, gracing Nashville with their presence yet again. While touring their latest album Home of the Strange, the band’s concerts have been influenced by the current immigration situation in America, since several band members have international roots. Their ‘walk on songs’ have been everything from Bruce Springsteen’s “Born in the USA” to Green Day’s “American Idiot.” The Irvine-bred band is set to bring a whole new form of intimacy to this Nashville show, maintaining a high energy atmosphere while simultaneously creating a personal connection with their audience.

Be sure to check out all three bands downtown at Ascend Amphitheater this Friday. The outdoor show begins at 7 p.m. Tickets are $29.50 and can be found here.