Lauren Mandel: from VTV to SNL 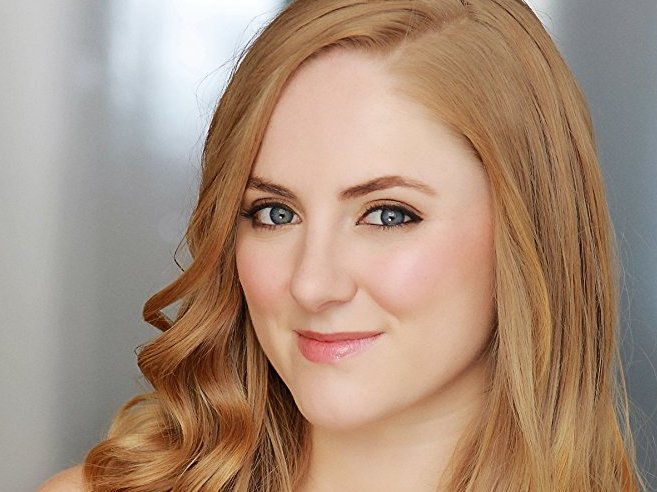 On any given night that Saturday Night Live is on air, you can find Vanderbilt alumna Lauren Mandel in the studio, researching a last-minute project for a writer or getting a script to a cast member. She lives for this bustling, high-stakes environment, and is used to having to react quickly.

“I love how fast-paced it is. I love the crazy energy- there’s nothing like being here on a Saturday. I love when things are changing as the show is happening,” Mandel said.

As a child, Mandel loved television and music, specifically the Disney Channel and the Hannah Montana show. Growing up in Chicago, she was surrounded by theaters, and started taking acting and improv classes at a young age. As a teenager, Mandel performed some of her original music in concerts put on by Radio Disney and did voiceover work.

“Essentially what I gravitated toward was creating my own stuff and making my own roles and being the one dictating the stuff that I was able to perform,” Mandel said.

This affinity to creating and a genuine curiosity about the entertainment business took Mandel to Los Angeles over summer breaks in high school. She networked with people in the industry and acted as an extra on movie sets to learn more about the production process.
what I gravitated toward was creating my own stuff
When she was 12 years old, Mandel and her family moved to New Jersey. Being close to New York City allowed her to engage with the entertainment industry there on a regular basis during high school.

Mandel started her post-high school studies at Emerson College, a communications-focused school in Boston, Massachusetts. She loved the time she spent there, but didn’t feel like she had a true college experience at Emerson and wanted to go to a school where she could further expand her horizons.

“I transferred to Vandy because if I wanted to be a creator, all I would have had content to create was ‘how to make a TV show’ or ‘how to make a movie’” Mandel said. “I was just so invested in it, and I’d grown up in that industry. I was obsessed with it. So coming to Vandy was a really diverse experience for me.”

Mandel transferred to Vanderbilt after her freshmen year of college at Emerson. To her, Vanderbilt was the picturesque university from the movies. Mandel also loved Nashville and the variety of people she met at Vanderbilt.

An education in student media

At Vanderbilt, Mandel created her own major – Cinematic Production and Communications – and minored in Corporate Strategy. However, she says that she got her true education in student media.

Mandel immediately immersed herself in media and entertainment at Vanderbilt. Before getting to campus, she looked up every club related to entertainment. She was immediately drawn to VTV and Tongue ‘N’ Cheek, Vanderbilt’s improv comedy group.

During her first year at Vanderbilt, Mandel assembled a team of thirty people to help her produce her show “The Scoop”, a local entertainment show, on VTV. She was able to interview Luke Bryan within her first month.

Her work with VTV scored her an invitation from the Vanderbilt Student Communication department to a conference with the College Media Association in New York City.

“I was really excited to do the CMA conference because it was an opportunity to hear from people from all facets of the industry speak as to how they got to where they are and what they were currently doing in their roles,” Mandel said. “I really knew I wanted to work in TV, but just hearing people talk about their work ethic and their determination to get to where they were, even if it wasn’t TV, was still very exciting.”

While at the conference, Mandel had the opportunity to tour Viacom, a large media company. After the tour, she met with the internship coordinator and expressed her interest in person about an internship that she had previously applied for online.

“This was my opportunity to get facetime and show her I had done the work,” Mandel said.

Mandel credits her boldness as the reason that she got an internship with MTV News, a division of Viacom, for the upcoming summer.

During that summer, MTV News was involved in the production of the Video Music Awards. Mandel worked with the senior talent producer at MTV News and helped with the “Live from the Red Carpet” at the VMAs at the end of the summer.

“I did my internship, and then at the end [of the summer] I went to school and went to two days of classes, and then came back to do the VMAs in Brooklyn,” Mandel said. “That was such an insane opportunity.”

As she entered her senior year, Mandel wanted to make the most of her last year at Vanderbilt and in student media. Along with her friends Julia Seales and Rachel Brittain, she made a short film throughout her senior year.

“We spent the fall writing the script,” Mandel said. “And I enrolled in the film capstone class.”

I think that was  my legacy at Vanderbilt: making things happen instead of just talking about them

In the film capstone class, each student works on one project for the entire semester. Students in the class help each other with their projects and give each other feedback. Mandel enrolled in the class to have time set aside to work on the short film, while Seales and Brittain worked on it with her as well outside of class.

“We did production in the spring,” Mandel said. “Then we graduated, and then we started submitting it to film festivals. ‘Cause when you have a short film, what do you do with it? YouTube is great, but we wanted to try doing a little more with it. So we sent it to film festivals.”

Over a year after Mandel and her friends first had the idea to make a short film, “The Delivery Girl” appeared in the 2016 Los Angeles Women’s International Film Festival and the 2016 New York Big Apple Film Festival.

“I think that was my legacy [at Vanderbilt]: making things happen instead of just talking about them,” Mandel said.

After graduating from Vanderbilt in the spring of 2015, Mandel moved back to New York. She signed up for a sketch-writing class with Upright Citizens Brigade, a comedy group.

“It wasn’t to become a better writer,” Mandel said. “That was part of it, [but] it was to meet people that I could then collaborate with like I did at Vanderbilt. If I wanted to make stuff, I was going to have to find a team again, and this might be my new home to do that.”

Through the sketch-writing class, Mandel met the head writer and creator of Night Late, a monthly late night talk show centered around the personality of one celebrity host. Mandel asked what she could do to get involved, and soon joined the show as producer, a position she still holds.

Mandel then started at the Page Program, an entry-level program where participants go through three rotations at different positions within NBCUniversal. During one of her rotations, Mandel was the Page for the 41st season of SNL. This experience at the show helped her when she applied to a full-time position at SNL.

As a writer’s assistant at SNL, Mandel usually conducts research for writers and assists them in any way possible.

“I’m their go-to for it feels like anything,” Mandel said. “My job is to say yes and make it happen, so that the cast and writers can focus on what they’re doing.”

Mandel has been working at SNL for two years, and she continues to work as a producer for Night Late.

“During the weeks that SNL happens, I’m completely dedicated to SNL,” Mandel said. “On the weeks where it’s not happening and I have free time, I will be above and beyond for Night Late.”

From her time at Vanderbilt involved in student media to her current jobs in New York, Mandel has enjoyed working hard and doing what she loves- no matter what time it is.

“I think anyone who knows me from Vandy, the ones that live in New York, they’re not surprised. They’re like, ‘Of course it’s 11pm and Lauren’s out doing a comedy show when you think she’d be in bed sleeping.’ I will never not do more than one thing at once.”