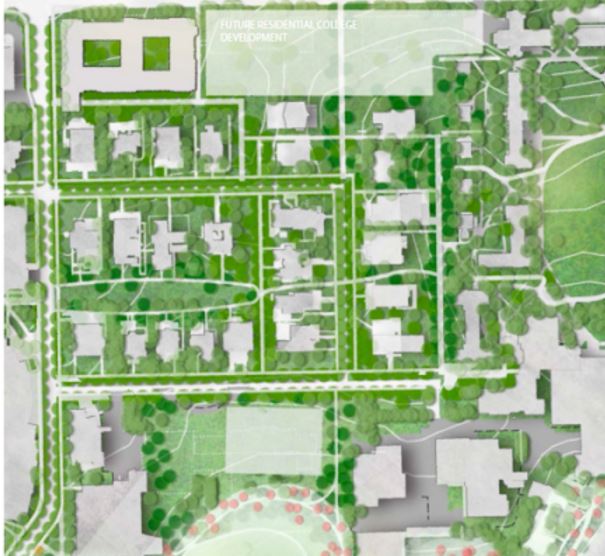 A campus-wide plan to introduce “greenways” to campus will eliminate more than 600 parking spaces near Towers and Greek Row. Parking spaces to replace them will not be added elsewhere, according to Vice Chancellor for Administration, Eric Kopstain.

The College Halls at Vanderbilt-Barnard are currently under construction, and soon after their completion, the “West End Neighborhood” — the area from West End Avenue to Vanderbilt Place which includes Towers East and West, the West Side Row houses (the Women’s Center, K.C. Potter Center and NPHC Houses) and the Greek houses — will see changes.

“I think we have ample spots for people to park in now, albeit some that are further away,” Kopstain said.“The residents of the West End Neighborhood enjoy an advantage in terms of parking that is unique to that neighborhood and is not enjoyed by any other set of students.”

Kopstain said there’s a need to take a futuristic view of the issue of cars and parking on campus. The university has had several transportation working groups, committees convened by the land use team to study a certain issue on campus and make recommendations. They are exploring the possibility of expanded Vandy Van schedules up to 20 hours a day or subsidizing ride sharing programs such as Uber. Additionally he said the future of self-driving cars in the next few decades could help to reduce the need for students to bring cars to campus.

Greenways, pedestrian-friendly green spaces, are planned to extend through campus to better connect different areas and make it easier to walk on campus. The new green spaces are part of the university’s plan to make the campus more park-like.

“To have a green and beautiful, sustainable campus, you can’t have 25% of the campus’s land mass be parking,” Kopstain said.

Plans for the West End Neighborhood are currently in the conceptual phase, and the university is expected to begin hiring architects in the near future. Changes are unlikely to affect students until at least fall 2018.

More images and information about FutureVU and the future of land use at Vanderbilt will be available at the FutureVU Expo, which will be held on April 19 at the Wond’ry.