OACS Director on his experiences in South Africa 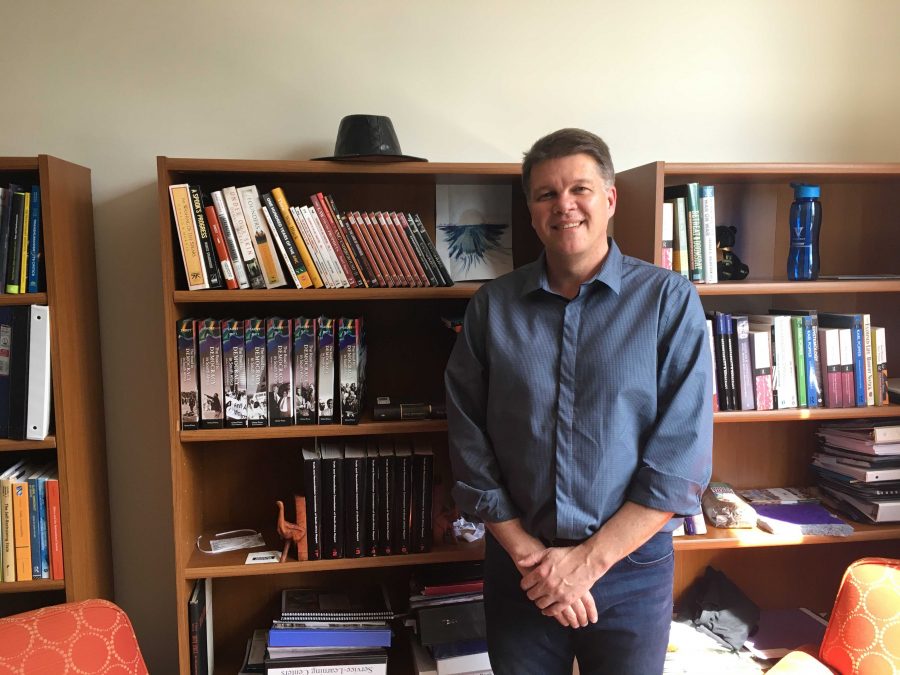 For Clive Mentzel, a life dedicated to service and justice began with a trip to the shop.

Like many white families in South Africa during apartheid, Mentzel’s family had a black female maid who worked in their house. One day when Mentzel was 12 or 13 years old, he drove his family’s black maid to the shop. The fact that a black female was riding alone with a white male caused an uproar at the shop, and Mentzel was refused service. His friends ridiculed him when they heard about what happened.

“As a young white boy then, going to school and growing up in a white suburb, yeah, I thought the world was great,” Mentzel said.

That day was the first time that Mentzel was realized the existence of apartheid. Out of this first introduction to the institutional discrimination that permeated South Africa, Mentzel has pursued a career structured around public service. From assisting in the negotiations that ended apartheid to ensuring free and accessible elections in South Africa to now working as the Director of the Office of Active Citizenship and Service here at Vanderbilt, Mentzel’s life is dedicated to helping and serving others.

Mentzel grew up in Port Elizabeth, South Africa, where he spent much of his time on the beach. He participated in surf lifesaving, a sport that combines competitive surfing and lifeguard services.

He loved school and was drawn to both the hard and soft sciences.

Mentzel was transcripted into the army at age 17, and continued to be enlisted in the army when he began college at age 19. Over the summer the army sent him into a township to maintain law and order, and the inequalities and racism that Mentzel saw there shocked him.

“What I saw there was literally horrendous,” Mentzel said. “That was my moment of clarity… when I reacted pretty strongly to what had occurred, and became active in the resistance.”

Originally, Mentzel wanted to become a clinical psychologist because he was interested in people and how to best help them. However, he decided that he wouldn’t be able to make as large of an impact as he wanted to in this field.

After completing his masters degree, Mentzel worked in the Department of Telecommunications. He became fed up with the bureaucracy, and after two years he began applying for other jobs.

Mentzel took a position with a think tank called the Constitutional Development Service, which had recently been set up to help with the emerging negotiations process in South Africa in the early 1990s.

“I worked with this group of folk who were interested in supporting peace talks,” Mentzel said. “That’s really what it was about.”

Mentzel advised around conflict resolution and became increasingly interested in this topic. He worked at both the national and local levels to resolve conflicts.

“On the one hand we had this national process unfolding, late 80s into the 90s, and on the other I did a lot of setting up local conflict resolution forums in towns and cities across the country.”

As part of his work at the Constitutional Development Service, Mentzel was fully immersed in the peace talks that led to the peace settlement in 1994, which brought the end of apartheid in South Africa.

Next, Mentzel was the National Director for Voter Education in the Independent Electoral Commission. In this role, he worked to organize the first free and fair universal elections for all people in South Africa, guaranteeing equal access to all.

“On the cusp of the new democracy, this was meant to oversee the first elections,” Mentzel said. “And that’s why I’m so proud of it, because voter education, now all of it’s awesome.”

The new South African constitution, which came as a result of the peace agreement, called for the country to be divided into nine new provinces. Mentzel was the Director of Strategy for the team that set up the province of Eastern Cape.

However, as Mentzel continued to work in politics, he became increasingly disillusioned with the post-Mandela state of South African politics. He and several others formed a centrist political party, the United Democratic Movement, and Mentzel was Chief Executive Officer of the party until 2000. The UDM had an anti-corruption platform that was focused on ensuring that the government provided basic services to its citizens. Additionally, it aimed to act as a legitimate opposition party to the established political parties.

While Mentzel he started his Doctor of Philosophy in Political Science at the University of Johannesburg. His PhD focused on the new constitution and cooperative governance. Mentzel then decided to move to Germany after finishing his PhD.

He spent a year in Germany and then moved to Greece, where he lived on the small island Zakynthos. For eight months Mentzel worked as a tour guide, speaking English, German and Dutch, before he moved to London.

“That was when I became serious about life again,” Mentzel said. “I ended up being attracted to local government in the UK.”

Mentzel spent a decade in London working on executive accountability in local government. He was also Chair of the London Overview and Scrutiny Network, a group that worked to encourage oversight and scrutiny of government executives.

While in London, Mentzel married and had kids. His family moved to Nashville when his wife accepted an offer to work at Vanderbilt University. The Political Science department also offered Mentzel the opportunity to lecture, which he accepted along with the role of Director of the Office of Active Citizenship and Service.

“As I’ve travelled, and I’ve travelled a lot, it’s the similarities that I’ve found quite compelling,” Mentzel said. “Things are called different names, the brands are a little different although some are universal as well.. But once you are here you realize it’s the same in the UK and it’s the same in South Africa…. For me, southern hospitality was something I had heard about, but then got to experience. So that was pretty awesome.”

When he arrived at Vanderbilt, Mentzel first realized how special the university is in terms of its students and constant stimulation.

“I discovered that a university is a real thing,” Mentzel said. “And that often those criticisms of it being an ivory tower depend really on yourself and what you make of a source of such powerful intellectual discovery.”

Mentzel soon found that he was able to fuse his profession as a political scientist and his position as Director of OACS at Vanderbilt. Coupled with his experience in the political science world, Mentzel has found joy in providing real-world experience to Vanderbilt students through the OACS office.

Mentzel enjoys curating the various roles that OACS plays on campus, from facilitating individual service to supporting student service groups to responding to the needs of the greater Nashville community.

Mentzel has also previously taught classes on conflict resolution and transitional justice. He will be teaching Transitional Justice in the fall of 2017.

Mentzel’s favorite spot on campus is the greenhouse above Stevenson, although he says that he loves the entire Vanderbilt campus. He claims that the bowls from Rand Dining changed his life.

“(I get) quinoa and everything else, sometimes vegetables, sometimes meat,” Mentzel said. “I just tell them to fill it up and they’re awesome. It’s my super favorite, I love it.”

Mentzel credits being authentic and sincere as keys to his success.