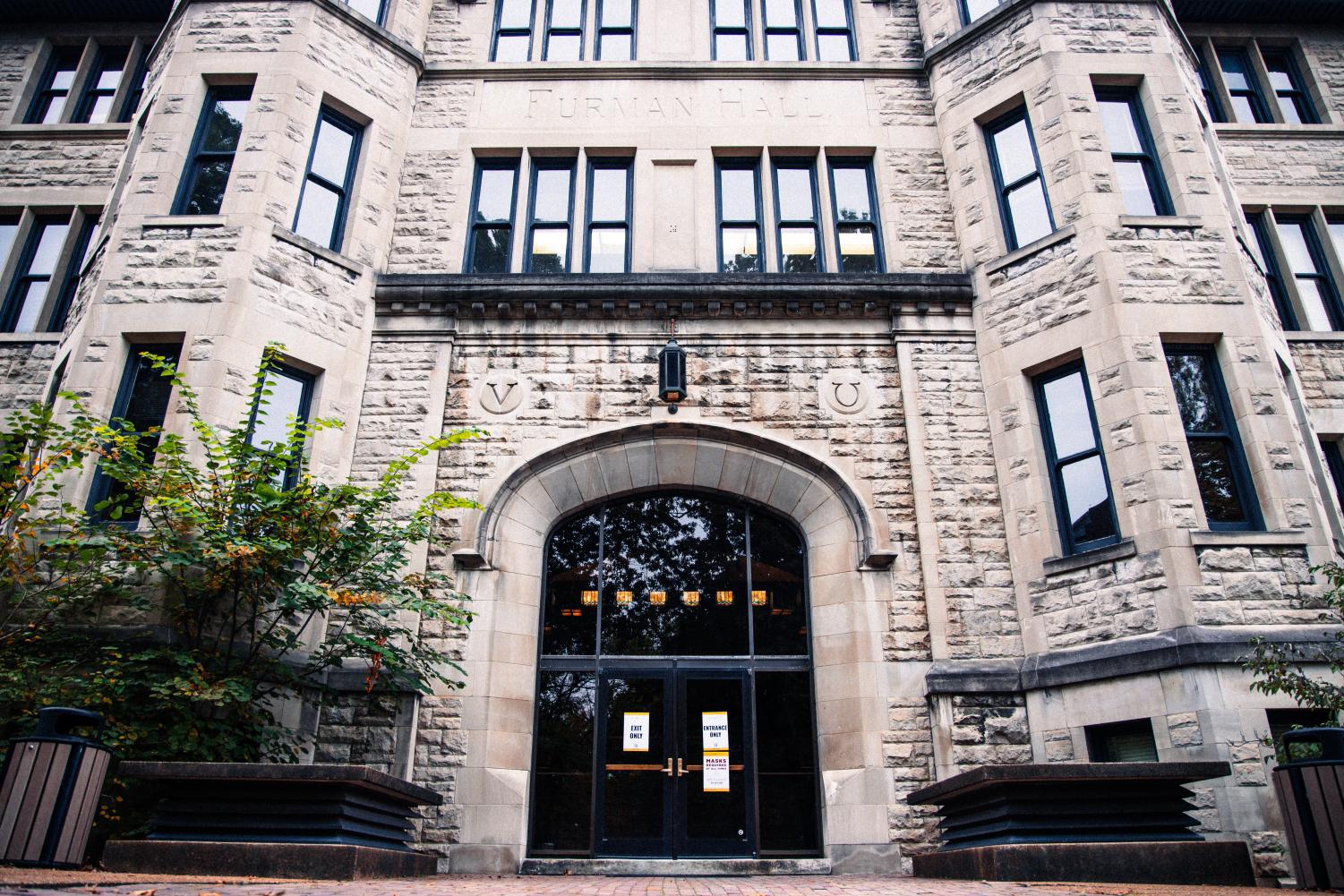 Professor Idit Dobbs-Weinstein’s lawsuit alleges that the policy violates the Americans with Disabilities Act and is an unlawful disability discrimination.

Associate Professor of Philosophy Idit Dobbs-Weinstein filed a civil lawsuit against Vanderbilt  on March 15, which claims that she suffered from “unlawful disability discrimination” due to the university’s mandated in-person teaching policies for faculty. She claims that she has a right to teach remotely as a disability accomodation under the Americans with Disabilities Act of 1990 (ADA), the Tennessee Human Rights Act (THRA) and the Tennessee Disability Act (TDA).

Dobbs-Weinstein filed the suit following Vanderbilt’s rejection of her request to teach remotely for the Fall 2021 and Spring 2022 semesters as a disability accommodation. On March 25, 2021, Vanderbilt announced that in-person classes would resume at the start of the Fall 2021 semester.

“The main thing to ask is the question ‘cui bono’ [who benefits]?…Why are they punishing me for being disabled?” Dobbs-Weinstein said. “For me, it [COVID-19] would be a death sentence.”

In the lawsuit, Dobbs-Weinstein requests compensation for lost income and employment benefits, as well as reputational damage, emotional distress and mental anguish.

“It has psychologically and physically affected me. It is really doing a lot of damage,” Dobbs-Weinstein said.

Per Dobbs-Weinstein, she began tutoring other students at the age of 10 and has taught her entire life.

“I’ve been a teacher for 62 years, so it’s such a repudiation of everything I care for and evidence of Vanderbilt’s arrogance.”

Dobbs-Weinstein is 72 years old and suffers from chronic obstructive pulmonary disease (COPD) and other pulmonary conditions, per the lawsuit. Hence, the suit claims that Dobbs-Weinstein qualifies under Section 101 of the ADA and faces heightened risks relating to COVID-19.

“I believe that I have been discriminated against based upon my medical disabilities and retaliated against for making requests for accommodation under the Americans with Disabilities Act,” the lawsuit reads.

“I am writing to advise that Ms. Dobbs-Weinstein should continue with remote teaching, or be given a further exemption from teaching in person past 2/4/2022,” Warren wrote in her statement included in the lawsuit. “She is seen in my office for chronic lung disease along with additional comorbidities that put her at increased risk of developing illness.”

“An additional accommodation option we could discuss is unpaid leave for the remainder of the Spring 2022 semester,” Bird said in the email.

The lawsuit reads that, on March 8, Bird offered Dobbs-Weinstein a paid leave of absence through August 15, 2022, as an accommodation. Bird acknowledged Warren’s medical opinion regarding Dobbs-Weinstein’s need for an accommodation but cited Vanderbilt’s in-person teaching policies as the basis for her decision. Bird did not respond to The Hustler’s request for comment.

“The university’s pedagogical model is based on in-person instruction, and remote teaching is not an option now that COVID-19 cases have decreased to the Medium level under the CDC guidelines, and vaccination is available,” Bird said in the email to Dobbs-Weinstein detailing the decision.

The Hustler was unable to independently confirm that Dobbs-Weinstein was offered unpaid leave by the university.

“It has come to my attention that her [Dobbs-Weinstein’s] request for remote teaching accommodations during the ongoing COVID pandemic surge is being denied,” Warren wrote. “This letter of medical necessity is in support of ongoing remote teaching for Professor Dobbs-Weinstein as her multiple underlying health conditions predispose her to significant risk in the event of COVID exposure.”

Similarly, in his response to the university, Braun addressed issues he claims are unresolved by the university’s accommodation, specifically in regards to how Dobbs-Weinstein supervises a Ph.D. candidate and an undergraduate student pursuing an honors thesis, as well as attends conferences. Dobbs-Weinstein also alleges that her salary increase for 2022-23 is based upon factors affected by a paid leave. The Hustler could not independently verify how the decision would impact Dobbs-Weinstein’s compensation.

Per Dobbs-Weinstein, career development opportunities like research funds and upcoming conferences are also contingent upon her continuing to teach and advise students.

“She has already approved research funds for conferences in Paris and Rome,” Braun said in the email to Cotton.

Dobbs-Weinstein also alleges that Vanderbilt already has infrastructure in place to Zoom people into their classes, as guest speakers have been Zoomed into her classes throughout the semester. In the Spring 2022 semester, she said guest speakers Martin Schuster, Jay Bernstein and Espen Hammer have spoken to her classes via Zoom.

“Why can other people Zoom in and I can’t?” Dobbs-Weinstein asked. “That’s the moment you see how punitive it is…It is pure arbitrariness, and that is what is most troubling.”

Dobbs-Weinstein also said she was frustrated by the university’s alleged lack of direct communication with her regarding her request and their alleged attempts to disconnect her from other faculty. The civil suit cites that Vanderbilt “failed or refused to engage in good faith in an interactive dialogue regarding” Dobbs-Weinstein’s request for accommodation.

“They even inhibited my [department] chair from talking to me, except through the lawyers,” Dobbs-Weinstein said.

However, the university disputed these claims in a statement emailed to The Hustler.

Alleged effects of the decision and virtual learning on students’ education

In a university statement emailed to The Hustler, Vanderbilt again stated that offering remote teaching and learning options is incongruent with the university’s mission and operations.

“Starting in Fall 2021, the university has communicated to members of the Vanderbilt community that offering synchronous, remote options via Zoom or other tools is inconsistent with the university’s decision to return to in-person instruction and could potentially cause issues of equity among students,” the statement reads. “We support faculty providing asynchronous options for students in quarantine and isolation.”

In a March 7 interview with The Hustler, Chancellor Daniel Diermeier stated that professors are permitted to host Zoom classes if they are quarantined due to having contracted COVID-19 or being identified as a close contact. Per Diermeier, exceptions would be made for professors “because they are the ones delivering the lectures.” “We wanted to be committed to a full return to in-person instruction”

Dobbs-Weinstein countered the university’s assertion about remote teaching, stating that it can be an important and effective option when necessary. In fact, she claims that the decision has had a negative effect on her students’ educational experience. Per Dobbs-Weinstein, the replacement instructors assigned to her Spring 2022 courses, while also being faculty members in the Department of Philosophy, do not have the same specialization as her. Dobbs-Weinstein further claims that teaching remotely cannot provide her students with the same “pedagogical experience” that she could have given her background and experience.

The Vanderbilt Hustler welcomes and encourages readers to engage with content and express opinions through the comments section on our website and social media platforms. However, The Hustler reserves the right to remove comments that violate the outlined policy. Comments which contain vulgarity, hate speech, personal attacks or appear to be spam or commercial promotion will be blocked or removed by The Hustler. The comments section, both on the website and social media, is moderated by the Editor in Chief.
All The Vanderbilt Hustler Picks Reader Picks Sort: Newest
Subscribe
Login
14 Comments
Newest
Oldest Most Voted
Inline Feedbacks
View all comments
C
Cali Blake

I’m 61 years old and female. I was diagnosed a couple of months ago with COPD and I was beyond scared! My lung function test indicated 49% capacity. After having had the flu a year ago, the shortness of breath, coughing, and chest pains continued even after being treated with antibiotics. I’ve been smoking two packs a day for 36 years. Being born without a sternum caused my ribs to be curled just one inch away from my spine, resulting in underdeveloped lungs. At age 34 I had surgery and it was fixed. Unfortunately, my smoking just caused more damage to my already underdeveloped lungs. The problem was having is that I enjoy smoking and don’t want to give up! Have tried twice before and nearly went crazy and don’t want to go through that again. I saw the fear in my family’s eyes when I told them about my COPD then they start to find solutions on their own to help my condition. It was not known then how dangerous cigarettes were for us, and it seemed everybody smoked but I was able to get rid of my COPD lung condition through the help of MULTIVITAMIN HERBAL CURE my husband bought, multivitamincare. org has the right herbal formula to help you get rid and repair any lung conditions and cure you totally with their natural organic herbs. I wish anybody who starts smoking at a young age would realize what will eventually happen to their bodies if they continue that vile habit throughout their life.

62 years? Teaching since she was 10? Long past time to retire. And she’s probably spent far too much time radicalizing students to be scared of the Chicom cold, as well as other bogeyman, to be of any benefit to the actual success of students and alumni, let alone Vandy’s reputation.

Revoke this grifter’s tenure and send her shuffling.

The article stated that she is 72 and SHE states she has been teaching for 62 years. So either she is actually 82 in which case its time to retire, or she was padding her experience and has multiple medical issues which is NORMAL for someone in their 80’s. Either way its time to retire. Aging is not a disability. It is an inevitability. By pushing this she sounds like a geriatric grifter. The students deserve better.

“Per Dobbs-Weinstein, she began tutoring other students at the age of 10 and has taught her entire life.”

Per Dobbs-Weinstein, she began tutoring other students at the age of 10 and has taught her entire life.
“I’ve been a teacher for 62 years, so it’s such a repudiation of everything I care for and evidence of Vanderbilt’s arrogance.”

2
Reply
I
Indie
Reply to  Ruby

If you read you will see she started tutoring at age 10. That said, it may be reasonable at this point to take retirement.

She started tutoring (a form of teaching) at age 10, now she’s 72. 72 – 10 = 62. I won’t call you disgusting names for your basic mental errors, like you’ve mistakenly done to Prof. Dobbs-Weinstein. But see the mistake, will you?

Apart from failures at basic arithmetic, your words betray a corrupt mind: It’s obscene to call one of Vanderbilt’s first openly LGBTQ+ faculty members a “geriatric grifter,” when all she wants is to do her job safely and receive standard compensation. Call your parents and touch grass, buddy.

A paid leave of absence doesn’t seem like a bad deal. I can’t imagine any objections to her continuing to work with current student projects. I have seen significant health accomodations for younger faculty. Legally, unhealthy old faculty are protected, but I also see how it could become a huge drain on an institution if it is becoming more common.

It literally says “unpaid” leave of absence in the article, definitely not a good deal 🙄

Something tells me that being her student is punishment enough.

I’m a sophomore currently, and I know some students of hers that were really upset when she was forced to leave. They said she was a really special professor and her class was actually really cool.

The lawsuit reads that, on March 8, Bird offered Dobbs-Weinstein a paid leave of absence through August 15, 2022, as an accommodation.

She claims the initial offer was unpaid, but they are now offerong paid per the article.

It literally says “paid” later on in the article.