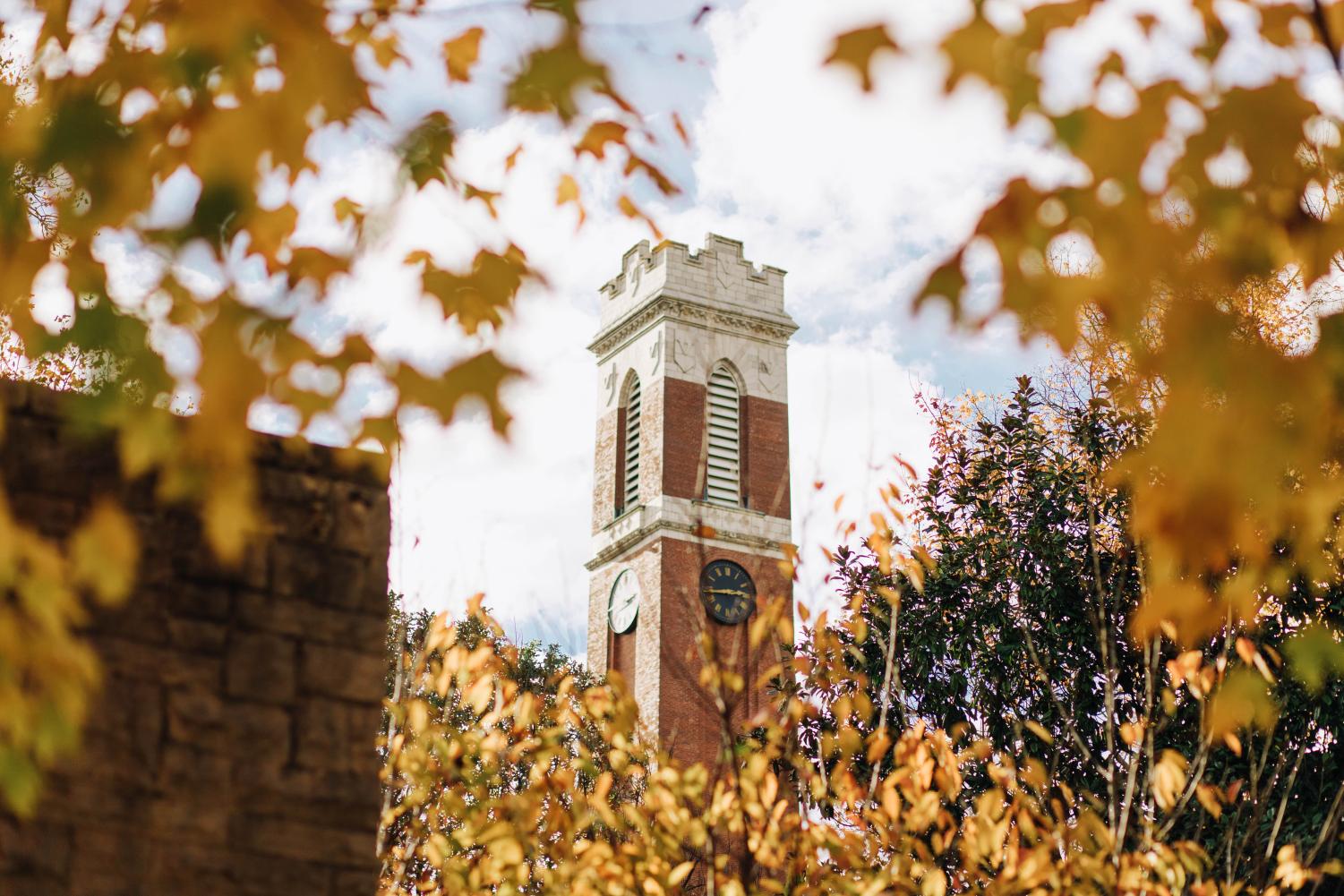 Vanderbilt, put your money where your mouth is with financial aid.

On Monday Jan.10, an antitrust class action lawsuit was filed in Federal Court in Chicago against Vanderbilt and 15 other top US universities. The schools, which include six Ivy League institutions and range from Emory to MIT to Duke, are accused of knowingly colluding to inflate the already high tuition costs for financially needy students.In other words, these schools have allegedly conspired to deny low and middle-income students the financial aid they purport to provide by artificially inflating their prices.

As the lawsuit highlights, Vanderbilt and the other 15 defendants are among the top universities in the country and seek to educate the best and brightest students. In touting their “need-blind” policies, they all claim to be committed to providing a level playing field and to allow low-income students to access opportunities they otherwise may not have. The plaintiffs state that these elite private institutions are “gatekeepers to the American Dream.” Vanderbilt proudly publicizes its need-blind policies during admissions cycles, and upholds itself as a bastion of financial equity.

However, these allegations suggest that the tales of social mobility Vanderbilt and other institutions sell to prospective applicants obscure the fact that the college admissions process still favors wealthy and legacy students. In a reality where young people are estimated to make less than our parents, it is all too clear that higher education is not being used to advance social mobility.

The defendant colleges are all members of the “568 Presidents Group,” dubbed the “568 Cartel” by the plaintiffs, in which the universities take part in the so-called “Consensus Approach,” where they work together to set “common standards for determining the family’s ability to pay for college.” This sounds reasonable, and the universities’ rationale is that setting common price standards allows students to choose the best school for them without focusing solely on price.

The United States government agreed. Section 568 of the Improving America’s Schools Act of 1994 provides an exemption from the antitrust laws that usually stop companies from making agreements to restrain trade–like price-fixing–only for schools that are totally need-blind. Need-blind schools don’t consider an applicant’s financial situation when evaluating their application; all of the defendants advertise being need-blind. Need-blind policies ideally alleviate the stress that applicants and their families face, as they ensure that students won’t be judged on their ability to pay, but instead by the strength of their application.

The lawsuit alleges that the schools were not entitled to the exemption because “at least nine defendants for many years have favored wealthy applicants in the admissions process,” including Vanderbilt. In favoring wealthy students, these schools have allegedly strayed from their promise to educate the best of the best, instead favoring the best of the wealthy. In 2020, Vanderbilt withdrew from the 568 Presidents Group; the university declined to comment on its reasons for withdrawing. However, if the allegations are found to be true, and Vanderbilt is found to have violated the antitrust laws, specifically Section 1 of the Sherman Act, it could be liable to pay former or current students the amounts they overpaid.

Unlike in the Varsity Blues college admissions scandal, where certain employees of universities and parents were engaged in illegal activity, the 568 Presidents Group and Consensus Approach is a systematic policy and implicates a wide network of the nation’s best schools. It is not the work of individuals, but a system that allegedly discriminates against low income students.

The complaint cites Vanderbilt’s website as saying in 2019, “we reserve the right to be need aware when admitting waitlisted students.” Thus, the lawsuit alleges that “in failing to conduct need-blind admissions as to waitlisted applicants, Penn and Vanderbilt do not qualify for the 568 Exemption.” Need-aware as opposed to need-blind means that universities can take a student’s financial situation into account when deciding whether or not to admit them. Further, former Vanderbilt President E. Gordon Gee said in 2019 that any college president under “truth serum” would have to admit that donations make a difference in admissions.

The plaintiffs include several current and former US citizen college students who received financial aid from one or more of the defendants and paid tuition over a period of time; two of the five named plaintiffs are Vanderbilt alums: Michael Maerlander, Class of 2019, and Brittany Tatiana Weaver, Class of 2007. Both plaintiffs received need-based financial aid from Vanderbilt. The complaint cites a study that claims “defendants have overcharged over 170,000 financial-aid recipients by at least hundreds of millions of dollars.” They also seek triple damages which is allowed under the Sherman Act.

“Defendants may independently choose to favor the children of the wealthy if they like, thereby disfavoring every other applicant,” the complaint states —“But if they make that choice, they cannot lawfully conspire on financial-aid policies. The law does not allow them to do both.”

The university declined to comment on specifics regarding the suit, as per usual with ongoing litigation, opting instead to release the following statement:

“We firmly believe in ensuring financial access to education for all qualified students on the basis of an individual applicant’s complete and factual record. We have a long-standing tradition of actively and aggressively recruiting students from a diverse range of socioeconomic backgrounds. Our financial aid program, Opportunity Vanderbilt, is recognized as one of the country’s best need-based scholarship programs. We will vigorously defend the university’s holistic admissions and generous institutional need-based financial aid practices.”

Ultimately, it’s frustrating that this statement does nothing to respond to the questions and concerns that students have. The ability to pay for education is one of the most serious stressors and barriers that students face, and a statement that reads more like a PR move than a thoughtful and transparent response feels tone deaf. Students have expressed their concerns with the lawsuit and the lack of transparency from the university.

“The immense difference in privilege that exists between some Vanderbilt students is already intimidating and the allegations absolutely make that atmosphere no better,” first generation low-income student Jonah Vazquez, Class of 2024, said. “It puts into perspective how easy it could be for the privileged to generationally reinforce their privilege: increasing the price to attend these elite institutions at the cost of juicing the wallets of those who can’t afford it. For students like myself, our future depends on financial aid. From the bottom of my heart, I hope it isn’t true.”

In light of the allegations, it’s commendable that Vanderbilt has withdrawn from the 568 Presidents Group, and we hope that going forward it prioritizes financial equity over profit. As the complaint references, Vanderbilt has a 10 billion dollar endowment, and an undergraduate student population where 70% of its members come from the top 20% of the income distribution.

Vanderbilt should further strive to focus its considerable resources on those with financial need. As clear barriers to higher education continue to reinforce themselves, Vanderbilt must aim to listen to the concerns of financially-needy students, and take their input with regards to making its educational experience accessible. If the allegations are true, Vanderbilt has a responsibility to reevaluate its commitment to financial equity.

The Vanderbilt Hustler welcomes and encourages readers to engage with content and express opinions through the comments section on our website and social media platforms. However, The Hustler reserves the right to remove comments that violate the outlined policy. Comments which contain vulgarity, hate speech, personal attacks or appear to be spam or commercial promotion will be blocked or removed by The Hustler. The comments section, both on the website and social media, is moderated by the Editor in Chief.
All The Vanderbilt Hustler Picks Reader Picks Sort: Newest
Subscribe
Login
2 Comments
Newest
Oldest Most Voted
Inline Feedbacks
View all comments
M
Morgan

Very insightful piece! I’m interested to see what Vandy does next…

Put the blame where it should go: ex-Chancellor Zeppos, who has shamed our university and sold out to the rich. In return, he was paid many, many millions. Federal prison looms, and not a minute too soon, for an administrator of epic cruelty and dishonesty.