Clark Lea spoke to the media Tuesday as Vanderbilt heads to Knoxville to face off against Tennessee in their annual rivalry matchup. 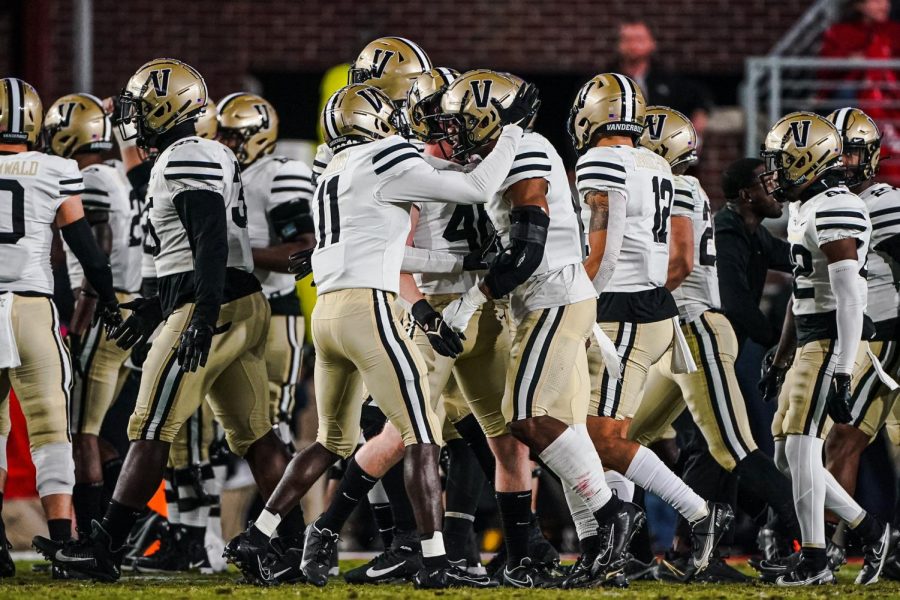 Vanderbilt will wrap up its 2021 football campaign this weekend against the rival Tennessee Volunteers. The Commodores have lost the last two games in the series, after winning three straight between 2016 and 2018. Clark Lea addressed the media on Tuesday afternoon to talk about the upcoming contest.

One point of contention over the last few weeks has been the matter of who will start at quarterback. Lea clarified the plan on Tuesday:

“We’re gonna start Mike [Wright] this week. Just the right thing to do for this week. There’s going to be carry-over in the plan, and there were things that we felt like he was able to do last week that will be helpful in this week’s plan as well,” Lea said. “ But Ken [Seals] is a warrior. Ken has battled. He has fought back from a surgery, he has been banged up and he’ll be available. But I just want to have such a respect for how he has fought through the physical strain of a long season and honor that. Glad to be with us and available. Mike, will get the start this week.”

Vanderbilt was highly competitive in their 31-17 loss last week at Ole Miss. The Commodores were outgained by just 16 yards against one of the most potent offenses in the country and played close football until the end of the contest. Lea feels there is more to build on, however.

“We need touchdowns. This game will mirror last week’s in a lot of ways. This is a very talented, explosive offense that, if given rhythm and the opportunity, can score in chunks. We’ll need to be a game-control offense that finishes with touchdowns. We came up with three field goals in the first half against Ole Miss and needed in the second half to punctuate those drives with touchdowns. That’ll be where the focus is this week.”

The annual rivalry between Vanderbilt and Tennessee has been hotly contested of late, with each team winning five matchups over the last decade. Lea played in the contest three times during his time on West End, and understands the significance of the hatred between these two teams.

“The game means a lot. It’s an emotional game. It’s one that means a lot to me personally. It means a lot to our team. We’ve been proud of how our program has performed in this game in the recent past,” Lea said. “ This is about Team 1 finishing the season on a high note. This is about us finding our highest level of performance. This is about us pouring into the relationships that we built and have really kind of pulled us through here to the finish, and honoring those in the way we fight and the way we play on the weekend. It’s certainly a game that we are excited about and one that we’re always going to be excited for. But I think in Year 1, there’s a special attention to us finishing the job for each other as Team 1 and really hoping to build to a crescendo here at the end.”

The Volunteers also sport a first-year head coach this season in Josh Heupel. Tennessee currently sits at 6-5 on the year, good enough for third in the SEC East. Last week they defeated South Alabama, 60-14. Lea knows the challenge that the high-powered Volunteer offense will bring.

“Well, the tempo is a challenge. Obviously Coach (Josh) Heupel is a great offensive mind and they run at hyperspeed. The quarterback has been really effective for them both throwing the ball and running it, and they have skill on the perimeter that can create speed mismatches,” Lea said. ”So we have to be great at tackling in space. We have to be great in handling the tempo. Some of that will be building on the plan we had against Ole Miss, needing to go a little deeper in the execution of that plan. But I think this offense presents some different challenges that will further stress us, and so this is an important week of practice. A great way to shift our focus in preparing for this last game is knowing that we’re going to play against an explosive offense that’s going to put us in tough positions, but also knowing that we have everything we need to make the stops. It’s about focus and execution.”