Phi Delta Theta fraternity to return to campus in Spring 2022

The Vanderbilt chapter of the fraternity was suspended in Spring 2017 after violating the fraternity’s anti-hazing and alcohol-free housing policies. 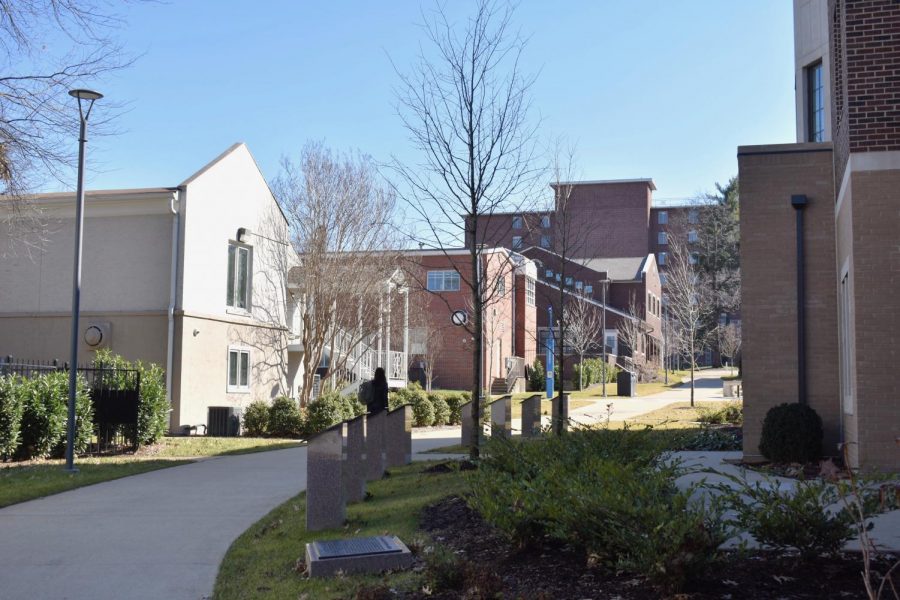 Vanderbilt’s Tennessee Alpha chapter of Phi Delta Theta fraternity (Phi Delt) plans to return to campus in Spring 2022. The chapter has been suspended since Spring 2017 due to university and national fraternity policy violations.

Kristin Torrey, director of the Office of Greek Life (OGL), said in an email to The Hustler that Vanderbilt’s chapter of Phi Delt was suspended after breaching risk management and new member education violations. Jim Rosencrans, director of talent acquisition for the Phi Delt general headquarters, specified that the suspension resulted from hazing and violations of the fraternity’s alcohol-free housing policy.

“Once the investigation was complete, the members were held accountable and removed, as well as the charter being suspended,” Rosencrans said.

The Tennessee Alpha chapter of Phi Delt was previously suspended in 2004 similarly due to risk management violations and returned to campus in 2010, according to Rosencrans. He said variations in chapter suspension times are due to the case-by-case nature of the disciplinary process involving both the university and national fraternity.

“The Office of Greek Life staff will work in collaboration with the Phi Delta Theta national staff and Phi Delta Theta alumni advisory board to help support this chapter and make sure the members understand the expectations for membership and ensure operations that align with the rules, priorities and values of the VU Greek community and Phi Delta Theta,” Torrey said.

Phi Delt will reoccupy their former house on Greek Row, the current house of the Sigma chapter of Pi Kappa Alpha (PIKE), in Fall 2022. Executive members of the newly-established chapter will be allowed to live in the house at that time, according to Rosencrans. Until then, Torrey said Phi Delt will meet in reservable spaces on campus.

Torrey said PIKE will not be exclusively occupying another space on campus next fall, as of now. Per Rosencrans, Vanderbilt’s chapter of Phi Delt is able to reclaim the current PIKE house because the Phi Delt national fraternity has a long-term contract with the university regarding the occupancy of the house, despite the house being university property.

“We are working with the administration to explore our options for the coming years,” senior Andrew Lupton, president of Vanderbilt’s PIKE chapter, said about Phi Delt reclaiming their house.

In 1883, Phi Delt became the first established fraternity at Vanderbilt. Rosencrans described how the fraternity’s long history at Vanderbilt gives special meaning to the chapter’s return to campus. He said he is particularly excited to revive the chapter’s alumni base throughout the reestablishment process and going forward.

“The opportunity that’s unique to this instance is having a chapter on a campus where we have such a big campaign going on,” Rosencrans said. “They get to see hands-on what the money that they fundraise goes to; they’ll be able to see the progress being made in that medical center.”

The initiative aims to raise $3.5 million to put toward ALS research and the hiring of a Director of ALS Research at VUMC.

“VUMC is honored by this partnership and the enthusiastic support we are developing for ALS research,” Dane Chetkovich, director of neurology at VUMC, said in an August 2021 Phi Delt press release regarding the partnership. “Community partners influence our research priorities when they want to invest in specific scientific questions. When private funds lead the way, public funds from larger institutions and government agencies like the [National Institutes of Health] NIH often follow.”

The Tennessee Alpha chapter of Phi Delt has won 15 Founder’s Trophies since the award’s inception in 1929—the second most of any university. These trophies are given to the best Phi Delt chapter each year at a “medium-sized” school, as determined by the national fraternity. While Rosencrans stated that he hopes the reestablished chapter continues the chapter’s legacy, he looks forward to making Phi Delt more representative of the Vanderbilt student body.

“When we come onto a campus for expansion, the history and tradition of the chapter is important to us, but expansion is also an opportunity to bring in new opportunities to the chapter,” Rosencrans said. “We seek out student leaders who want to challenge the status quo and be part of a change on campus to invigorate a positive culture.”

Rosencrans said diversity, equity and inclusion initiatives are being put in place on a national and chapter level to ensure a welcoming environment for brothers and community members. For example, the national fraternity pledged $250,000 in need-based scholarships in August 2021 for first-generation members initiated in the 2021-22 academic year. Rosencrans discussed how the national Phi Delt fraternity has initiated programs to combat issues with Greek Life and fraternities brought to light by the national and campus-wide Abolish Greek Life movement.

“[Expansion] drives diversity for our organization,” Rosencrans said. “We’re seeing a lot of interest in the fraternity system currently, and when you couple that interest with peer-to-peer accountability, it really challenges fraternities to ensure that they are bringing in the best members. The Abolish Greek Life movement is still very visible [on Vanderbilt’s campus], but I think there are more constructive conversations occurring as a result; we’re excited to join those conversations.”

Under the guidance of the newly-established national diversity and inclusion committee, Rosencrans said that these values will be reflected during recruitment, which will begin in Spring 2022. Robbie Nunes, Phi Delt national recruitment specialist, will be the advisor for the chapter’s expansion. All students initiated into Phi Delt in Spring 2022 will be re-founders of the chapter.

“We [Rosencrans and Nunes] spent some timing talking with campus faculty and staff from the Fraternity and Sorority Life Office [OGL] and from the Student Involvement Office as well as many other different offices on campus and some students to learn more about the campus,” Rosencrans. “Our goal is to listen to those conversations and be able to provide the opportunities that the students are looking for and that the faculty and staff want to see from a fraternity.”

Rosencrans explained that recruitment will include one-on-one interviews with rushes to assess their alignment with Phi Delt’s three core values: friendship, sound learning and rectitude. Furthermore, he stated that group activities will be implemented during the rush process to evaluate rushes’ interpersonal dynamics and interactions.

The Interfraternity Council (IFC) did not respond to The Hustler’s request for comment regarding Phi Delt’s return to campus.