The Vanderbilt Hustler caught up with Ruby Draayer, assistant sports editor of The Daily Mississippian, to preview the Commodores’ matchup with the Ole Miss Rebels. 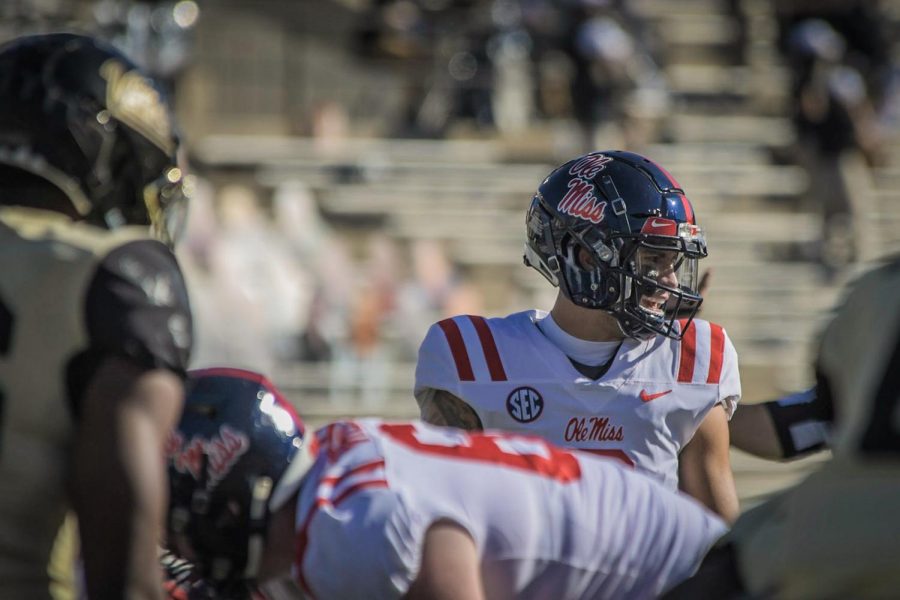 The Vanderbilt Commodores (2–8) and the Ole Miss Rebels (8–2) find themselves trending in opposite directions. Vanderbilt’s last conference win was in the 2019 season against No. 22 Missouri, while Ole Miss has won every conference game played outside the state of Alabama this season.

The Vanderbilt Hustler spoke to Ruby Draayer, assistant sports editor of The Daily Mississippian, to preview the Commodores’ matchup with the Ole Miss Rebels.

Vanderbilt Hustler: Heisman contender Matt Corral has led Ole Miss to second in the FBS in first down offense (272 first downs) and third in the FBS in total offense (522 yards per game). Meanwhile, Vanderbilt is last in the SEC in total defense. What can we expect to see from Ole Miss’ offense this Saturday?

Ruby Draayer: Ole Miss is unique in that they are a very two-dimensional offense. The running back room is stacked with capable backs who can run the ball very efficiently. The past few weeks, the Rebels have been dealing with significant injuries on offense, but now that everyone looks to be on the mend, it could mean that the Vanderbilt defense will have their hands full.

Ole Miss’s run game exploded in the Texas A&M game, with running back Jerrion Ealy finishing with 152 yards and the team with 257 yards. How has the run game progressed through the season, and what can we anticipate from it against Vanderbilt?

One of the bright spots of the Ole Miss team this year is the running backs have maintained the same success from Week 1. Jerrion Ealy, Snoop Conner and Henry Parrish Jr. have all had significant playing time this season, and have each had their own moments to shine. With capable running backs, it opens up the pass offense option.

Vanderbilt’s starting quarterback this Saturday will be either dual-threat Mike Wright or traditional pocket-passer Ken Seals, who left last Saturday with a leg injury. Would Ole Miss’s defense have to adjust its game plan given one or the other?

This year’s Ole Miss defense has faced both types of quarterbacks throughout the season. Maintaining the 3-2-6 defensive scheme, there probably won’t be a huge change once the starter is decided. Typically, the defense has performed better with a passing offense, but if dual-threat quarterback Mike Wright gets the start, the defense will need to blitz to take some pressure off of the defensive backs in order to be effective.

With the upcoming game being Senior Night for Ole Miss, are there any seniors (including fifth-year players) who’ve struck a special chord in recent Ole Miss history?

Senior Night will be an incredibly big night for so many Rebels. Sam Williams has been a superstar this year, and broke the Ole Miss season record for sacks earlier this season with 10.5 sacks. He used his extra year of eligibility to come back this year and has made a huge name for himself.

What is your score prediction for Ole Miss vs. Vanderbilt? =

Sorry Vandy fans, this is going to be entirely an Ole Miss game. I think Vanderbilt will probably get some points on the board, but Ole Miss will step back into their usual offensive production, and the Landshark defense will have no problem handling the grim Commodore offense.