Vanderbilt Army ROTC battles through missions in the 2021 Ranger Challenge

The 7th brigade competed against 39 other 7th brigades in a weekend full of challenges. 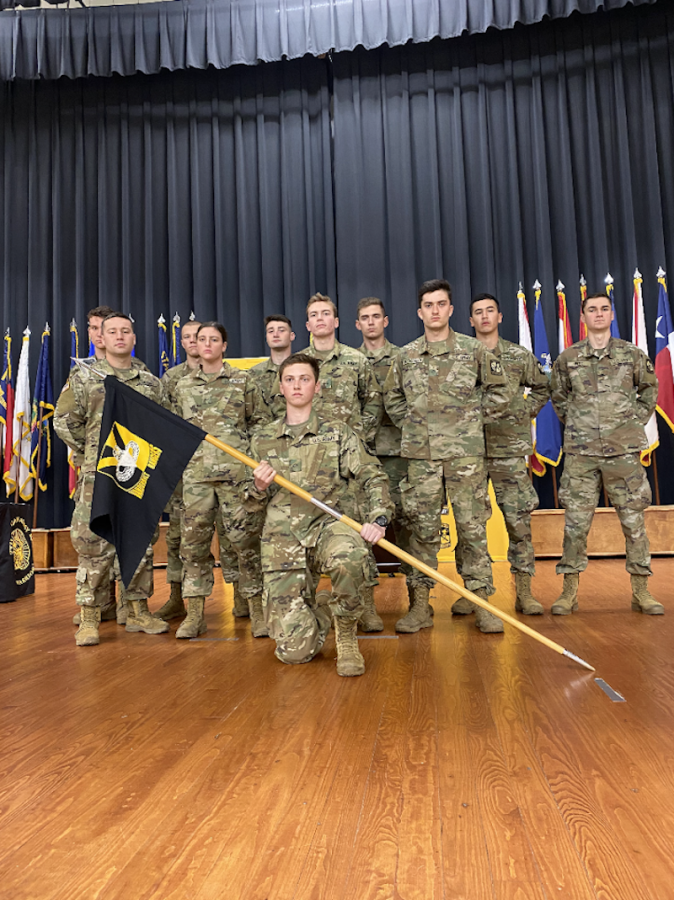 Cadets at the Award Ceremony. (Photo courtesy of Bowman Talbot)

It’s not a Southeastern Conference sport, but it very well could be.

Over the weekend of Nov. 5-7, members of Vanderbilt’s Army ROTC competed in the 2021 Ranger Challenge in Fort Knox, Kentucky. This year’s version of the annual competition featured Vanderbilt and the 7th brigades of 39 other schools, with the top two brigades overall earning the chance to compete at Sandhurst at the United States Military Academy at West Point. Sandhurst is a similar competition to the Ranger Challenge and showcases the top brigades, West Point Academy teams and other Army subdivisions.

Each brigade is a collection of battalions, divided based on geographical regions. The 7th brigade is centered in Fort Knox and is made up of ROTC programs from universities in Kentucky, Tennessee, Ohio and Michigan. The “Go Gold” Battalion features cadets from Vanderbilt as well as Belmont, Lipscomb, TSU, Fisk, Welch College and Trevecca Nazarene University. Cadet participation in the Ranger Challenge is entirely voluntary but cadets must try out and those that excel are chosen. In total, 11 members made up the “Go Gold” Battalion, with two serving as alternates.

The Ranger Challenge took place over the span of three days and consisted of physical, mental and psychological challenges, or “missions,” that are intended to build mental toughness and teamwork and develop leadership skills. Teams are able to pick which of the missions they would like to start with and choose their own route.

Due to time constraints on each day, a team is not able to complete all missions so they must decide how to best budget their time. Points are earned based on how long it takes to complete challenges (as well as place finished in that particular challenge) and the points are then tallied to determine those that will advance to Sandhurst.

“The [team] had a leadership crisis. They had to get someone else to fill in at the last second,” cadet Bowman Talbot said.

Despite the setback, the 7th brigade pressed on.

Talbot shed light on a few of the most rigorous missions the “Go Gold” Battalion faced. For the first challenge, team members had to tie a rope around two trees separated by a ravine. With temperatures in the low 40s, the ravine was also freezing cold. To make matters even more difficult, all team members wore black out goggles and were not allowed to speak to one another.

Interim captain and Vanderbilt junior Steven Belles traversed the ravine first, locating the tree on the other side and climbed on his elbows to tie a knot around the tree, strong enough to hold all the other members. The rest of the cadets then had to ferry themselves across the ravine by the aforementioned rope.

“Sophomore cadet Jack Dyer was on a knee [on the initial side] and the cadets stood on him. Dyer would then stand up with them so they could hook on with carabiners and rope cross. After everyone got across, he had to get across himself,” Talbot said.

A second difficult challenge mimicked the classic logic game “Tower of Hanoi,” where disks must be placed on rods and can only be moved one at a time. Teams had to do so with heavy tires that only one person at a time was allowed to lift. Due to a backup caused by another team, Vanderbilt was also under pressure from other teams who wanted to finish the event before the day was over.

“It was a really good leadership challenge of delegating and working out a critical thinking problem as quickly as they could, because that was one of the last events they took,” Talbot said. “It was high intensity too because they were getting yelled at by other teams to move on.”

Cadets were also running on low sleep due to how compact the schedule was for each day.

“When you’re on four hours of sleep, your brain doesn’t want to work. It just wants you to keep moving. I think [the tire challenge is] a good testament to how mentally strong they are,” Talbot said.

Other challenges involved “orienteering,” which required teams to find a list of coordinate points across the Fort Knox base in only four hours. Another challenge called “salute report” tested team members’ abilities to remember information in a short time span, preparing them for battle action when quick memorization skills are essential.

“They did pretty well considering all they had to go through. Leadership was excellent, considering that [Belles] wasn’t even supposed to be in charge,” Talbot said.

Overall, even though Vanderbilt did not place in the top two, it was a successful outing and something to build on for next year’s competition.

​​”I was impressed. It probably would have been a little better had they had initial setup [before the withdrawals], but that’s the next man up—you have to do what you have to do,” Talbot said.

In the end, the 7th brigade certainly did what it had to do.