Kristin Torrey, director of the Office of Greek Life, stated in an email that students formerly affiliated with DKE have been hosting fraternity activities off-campus, including recruitment and social events. 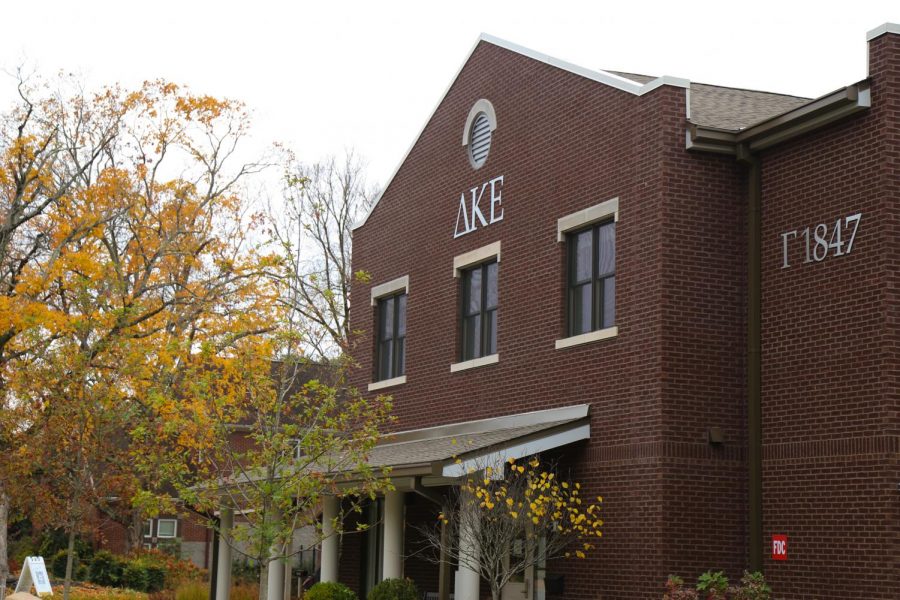 UPDATE: This piece was updated on Nov. 13, 2021, at 12:05 p.m. CST to include a statement from the Delta Kappa Epsilon international fraternity.

In an Oct. 26 email obtained by The Hustler sent to all students who have expressed interest in joining the Interfraternity Council (IFC), Kristin Torrey acknowledged and denounced off-campus “fraternity-like” operations of former Delta Kappa Epsilon (DKE) brothers. Vanderbilt’s Gamma chapter was closed by the DKE national fraternity in February 2021 due to hazing, violations of university COVID-19 guidelines and new member education policies as well as alcohol misuse and fraud.

The email states that former brothers have been hosting social and recruitment events off-campus, despite being unaffiliated with the university, the IFC and the DKE national fraternity.

“It is critical to understand that neither DKE nor any potential future iteration of the organization will exist or be recognized on Vanderbilt’s campus as long as an unrecognized off-campus group operates,” the email reads.

In a Nov. 12 email to The Hustler, Trey Robb, director of member services for DKE international fraternity, similarly denounced the activities by former Vanderbilt DKE brothers. His email included a statement that said that the use of DKE symbols, letters and other distinguishing factors is prohibited by former members.

“Students who were members of the Fraternity no longer have authority to operate a Delta Kappa Epsilon chapter and may not organize any event, sponsor any activity, or participate in any endeavor representing Delta Kappa Epsilon on the Vanderbilt campus or elsewhere in the community,” the statement reads. “Any student joining the previous members of the chapter or offered membership into any organization operating as DKE since the time of the suspension of the Charter is not a legitimate member of the Delta Kappa Epsilon International Fraternity.”

Torrey advised students against interacting with the group of former DKE brothers for safety reasons. She also said that those involved in events held by the off-campus group will still be subject to Vanderbilt’s disciplinary policies, despite the group being unaffiliated with the university.

“Unrecognized groups like this operate without the advising, oversight, training, and health and safety education provided by the University and national organizations, and involvement in such groups can put students at serious risk,” the email reads.

The email also contained a message from the Sigma Alpha Epsilon (SAE) national fraternity regarding former DKE brothers’ alleged belief that they would be part of the reestablished Tennessee Nu chapter of SAE on Vanderbilt’s campus. Vanderbilt’s SAE chapter was suspended in April 2019 until Spring 2023 due to hazing and risk management infractions.

“Our Fraternity Laws forbid students who have been initiated into other fraternities from joining our organization. Moreover, it is not standard practice for our Fraternity to engage with ‘rogue’ or ‘underground’ organizations upon our return to a campus,” the statement reads. “Any decisions with respect to extending bids to students at Vanderbilt University will be made by the expansion team upon our return to campus, and no current student at Vanderbilt University may speak to or has the authority to promise or issue bids on behalf of Sigma Alpha Epsilon Fraternity.”

“[I’m] happy that SAE’s national organization is making it very clear that they will not stand for actions which are detrimental to our campus’s Greek community and Vanderbilt as a whole,” Cromeens said in a message to The Hustler. “It’s also just wrong for them [the off-campus group] to make these claims fully knowing that they are unsubstantiated—and not something that will become reality.”