An 11-2 finish and tournament MVP honors for Samantha Gainor made for a fruitful conclusion to No. 4 Vanderbilt’s season opening. 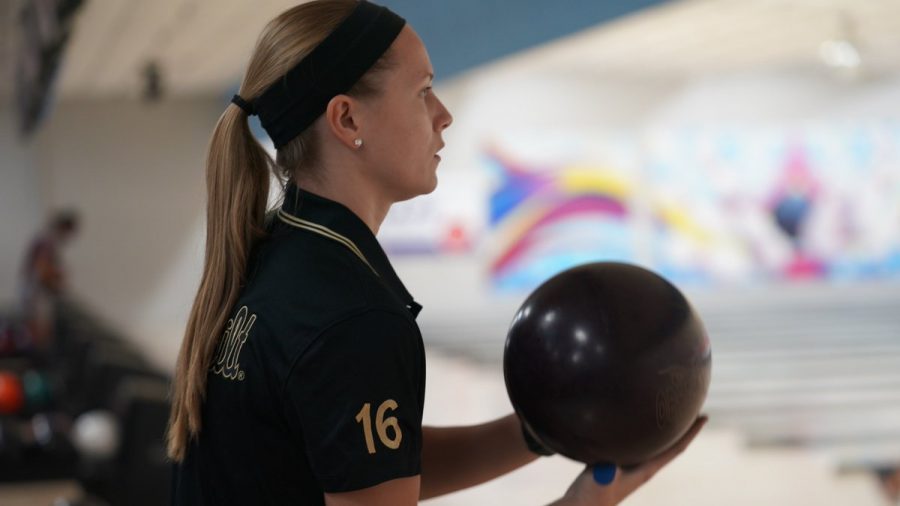 By 2 p.m CDT on Sunday, Oct. 24th, the final pin of the final frame stood no more—the battle had been won. With their defeat of host Tulane in five games of a best-of-seven series, the Vanderbilt Commodores bowling team clinched a fifth-place finish among a 14-team field of elite competition at the Colonial Lanes Classic in the suburbs of New Orleans, Louisiana.

The weekend slate kicked off on Friday morning with a pair of matches against Jackson State and No. 22 Prairie View A&M in which the Commodores made quick work of their opponents. Through those first two matches, Vanderbilt outscored its opponents by a game-by-game point average of 192.4 to 167.4.

The action picked up in the third matchup of the day as the Commodores faced No. 5 North Carolina A&T. Suffering an unfortunate loss, Vanderbilt left that round with its lowest point average of the entire tournament with 180.8, while the eventual tournament champion Aggies bowled lights-out.

The team, however, welcomed the opportunity  to face stiff competition.

“You can’t replicate it in practice,” head coach John Williamson said in regards to tough matches. “You really can’t. Without the ability to replicate it, the only way you can get your feet wet is by doing it.”

The team showed resilience with an elite follow-up performance against Alabama State and a solid showing against Texas Southern to finish off the day.

The action continued on Saturday as Vanderbilt steamrolled its rogues’ gallery—finishing the day at 5-0 and a combined 9-1 in the pre-bracket matches. That’s not to say the Commodores faced an easy slate of opponents. Instead, they took care of business against Florida A&M, No. 20 Maryland Eastern Shore (UMES), No. 18 Lincoln Memorial and twice against No. 10 Stephen F. Austin.

Against UMES and Lincoln Memorial, fifth-year senior Samantha Gainor and senior Angelica Anthony were absolutely electric as a duo—striking fear into the competition with an incredible 17 consecutive strikes. This contributed to a tournament-best 223 point-per-game average in the Lincoln Memorial match, good for the third-best single-match performance by any team all weekend.

With their 9-1 performance in prior matchups, the Commodores came into the final day of competition as the fifth seed in the bracket and with a third match against sixth-seeded Stephen F. Austin. Though the team was able to keep pace with its prior performances against the Lumberjacks by averaging 208.6 points through the best-of-seven series, there was nothing the Commodores could do to counter the white-hot shooting of Stephen F. Austin.

However, Vanderbilt refused to surrender to the pressure and their misfortune; instead, they closed out the tournament with back-to-back wins against Lincoln Memorial and Tulane. Through these two best-of-seven series, the team bowled some of their best averages of the tournament, finishing out their opponents in four and five games, respectively.

The coaching staff took the opportunity of a lengthy tournament to get playing time for 10 out of the 11 players on the team, including freshmen Paige Peters and Kailee Channell. In an outcome that bodes well for the future of the program, Peters’ average of 199 points per game across two matchups qualified her for 73rd place on the tournament’s individual standings.

“I thought getting a lot of people some experience was big,” Williamson said. “That’ll be the theme throughout the fall. Just giving people an opportunity to be successful.“

Gainor took home the tournament’s MVP honors with an average of 226 points per game across five matches. Anthony and junior Mabel Cummins also boasted top-notch averages throughout the tournament, finishing 10th and 19th respectively on the All-Tournament leaderboard.

Next weekend, the Commodores will head to Farmingdale, New York, to compete in the Dezy Strong Classic. Every match will be livestreamed on the Vanderbilt Athletics YouTube channel.