Jorge Bahena was a doctoral student and graduate student research assistant at VUMC pursuing a doctor of philosophy in human genetics. 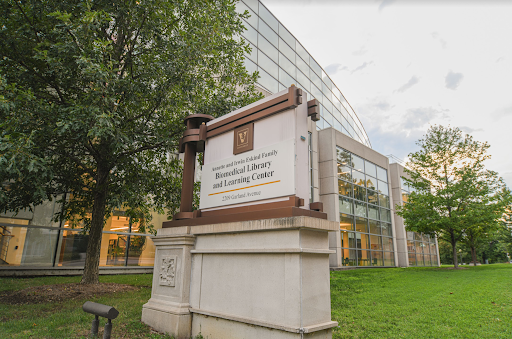 Jorge Bahena, a Ph.D. student in the Department of Human Genetics, passed away according to an email sent to the Vanderbilt community on Saturday, Oct. 23, by Vice Provost for Student Affairs and Dean of Students G. L. Black.

“The loss of any member of our university community is felt deeply, and we wish to express our profound sympathy to Jorge’s family, friends, colleagues and all who knew this remarkable young man,” Black’s email reads.

Bahena conducted research under the mentorship of Associate Professor of Neurology Timothy J. Hohman as part of the Vanderbilt Memory and Alzheimer’s Center’s Computational Neurogenomics Team. Bahena graduated with bachelor’s degrees in engineering sciences (modified with chemistry) and biotechnology from Dartmouth College in 2012. He later earned his master’s degree in biostatistics from Washington University School of Medicine in St. Louis in 2019.

“Jorge was a brilliant scientist, a dedicated colleague, and a compassionate person,” Hohman said in an email to The Hustler. “His science was on the cutting-edge of multi-omic prediction of Alzheimer’s disease and he had a clear vision for how he could use his incredible skillset to have a positive impact on the world.”

Bahena joined Vanderbilt University Medical Center (VUMC) as a statistical genetic analyst in May of 2020. He later became a graduate student research assistant in August 2020, a position he held until his death. His research focused on the application of machine learning and traditional statistical approaches to the discovery of novel genetic and proteomic factors associated with Alzheimer’s disease and related dementias.

“He was quick to offer support to undergraduates and trainees in our program and was always among the first to offer to help on a new or emerging project,” Hohman said. “But beyond his science, Jorge cared deeply for his community and the world. He was passionate about justice and about giving a voice to those in our communities who do not have a voice. He pushed all of us to be better scientists and better humans, and his voice and compassion will be deeply missed by all of us.”

The email encourages students to utilize the university’s various support resources including the University Counseling Center (UCC), Student Care Coordination, the Center for Student Wellbeing and the Office of the University Chaplain and Religious Life.