Whether you cried in the communal showers after a calc exam—or skipped it entirely for a Pitbull concert—these Vanderbilt meme pages have you covered. 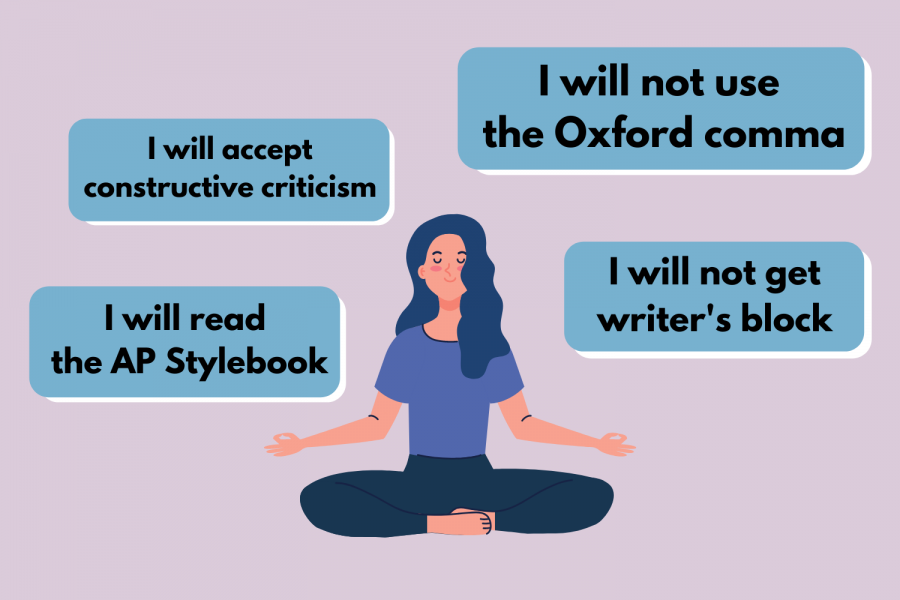 Hustler writers have our own affirmations too. (Hustler Multimedia/Emery Little)

One regrettably late weeknight this past September, an acquaintance tapped me on the shoulder mid-study grind to ask whether I was up on “that new meme page.”

Before I go any further, I must make clear that I have had my trials and tribulations with such accounts: in high school, I was the kid who adorned every perceivable human being in my PowerPoint presentations with red laser eyes, deep-fried effects, “100” emojis and inside jokes. No one laughed, but I, for one, found these things hilarious (future employers: I promise that I have grown as a person).

As idiotic as I looked giggling to myself in front of various classrooms, teachers looking on in disgust while I struggled to make it past title slides, the idea of having an inside joke with myself was a treasure—one that only expanded when I got home, hopped onto social media and lavished in the fact that there were tons of people out there that shared my exact same taste.

The fairly novel “affirmations” archetype of memes capitalizes on this dynamic, taking statements typically mulled over in solitude and pushing them onto a public platform. On a conceptual level, social media affirmations can be ostensibly traced back to inspirational, less-humorous versions that took to Instagram, Twitter and Facebook in the early aughts. The typical primitive affirmation post—still being reproduced on certain accounts today—would likely declare something along the lines of “I am protecting my energy and focusing on what makes me happy.” “Yes!!!” the fresh-out-of-college target audience member would exclaim, frantically smashing the retweet button. The year is 2010, and “Fly Like a G6” is blasting on a nearby iPod. “I affirm this!!!” The exchange is crystallized in the fact that thousands of people in the same walk of life will see the same declaration, react the same way and walk away with the same sensation of being seen.

Modern-day affirmations accounts have grown to lean less towards inspiration and more towards irony, while remaining contingent on the common backbone of shared experiences. (For example: “I will not purchase an aesthetically pleasing shoe rack with the last $100 in my bank account.” This may or may not be about me.)

Last month, two Vanderbilt-specific affirmations accounts, each operating in this vein—first @vanderbiltaffirmation, then @vandfirmations—took campus by storm, causing students to feel seen in ways only the internet could have curated.

One of the first Vanderbilt affirmations posts that humored the high-schooler in me featured an obscenely deep-fried image of the Wyatt Center, emblazoned with the words “I WILL NOT PEABODY SHAME MY PEERS.”

“I get Peabody shamed all the time,” first-year HOD major Ari Partrich said. “If you ever accidentally talk down on someone—it doesn’t even need to be about academic stuff—if you talk down to someone, and they’re of the right mind, they’ll just be like ‘Shut up, you’re in Peabody.’”

Although Partrich tells me he takes it well, and often finds the Peabody jokes funny, the role played by the affirmations account allows such plights to not be suffered in silence, but laughed about in community.

“I think a lot of people think that certain things they’re going through are, like, very specific to them—and then they go on these pages with thousands of followers, and they’re saying the exact stuff that you’re thinking,” Partrich said. “That just really connects with people, because they’re not expecting everyone to relate to the stuff that they’re experiencing.”

As much as the uplifting sentimental value is important, successful meme-making—especially in the deep-fried, violently visual realm of the affirmations genre—does command a level of artistic prowess. Though I find all overt graphic editing funny, we must remember that I am still, at the end of the day, a recovering high school meme enthusiast with a soft spot for laser eyes and “100” emojis. The praise—both for art direction and content in general—is not a consensus.

“I think there’s room for improvement,” sophomore Induja Kumar said. “I’m not trying to be mean; I commend their efforts, obviously. There’s always room for improvement. But I have seen some other universities’ accounts, and I think one thing that people can do really well is be super niche, but in a way that’s still generally applicable to anyone who goes to Vanderbilt. Maybe that’s something they could work on.”

Art-wise, Kumar noted that the second of the two accounts (@vandfirmations) channels the Dada art movement of the 20th century in a way that its companion does not.

Something that many students noted was that one account seems to be more oriented towards first-year students, while the other is more applicable to upperclassmen. The distinction is noticeable in each platform’s subject matter of choice: while @vanderbiltaffirmation zones in on specific instances like skipping calculus exams for Pitbull concerts or contemplating major changes after hectic chemistry tests, @vandfirmations seems more generationally ambiguous, while still tackling more starkly older-grade issues—take “NOBODY HAS HAD SEX ON MY ROCK OF A MATTRESS” as a convenient example.

When I visited the dorm room of first-year Anisa Utilla, as much as her class level was the only one represented, the prevailing sentiment was an accurate reflection of what both accounts do, despite any and all differences: unify.

“Especially after COVID and everything, with people just going through it—for them to be able to make light of a bad situation is extremely important,” Utilla said. “It’s something that everyone needs every once in a while, because humor heals the heart.”

As long as you have a heart—whether you’re a first-year or upperclassman, Dada enthusiast or recovering middle school memer—Vanderbilt affirmations are for you.