Pop Culture Psych: Why you can invest in Elon’s personality

What’s going on inside billionaire Elon Musk’s head? Well, his Enneagram personality type might provide some insight into the direction of our society and how you can take advantage of it. 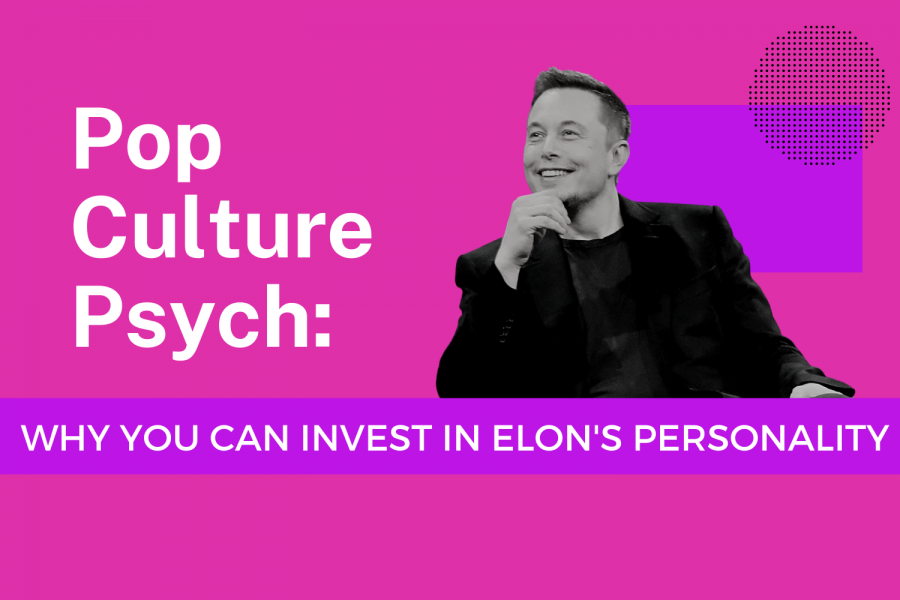 Did you think Elon Musk was just like every other rich guy who divorces his third wife and gets $13 billion richer in just under three weeks? Because I beg to differ.

On Sept. 24, world-class inventor Musk went viral for his separation from his third wife Claire Elise Boucher (aka “Grimes”), a Canadian musician. He shared with the press that they were “semi-separated” and co-parenting their son. So, how did Elon come to be this serial monogamist, self-isolating tech magnate? More importantly, should these behaviors cloud our belief in his leadership potential, and his potential to come out on top as our society races into the future?

The Enneagram, a time-tested personality system, will help guide us into the control center of the mastermind as we answer these questions.

Where did he even come from?

Contrary to popular belief, Musk is not an alien from Mars nor a robot who charges in the same power stations as his cars (I know, I was surprised too). His actual origin can tell us a lot about the epicenter of his internal drive.

Musk was born in South Africa in 1971. His parents divorced when he was young, and he was heavily bullied in school, at one point even being hospitalized after a gang of students threw him down a flight of stairs. He grappled with the meaning of life in the face of this turmoil. But, what he did next is what made the difference.

Young Musk began to read everything from Nietzche to Schopenhauer to science fiction novels. One favorite novel featured a man floating in space contemplating the meaning of life, prompting Musk to ask questions about space and how to find his own meaning in this world. He kept reading and taught himself computer programming—like a classic Enneagram 5, the Questioner, dealing with his fears of unbelonging through knowledge and aspirations for innovation. He was fascinated by societal improvement and the limitless nature of questions about our world, once sharing in an interview “… a lot of times the question is harder than the answer.”

Enneagram 5s typically grow up feeling like the world is a threatening place and that they are an outlier from their family or community. It is not surprising that abusive bullying or a divorced family would have this impression on a child. Afraid of being overwhelmed by the needs of others, 5s cut off connections and seek a subject of mastery in order to feel safe.

This motivation explains Musk’s unending search to solve world threats—from developing electric cars to fight tailpipe pollution to striving for Mars colonization in the face of a dying Earth.

So, how does Elon Musk get more girls than any guy at Vandy?

Aside from his deep pockets, Musk’s movement from woman to woman is a reflection of his behavioral patterns as a 5.

When he dumped Grimes (or, possibly, the other way around), Musk explained that they had separated because he had made the move from LA to Texas, and that they were still co-parenting their child. But Grimes revealed that she had actually only been in touch with his assistant about co-parenting matters. At his new house near the Texas SpaceX facility, Musk will likely be detached from relationships and work 120-hour weeks, just as he was conditioned to when he isolated himself to learn as a child.

Furthermore, there are multiple types of 5s that differ based on their primary instinct, and Musk certainly seems to fit the “self-preservation” subtype. This means that rather than using his knowledge in social settings or to enhance 1:1 relationships, he is prone to advancing his personal goals against all odds. This duality of intelligence and ambition drive Musk into social isolation while pushing Tesla and SpaceX far beyond the rest.

So, what—if anything—sets Musk apart from the rest?

Musk is often lumped together with Jeff Bezos, Bill Gates, Mark Zuckerberg and other men running the world’s tech scene. This September, Musk surpassed Bezos as the “richest man alive” when Tesla stock rose 7.3 percent within just one week. Musk’s recent surge above the rest may reflect how his personality increasingly complements the direction our society moves in innovation and business.

Musk likely is a 5 wing 4, meaning his solutions are both creative and knowledge-driven. 4s, aka the “Romantics,” are the OGs of existential crises and turn to self-expression to deal with feelings of unbelonging. While 5s’ feelings of unbelonging deal with fear, 4s have an emotional feeling that there is something inherently wrong with them which gives way to art and creativity. This additional motivation has enabled Musk to do what many 5s cannot—develop a strong base of knowledge and project its fruits into the world. He takes emotional pride in the uniqueness of his brand, pushing for speedy gains in Tesla production and even considering making his own AI chips for self-driving cars.

Compare this to Jeff Bezos, likely a 3, the Performer. He has been spending his time in the public eye promoting Blue Origin, his company offering an overpriced five-minute vacation into space. While Musk’s initiatives are fear-driven and related to societal preservation, Bezos is driven by guilt and dedicated to curating an image that will earn him approval. To him, the practicality and value-added of a less than five minute space flight are inconsequential compared to the prestige of the achievement and experience. While both figures are driving the future, Musk may remain a step ahead in our sustainability-concerned economy thanks to his knack for seeing and addressing existential threats.

At the end of the day, working day and night for societal preservation may yield greater success than creating a façade of one (#notanad).

Understanding the mind of Elon Musk can give us some insight into effective leadership and how it fits into the direction of our society. We are approaching a future driven by sustainability concerns, struggles for equality and the stresses of global competition. Despite frequent skepticism about Elon’s motivation and reliability, the Enneagram shows us that there may be a method to his madness. Efficient, fear-driven minds like his may be a driving force behind this future, both because they adapt to social progress and are luckily suited to the nature of the time.

Whether you’re a justice-driven 8, an efficient 5 or a lighthearted 7, the complex nature of societal progress means there’s an open slot for you. Success will be yours if you identify your talents and interests and use them to optimize the movement of the future.