Head coach Greg Allen recapped his team’s performance at the Ruth’s Chris Tar Heel Invitational and spoke on what to expect the rest of the year. 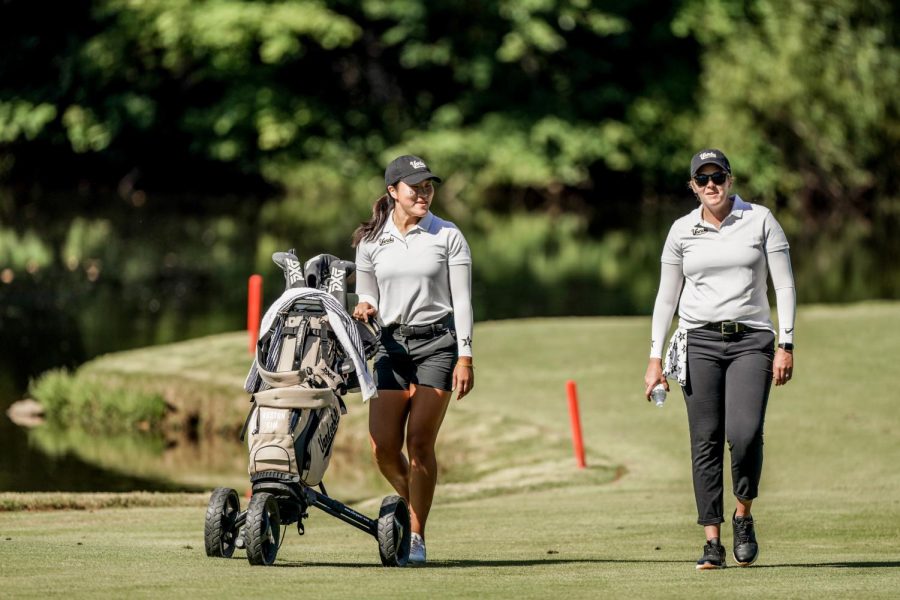 Vanderbilt women's golf competes in a tournament during the 2021 season. (Vanderbilt Athletics)

In their third tournament of the 2021 fall season, the Vanderbilt women’s golf team finished tied for ninth with the University of North Carolina in the Ruth’s Chris Tar Heel Invitational.

While the Commodores surged on the first two days, closing out the second round tied for fifth place after scoring 286 and 287 on Friday and Saturday, respectively, they struggled on Sunday and shot a 297 as a team.

“I was really proud of the effort the first couple days, the way the girls battled,” head coach Greg Allen told The Hustler. “On Sunday, we were in a position where if we put together a pretty good round we could have finished inside the top five and unfortunately we didn’t handle the tougher conditions.”

A storm on Saturday night brought showers to Chapel Hill, and Sunday ended up being a much colder and windier setting on the golf course, which impacted the team’s ball-striking.

Junior Celina Sattelkau paced the team and finished tied for 16th individually at 2-under par. Sattelkau, who was an All-American last year, made her season debut as she missed the squad’s previous two events due to COVID-19 protocols.

“It was really great having [Sattelkau] back out there,” Allen said.

Fellow junior Tess Davenport finished second in the lineup at 1-under par, good for an individual tie for 21st place.

“I was very encouraged by what Tess Davenport did for us,” Allen said. “[Davenport] had a really good week of practice before leaving, and her game looked really good out there.”

Sophomores Virginie Ding and Ariel Yu and fifth-year senior Louise Yu rounded out the rest of the roster with scores of 4-over, 14-over and 8-over, respectively.

In all three events the Commodores have played, they have yet to field a fully healthy lineup, as Sattelkau, Louise Yu and Auston Kim have all missed events, with Kim not playing in this week’s invitational.

Amidst all the injuries and absences, Allen does see the benefit of having so many different players step up to the challenge.

“I’m encouraged because I think it’s going to be a really good battle for those four and five spots on our team as we head into the spring, now that a lot of people have had a chance to play,” he said.

With finishes of seventh and tied-for-sixth in the first and second events of the season, respectively, Allen understands that the team has been very competitive despite all the injuries.

“There’s not a lot of separation right now–just a couple shots here or there and we’re finishing in the top five,” he said.

Besides health, Allen cites the team’s short game as the area they are looking to improve the most, while stating that he is very proud of their progress in the weight room. As the team continues to work and get healthier, he expects them to play even better golf as the season progresses.

“There’s no doubt in my mind that our best golf of the year is ahead of us and so that fires me up,” the Commodores coach said.

Vanderbilt’s next event will be the Ally at Old Waverly in West Point, Mississippi, from Monday Oct. 25 to Wednesday Oct. 27. In what will be the team’s final event of 2021, Allen expects to have his entire roster available for the first time in the fall season.

“It’s always nice to go into the fall season on a high and if we can get the full lineup there, I’m just so excited to see what we can do,” he said.