The Vanderbilt head coach met with the media to discuss the Commodores’ tough loss on Saturday and give updates about the quarterback room. 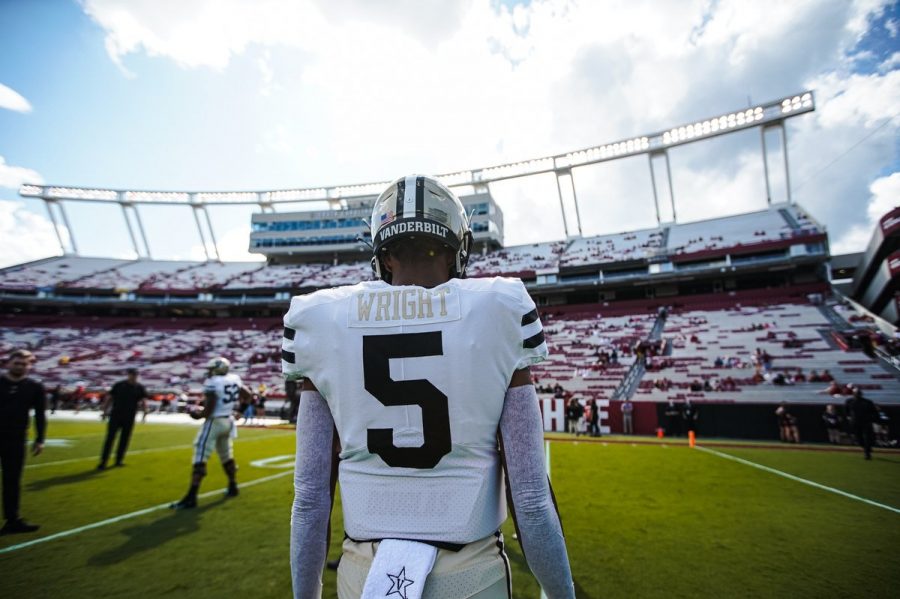 Coming off of a heartbreaking 21-20 loss to the South Carolina Gamecocks this past weekend, the Vanderbilt Commodores (2-5, 0-3) will face the Mississippi State Bulldogs (3-3, 1-2), as they search for their first SEC victory since 2019. Ahead of this weekend’s matchup, Vanderbilt head coach Clark Lea spoke to the media to discuss what went wrong in last week’s defeat, the current quarterback situation and growth opportunities moving forward.

Following a 28-yard field goal from Vanderbilt kicker Joseph Bulovas, the Commodores secured a six-point lead with under two minutes remaining against the Gamecocks on Saturday. In truly shocking fashion, South Carolina responded by marching down the field and scoring a touchdown in less than a minute to take the lead, eventually winning the game shortly thereafter.

“It’s learning. It’s learning for us all. It’s a situation that we have to be better in. If we’re gonna be a one-possession team in the fourth quarter playing in tight games, that has to be where we thrive. Unfortunately we weren’t able to finish the game off,” Lea said on Tuesday. “There’s a lot that goes into it and a lot that we can scrutinize. At the end of the day, let’s finish it with the ball in our hands, let’s find a way to get that first down. And we’re certainly going to bet on our defense every time, but we have to be better.”

With an inexperienced roster and coaching staff, Lea has spoken frequently this season about the value in being given opportunities to grow even if tough losses ensue. On Tuesday, Lea talked about how the team can improve from close games.

“We have to be better, but we’ll improve from Saturday and we’ll be better. Those exposures, those experiences create a situation where you move your team forward,” Lea said. “Though it’s painful, to me it’s the pain that delivers you to an evolved version of self, and so we’re going to get better from that and learn from it and grow.”

After Vanderbilt’s matchup against Florida two weeks ago, it was announced that starting quarterback Ken Seals suffered a finger injury, and that sophomore quarterback Mike Wright would start against the Gamecocks. In the spot start, Wright threw for 206 yards, one touchdown, one interception and added 41 yards on the ground. All things considered, Wright played an efficient game and added some explosion to the Vanderbilt offense that had been lacking this season. Lea provided further clarity regarding the quarterback situation and the health of Ken Seals.

“We’re gonna start Mike [Wright] this week. Kenny [Seals] is still healing up, and we’re still week-to-week with him,” Lea explained. “We want to make sure that we have the best chance to get out in front in terms of planning, and also for Mike to get settled in that role. Ken has to heal.”

When asked about the possibility of Wright seizing the starting spot even after Seals is healthy, Lea shut down this potential controversy while also giving Wright props for his strong performance in Columbia.

“As far as when Kenny is healthy and he’s able to throw, he’s our starting quarterback and we’ve just got to give him time to do that. Until then, we have a guy that came out of fall camp saying he’s 1B. Mike Wright has earned this opportunity. I thought he did a nice job on Saturday leading the offense with Ken’s support,” Lea said. “He was able to direct an offense that was more explosive than we’ve been all year, and that’s exciting. He was just very comfortable in the role, and I thought for his first time, [he] performed admirably.”

Lea finished the press conference speaking about this week’s opponent, Mississippi State, and the challenges they present both offensively and defensively.

“Coach Leach does a nice job on offense, obviously, possessing the ball with their passing attack. They can also be explosive. Then defensively, it’s helter-skelter,” Lea said. “It’s a ton of movement. They’ve got a big, physical front that they move around a bunch, and that’s going to create negative-yardage snaps. I think a challenge for us offensively is how to get a rhythm, how to get the ball into space.”

The Commodores will look to get back in the win column at home against Mississippi State at 3 p.m. CDT this Saturday.