Students and faculty evaluate Hispanic cultural awareness and integration on campus and in the community. 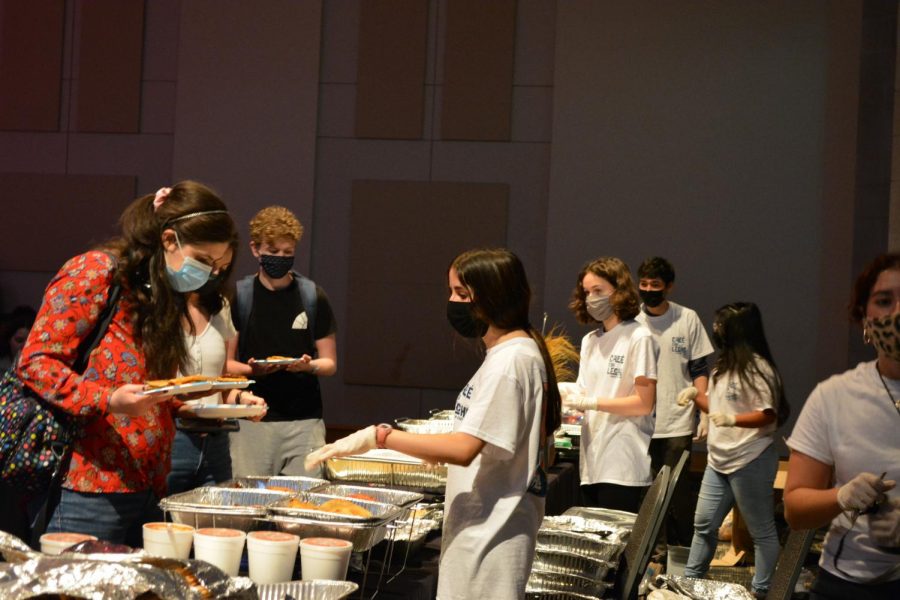 Hispanic Heritage Month, or LatinX Heritage Month, is globally celebrated Sept. 15-Oct. 15. This month recognizes and honors the independence of several Central and South American countries and brings together the people of these varying, yet unified cultures. At Vanderbilt, this occasion was kicked off with an event held by the Student Center for Social Justice and Identity (SCSJI) on Sept. 16.

“They had the Mexican version of bingo, some coloring and they had Hispanic music that I grew up listening to,” first-year Diana Zamarripa said. “It just felt nice, like home for a second.”

The theme of Vanderbilt’s 2021 Hispanic Heritage programming is SomosVU, which translates to “We are Vanderbilt” in Spanish. This theme, which centers around community and unity, was developed by Dr. Gretchen Selcke, assistant director for the Center for Latin American, Caribbean, and LatinX Studies. She said that promoting visibility of students’ identities leads to a sense of community.

“I wanted to create something more organic that provides academic and social opportunities for everyone on campus, and I want people to feel like they belong,” Selcke said. “A sense of community and belonging is essential for an intellectual environment that actually fosters learning.”

The significance of Hispanic Heritage month varies for many students. Some, like senior Luis Martinez, say it has a direct connection to their cultural heritage.

“I’m from Miami, Florida—it’s a six-million person metropolitan area. Miami-Dade itself is the largest Latin-American county in the Eastern US,”’ Martinez said. “It’s just really special; they call it the Gateway to Latin America.”

Martinez, majoring in Latin American history as well as Spanish and Portuguese, aims to work toward improving the lives of Latin-identifying individuals across the Americas. He cited the emigration of many people in his hometown in an effort to escape from environmental disasters, political revolution and repressive regimes.

“For me, in light of these pressing and difficult social problems, this month is important for people from Central America because their existence here represents that they have worked to survive. They have worked to honor their families,” Martinez said.

One of the primary issues the Hispanic community collectively faces resides in the term “Hispanic” itself, according to Selcke.

“‘Hispanic’ connotes the idea that Spain is the genesis of this culture, and that’s problematic, because a lot of things were happening in the present Americas before Columbus accidentally found Hispaniola in 1492,” Selcke said.

Instead, Selcke said she and other scholars prefer the term “LatinX” due to its non-binary and inclusive connotations, as well as its ability to shed light on many aspects of U.S. history that might otherwise be forgotten. Latin X has received pushback, however, due to its elimination of gender roles, a traditional part of the Spanish language and Hispanic culture.

As the Service and Advocacy Chair for the Association of Latin American Students (ALAS), Zamarripa said she aims to create more events embracing and disseminating Hispanic culture in general. She said that Vanderbilt doesn’t provide as many opportunities for Hispanic cultural awareness as she believes they advertise.

“I don’t think the school is doing a great job of raising our voices and providing a platform for our culture,” Zamarripa said.

According to Selcke, the primary lacking aspect for Hispanic-identifying students and faculty at Vanderbilt is the availability of resources, such as identity centers. She emphasized the need to find one’s identity within a diverse community.

“Something as simple as a good empanada can change everything. Something that feels like something that’s familiar or a part of your culture: the obvious things like music, or hearing a language you hear at home,” Selcke said. “Not having to explain yourself is important; there needs to be a place for you, to feel like it’s not always a digression. We’re always talking about identity at Vanderbilt, and sometimes it’s like, “I got to do it again?”

Zamarripa said this need for places and events for students to meet others—both Hispanic students and those of other heritages— is crucial to facilitate discussions regarding issues of Hispanic and LatinX culture.

“I think most students are aware of problems pertaining to Hispanic people, but I don’t think people are discussing it,” Zamarripa said. “If it weren’t for me bringing it up or starting a conversation about it, they wouldn’t acknowledge it.”

Vanderbilt’s Center for Equity, Diversity and Inclusion (EDI) encourages the development of equitable and inclusive environments that foster a sense of belonging and engagement, according to Franklin Ellis Jr., director of the Provost’s Office for Inclusive Excellence. He said he agrees with students that there is work yet to be done to attain this goal, which is referenced in the 2020-2021 EDI report.

“The complexity of achieving success in this area goes beyond Vanderbilt but into long held societal systemic issues,” Ellis said in an email to The Hustler. “What I can say is that the Vice Chancellor’s Office for EDI, SCSJI and the other EDI offices located within the schools and colleges strive daily to infuse principles of inclusion and belonging in the very fabric of the institution.”

The Center for EDI has worked with the Multicultural Leadership Council (MLC) to reallocate empty Greek houses to create identity centers and safe spaces, as called for in VSG’s Safe and Fair Housing Act of 2021.

It is unclear the purpose of these houses for identity centers. Ellis mentioned the creation of additional identity initiatives for Asian-Americans and Pacific Islanders, as well as international students, veterans and individuals with disabilities.

“The identity initiatives will not be physical centers, but rather initiatives that will provide support in the form of programming and providing resources” Ellis said.