The Vanderbilt Hustler caught up with Michael Sauls, co-sports editor of the The Daily Gamecock, to preview the Commodores’ upcoming matchup with the University of South Carolina. 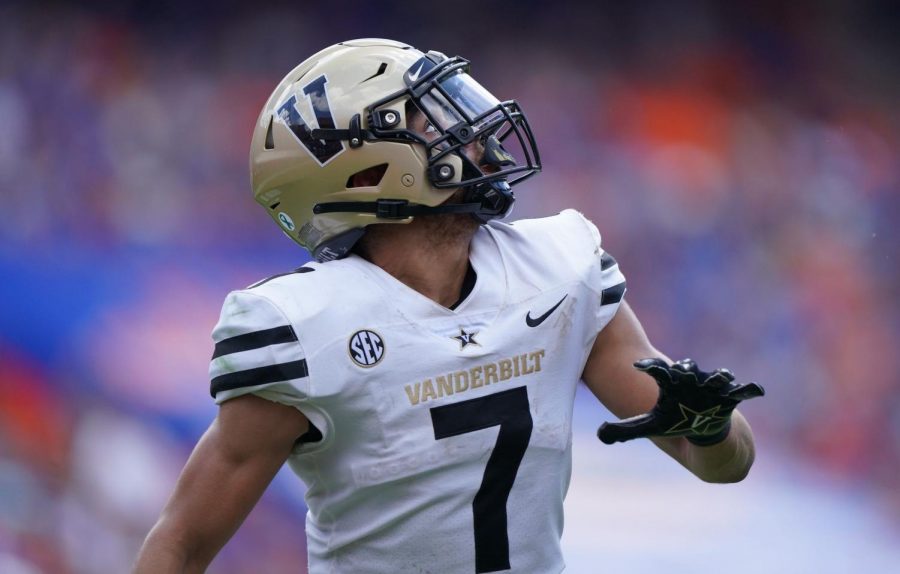 After a tough loss to the Florida Gators, the Vanderbilt Commodores will travel to Columbia, South Carolina, to face the South Carolina Gamecocks on Saturday afternoon. The Commodores stand at 2-4 in overall play, while the Gamecocks come off a loss against the University of Tennessee with a 3-3 overall record. Both teams would have something to gain in this matchup as neither have a conference win.

The Vanderbilt Hustler caught up with Michael Sauls, Co-Sports Editor of The Daily Gamecock, to preview the Commodore’s matchup with the Gamecocks.
Vanderbilt Hustler: How has this season been going having a new coach and what effect has the new leadership had on your team’s ability to work together?
Michael Sauls: I definitely think Beamer has made an impact on the team in terms of when it comes to a new culture and things like that. This team was not necessarily one that kind of gave off the public vibe of being together, but ever since Beamer has gotten here it’s been a whole new culture that has just descended on the program which has been cool to watch from an outsider’s perspective. And I think one thing that people need to understand is when it comes to culture changes, it doesn’t necessarily translate to wins right away, but at the same time, South Carolina only had two wins last year and they’ve already got three. So improvements are being made. It’s Beamer’s first year so it’s just a matter of time. Right now, from a game standpoint and results standpoint that’s not the best but at the same time, it’s already an improvement on last year and you can’t ask for much more than that.
You had a tough game this weekend against the University of Tennessee. What do you think the team’s main weakness was in that game and what do you think they’re going to need to do to come back for this game against Vanderbilt?
They just got blown away by Tennessee tempo from the get-go. Tennessee scored 28 points in the first quarter, and South Carolina was never really able to find its footing after that. There was improvement in the second half on both sides of the ball. The defense had I think it was two or three straight three-and-outs against Tennessee. There’s a lot of inconsistency on both sides of South Carolina right now, and to improve they’re gonna need to get consistent overall as a team. I think, and Beamer says this in postgame, they’re at the hump in the road but they just got to get over it. Both sides of the ball have the potential, they’ve got to get more consistent.
South Carolina’s defense has been strong this season. How will that match up against the Vanderbilt offense?
The South Carolina defense has definitely been the strong suit of the team so far this season. They’ve exceeded all expectations that I personally had for them. They’ve lived up to the hype that some outside people had. They’re one of the best pass defenses in the SEC and Jaylan Foster currently is in a tie for interceptions in the country, which is a huge deal. I think they’ve been pretty good in the passing game on defense, they’ve got to be able to stop the run game. Kentucky really exploited the South Carolina run defense and then Tennessee was able to take advantage of it as well. Vanderbilt isn’t necessarily the same talent-wise as Tennessee and Kentucky and I wouldn’t really expect Vanderbilt’s run game to give South Carolina a problem. I know Re’Mahn Davis and Rocko Griffin both of them, just based off of that look like they have the decency. But I do think the South Carolina defense shouldn’t have too much of a problem against Vandy. At the same time they could come out, play complacent and get beat on a couple of drives when they’re not expected to. I don’t really expect that to happen
What differences have you seen in the development of these two programs, both of which have new head coaches?
I have nothing but respect for Clark Lea. I love what he’s doing at Vanderbilt and I love what he did at Notre Dame. I was a big fan of his and I thought it was a great hire. I think the difference between the two is that Shane Beamer inherited more talent than Clark Lea did. Granted, this isn’t the most talented South Carolina roster but there is talent on it. That’s not saying people on the Vanderbilt roster aren’t talented, just comparing the two I like to think South Carolina’s roster is more talented than Vanderbilt’s. So I think Clark Lea took over what was definitely going to be a long-term rebuilding project. Shane Beamer took over a rebuild project or one that I don’t think is necessarily that much of a long-term deal in terms of how long it would take to get South Carolina back to a winning team. I think Clark Lea and Vandy as a whole have a bright future ahead of them that they can win games. They need to win and stuff like that. The same thing with South Carolina. These are two right now, statistically, two of the worst SEC teams specifics-wise. It’s two programs that are in complete rebuild mode with two first-year head coaches. There’s a lot of similarities between the two and you can really only go upwards.
What is your final score prediction for this weekend’s game?
Like I said last year, South Carolina has an extended winning streak against Vanderbilt. South Carolina is up to 12 straight wins, 31-7 win last year. South Carolina has shown sparks of life on offense in the past couple of games. Vandy has only scored 27 points and has given up 222, so I’d like to think that South Carolina would be able to put up a decent amount of points on the scoreboard this weekend. And that being said, I’m gonna have to go 35-7 South Carolina to make it 13 straight years.