Vanderbilt hosts South Carolina on Saturday in a game that features two teams in desperate need of a “get-right” game. 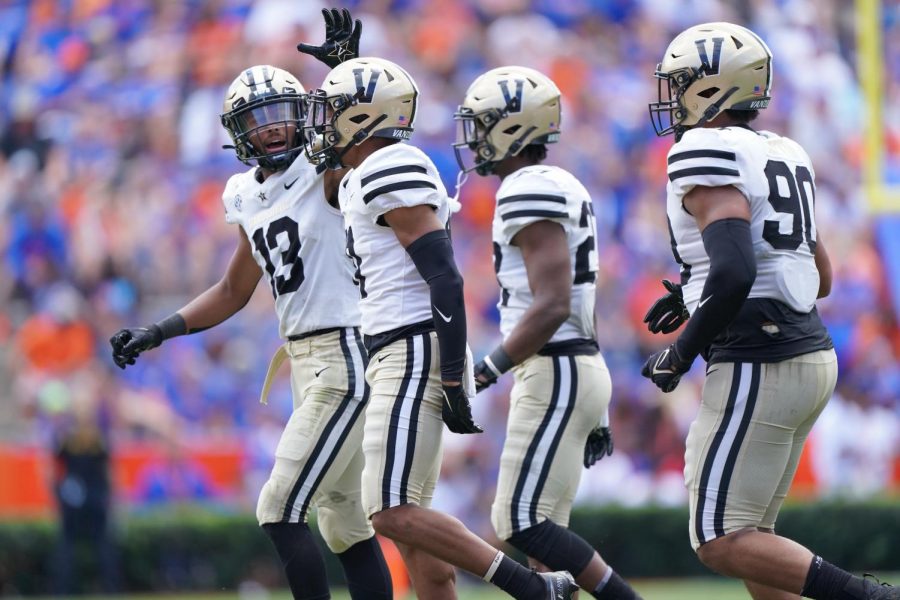 Vanderbilt's defense walks off the field in a game against Florida on Oct. 9, 2021. (Vanderbilt Athletics)

The Vanderbilt Commodores lost 42-0 to the Florida Gators in a disappointing result last Saturday, Oct. 9. The final score does not tell the entire story, however, as Vanderbilt played tough the entire game, especially in the first half, only trailing 21-0 at the break. As the game progressed, Vanderbilt was unable to keep up with the Gators’ high-paced offensive attack, allowing 479 total yards, 298 of which were through the air. The Commodore offense could not do much itself, making mistakes on drives that reversed most of its positive momentum.

The South Carolina Gamecocks are facing a similar situation, coming off a 45-20 loss to the Tennessee Volunteers. The Gamecocks trailed 28-0 after the first quarter and never really seemed to be in the game.

Looking forward to this week, the Hustler takes a look at the three matchups Vanderbilt will need to go their way in order to win on Saturday.
Vanderbilt offense versus self-inflicted wounds
Head coach Clark Lea talks about Vanderbilt’s process and how they prepare each and every week for a game, often using the phrase, “win the response.” This week versus South Carolina, “winning the response” will entail fixing the self-inflicted wounds that plagued them against Florida. The Vanderbilt offense left at least 16 points on the field against the Gators in the form of key missed opportunities. Kicker Joseph Bulovas, who had entered the day 6-8 on field goals this season, missed three inside 45 yards. Additionally, late in the second quarter, a drive into Florida territory was cut short by a Ken Seals interception.

These mistakes killed the momentum Vanderbilt had established, rendering it almost impossible to keep up with Florida’s offensive attack. In order to win on Saturday, Vanderbilt will need to come out aggressive, capitalize on chances and avoid mistakes.
Vanderbilt wide receivers versus South Carolina secondary
In both Commodore wins this season, the passing game has been a major factor. South Carolina’s secondary has been tough to pass against, however—this season they are only allowing 171 passing yards per game and a little over 6 yards per attempt. Vanderbilt will need to find mismatches in the passing game, relying on the size of its wide receivers to win one-on-one battles, particularly downfield.

The Gamecocks are not particularly strong defending on third down, allowing opponents to convert at a 45-percent rate. Vanderbilt will also need to attack in the short and medium passing game to take advantage in these moments and move the ball downfield.
Vanderbilt defensive pressure versus South Carolina’s offensive line and quarterback Luke Doty
Vanderbilt’s defense has struggled this season containing opposing offenses. It has allowed 452.5 yards per game and 6.7 yards per play, ranking in the bottom 20 of all FBS teams in both categories. The defensive front has had a difficult time generating sacks as well, registering only three on the young season. However, if Vanderbilt’s defense can create pressure on Luke Doty, it could find success. When the Commodores were most successful on defense against Florida, it was when they brought pressure. The pressure limited Florida’s quarterbacks’ time to throw and forced them into two costly interceptions.

Vanderbilt will need to lean on its defensive captains, Daevion Davis and Elijah McAllister, to replicate their performance against the Gators and create havoc all game long.

The Commodores and Gamecocks will face off this weekend at 3 p.m. CDT.