On-campus parking has increased by $180 over the past five years. 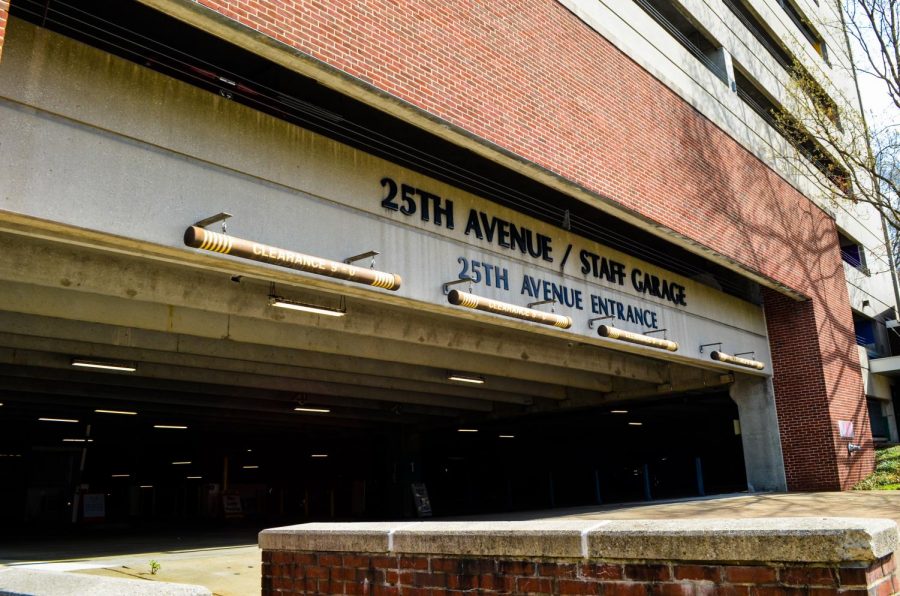 The 25th Street parking garage, where staff, faculty and graduate students are able to park on campus. (Hustler Multimedia/Alex Venero)

For the 2021-22 school year, an annual university student parking pass cost $780, $180 more than an annual pass five years ago. Semester permits are $260 and students also have the option of parking in on-campus garages for $2,200 per year.

Both annual and semester permits guarantee students a parking spot for an academic year or semester, respectively. Students are only allowed to purchase a semester pass once per academic year.

Sophomore Sarah Hourihan utilizes one of the campus garages to park her car. She said she believes this option is better than the parking lot pass because her car stays covered and the garage keeps her car safe from hazards and weather elements. However, Hourihan acknowledged that these benefits come at a steeper cost than the annual pass.

“It is really convenient to have my car in a parking garage because the garage is way closer than any of the other lots I would have parked in getting the other pass, so I guess it’s good, but it is really expensive,” Hourihan said.

However, Hourihan said she is worried that parking prices will increase in the future.

“Since parking pass prices have increased over the years, I am concerned about Vanderbilt raising the cost even more,” Hourihan said. “If the price increases next year, I will be looking into alternative off-campus parking options because I’m not sure I would be willing to pay more.”

Others choose to park in open lots around campus, like junior Keano Rich. Rich said he usually parks at one of three undergraduate student lots and rarely has trouble finding an open spot. He stated that he believes the pricing for the annual pass is fair.

“It’s about $65 per month, and I find that reasonable considering it’s roughly $2 per day, whereas parking costs $2 per hour if you use the daily or hourly parking spots,” Rich said.

However, some students use parking options other than university-isssued permits in an effort to spend less money. These locations include the Loews Hotel parking lot, located across the street from Kissam Center, and the 2525 West End Garage, close to the on-campus Kensington Garage.

Sophomore Jack Pressgrove said he found a spot in Loews after he missed the deadline to apply for a student parking permit for the Fall 2021 semester. Despite initial thoughts that parking in the Loews lot would be cheaper than university parking, Pressgrove realized that he actually paid more monthly to park in the hotel lot. The rate to park at Loews had been $100 per month, but on Sept. 23, Pressgrove received an email from the hotel saying that the price would increase to $130 a month starting in October.

“I feel like it is a pretty high amount of money to be paying,” Pressgrove said. “I guess it makes sense for it being that expensive, but yeah, especially with it going up to $130, it is concerning.”

Although Pressgrove stated that his off-campus parking is more expensive than university-issued passes, Hourihan claimed that other off-campus lots, such as the 2525 West End Garage, are cheaper.

“I totally would have looked into it [off-campus parking] more If I’d known there were other non-Vanderbilt-sponsored parking options,” Hourihan said.

“Unfortunately, we do not complete interviews,” their email to The Hustler reads.