Vacant seats remain on the Senate for the Peabody College, School of Engineering, third-year and fourth-year positions. 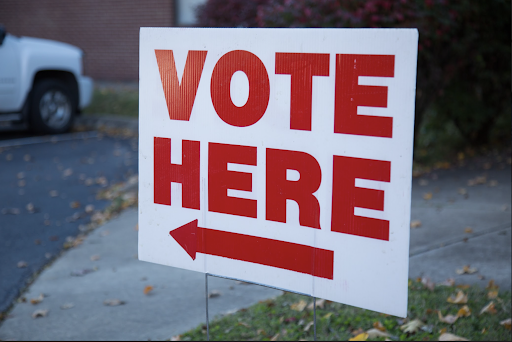 VSG Senate Election results were released in an email sent to students by the Elections Commission Chair, Jordyn Perry, on Sept. 15. The email elaborated that multiple vacant seats remain in the Senate due to a lack of applications. Student Body President and Vice President Hannah Bruns and Kayla Prowell did not respond to The Hustler’s request for comment about the vacancies.

“The vacant seats represent the Peabody College of Education and Human Development, the School of Engineering, Third-year, and Fourth-year constituencies,” the email reads.

To fill these empty seats, VSG stated that there will be another “unique” application process, in which students can apply for a Senate seat without campaigning. This written application closed on Thursday, Sept. 23 at 12 p.m. CDT. Last year’s Senate election left no seats empty.

Mailman, a second-year senator, urges students to apply for these remaining Senate positions.

An update on this year’s election process was sent in an email to students on Sept. 13 prior to the commencement of voting. The email said that students could vote for their top five choices for class senators, but only their favorite candidate for academic college and transfer races (if applicable).  Last year’s election also marked a new change in the election process, as it was the first year in which senators were elected based on class versus residential hall—a shift that remained in place this year.

The VSG rules about negative campaigning also changed this year. In the Sept. 5 Senate Information Session, Elections Commissioner Jordyn Perry mentioned how any attack on a candidate’s character was a violation in past years. This stipulation now states that any campaigning against an opponent that is based on inaccurate information is not allowed.

“Something that may come off as negative but is rooted in something factual is not negative campaigning,” Perry said.

Many of this year’s elected senators, such as Carlow, Johnson, Kim and Maaieh, ran on platforms that promised improved dining and amenities on campus. Talbot additionally mentioned work he believes needs to be done to improve working conditions for dining employees.

“We need to pressure Vanderbilt to get back to pre-COVID dining,” Talbot said. “Vanderbilt definitely has to work on providing livable wages for their workers. “We don’t want people to choose between providing for their families and working at Vanderbilt.”

Mailman echoed Talbot’s thoughts about Campus Dining. He spoke about how he plans to bring about changes as a second-year senator.

“I will try to find ways to work with our local worker’s union,” Mailman said. “If we want to fix the dining issue, I think a key part of that is making sure that the staff who are essential to that job—the dining workers, the janitors, etcJO—are paid properly and appreciated properly by this university.”

“Greek Life currently holds so much power on Vandy’s campus that if you’re not a part of Greek Life, you’re just excluded,” Yan said. “I will do everything in my power as a Senator to work with them [AGL] and draft bills to begin the process of dismantling Greek Life on campus.”

Other senators, like Arasteh, support reallocating Greek spaces. Mailman similarly believes that AGL would provide spaces for other organizations in need.

“West End right now has a plethora of physical spaces and well-updated buildings that quite frankly I think should be going to organizations that help support historically marginalized identities,” Mailman said.

Yan expressed similar concerns about the lack of meeting spaces for issue minority groups on campus.

Yan stated that she believes supporting AGL and divestment from fossil fuels are steps to avoiding the strife that characterized the 2020 student body election.

“Those movements are working towards abolishing the current power systems that allow those tensions to flare up in last year’s presidential election,” Yan said.

The platforms of the other candidates did not mention Greek Life.

Communication with the student body

Many senators encouraged students to get involved in VSG policy-making and meet with them to express their concerns.

“We can’t do our jobs properly if we don’t know what the student body wants,” Talbot said.“We’re here to represent you.”

All of the senators that The Hustler interviewed mentioned how they will actively be working throughout their terms to avoid the same tensions and turmoil of last year’s VSG student body election. Morinville and Sasson expressed similar sentiments, emphasizing the importance of open communication within VSG and with the student body.

“I plan to work constructively with all my fellow senators, leverage other people’s opinions and make sure that resolutions have everyone’s voices,” Sasson said.

Senators mentioned their propositions to otherwise improve student life at Vanderbilt. Sasson, a sophomore senator, said he will strive to increase the transportation methods available to students, both on campus and into greater Nashville, like a Vandy Van stop on Broadway Ave.

Addressing campus debates such as divestment from fossil fuels is also part of Arasteh, Maaieh and Yan’s plans for Vanderbilt.

“Just going off of pure economics, Vanderbilt needs to divest because our endowment is losing money,” Talbot said. “The world is moving towards green solutions.”