Ever wondered what goes on inside Kanye West’s head? We present a new column—Pop Culture Psychology—to learn the explainable origins of the mystery that is Yeezus. 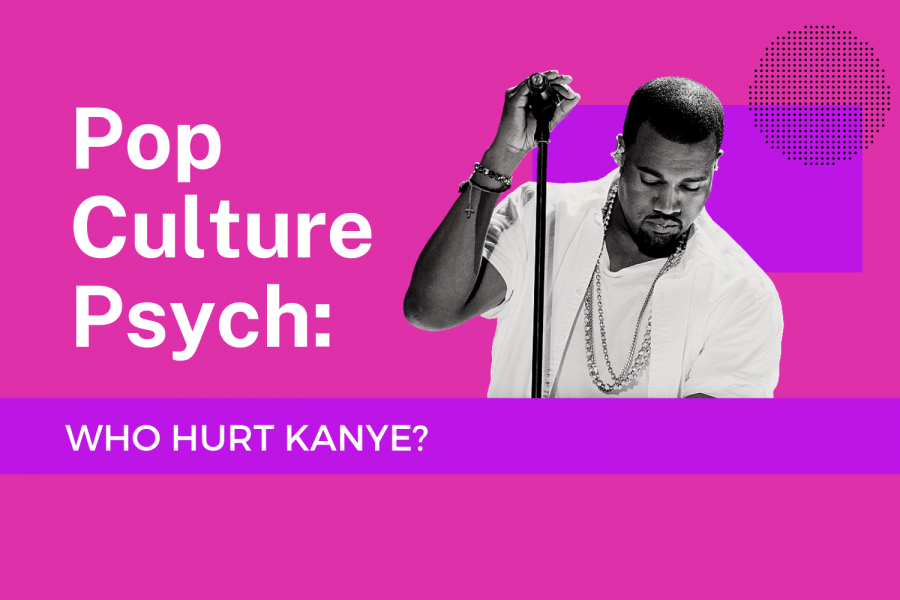 Ever wondered what’s going on in celebrities’ heads? The Enneagram, a personality system that attempts to explain how certain human behaviors form, can help us “read” people and situations from the inside out. I’ve taken it upon myself to use this system to conduct psychological evaluations of our favorite celebrities—and some campus hotshots—to bring you all the best insights into the human mind and get you one step closer to the one thing we all secretly yearn for: reading minds. Try not to think about it too hard.

The release of Kanye’s album “Donda” has led me to a question that absolutely no one has been asking but everyone wants to know: What is Yeezus’s personality type?

We can find clues about why Kanye is the way he is in three arenas of his life: music, politics and his rise to fame. To begin our journey into the psyche of Kanye, let’s review my method: the Enneagram.

The Enneagram is a time-tested personality system, consisting of nine different types that encapsulate individual motivations and patterns of behavior. Each Enneagram type has a name that tells us a little about its overall vibe.

The important fact to remember here is that the Enneagram sorts people by their motivations, not their actions. A Perfectionist (1) and a Performer (3), for instance, might both choose to study until 1 a.m. for their calculus exam. But the Perfectionist, motivated by responsibility, is doing so to keep her GPA up for medical school, while the attention-seeking Performer thinks more about the opinions of his parents and friends.

Each person has a primary Enneagram type and a “wing,” or a number next to their number that influences it. An Observer (5), for instance, can be a 5 wing 4 or a 5 wing 6. Each functions as a particular type of 5, channeling their motivations in a different way.

To learn more about Kanye, we need to look at his communication style and how he acts under pressure. When it comes to these factors, “Donda” says everything.

An article from Rolling Stone astutely summarized the July 22 album release at Mercedes-Benz Stadium and how it was quite in character for Yeezus.

“Kanye is known to delay and push projects back ad infinitum, so hearing new music seems like an unlikely occasion,” the article said. In fact, recording the album took 18 months, and Kanye has continually revised it since release.

Kanye’s winding, deadline-averse creative process reveals that he prioritizes his internal emotions over external expectations. This was my first clue that Kanye might be an Enneagram type 4, the Romantic.

4’s are one of three types in the “Feeling Triad” of the Enneagram, along with 2’s and 3’s. While all three in the triad are motivated by shame, 2’s internalize the emotion, 3’s suppress it and 4’s externalize it. 4’s value self-expression and identity above all else, which is why we often see them as artists or the wielders of strange eccentric wardrobes (think Lady Gaga and Billie Eilish).

The primary theme of “Donda,” as articulated by my fellow Life writers, is that, in a burst of egotism, West is convinced that a higher power is flowing through him. 4’s are known to spend their lives feeling devastatingly unique. While they struggle with feeling they will never fully belong in this world, they compensate by embracing their unique identity—often to an unreasonable extent. Hence, Kanye feels the need to set himself aside as “Yeezus” or a “king” to cope with his suffering.

Since 4’s prioritize understanding their identity, they often struggle with teamwork and unfairly unload their emotional trauma onto other people. Consider the common scenario in “Love Island” or “The Bachelor,” in which a man breaks up with a woman after leading her on for weeks. “I had to express myself,” he preaches from his soap box. He has little to no remorse.

So, where did this tendency in Kanye come from? The answer is always childhood trauma.

The story of a starving dog can be used to understand the childhood origins of the 4, and therefore of our beloved Donda King. In its desperation, the starving dog clings to a meatless bone. When an old man sets out real food for the canine, the dog turns it down and continues to suffer with his hopeless bone. The suffering is painful but it is his identity. Ultimately, Kanye’s artistry comes from dwelling on his suffering. Sad, right?

Kanye West’s parents divorced when he was three years old. He took to writing poetry at five and began rapping in elementary school.

This means Yeezy’s rise to fame was not driven by the desire to succeed that often characterizes 1’s, 3’s and other types. Instead, his ultimate values are authenticity and creativity, and he often attributes his success to making sure his vision is “real.” The discipline that made his success possible likely resulted from the fact that 4’s “integrate” into 1’s, the Perfectionists. Integration and disintegration are concepts used to explain how people can begin to behave like other Enneagram types in the face of personal growth or reversion. In the face of growth, 4’s like West undergo reaction-formation that replaces their fluid, creative nature with disciplined perfectionism to get the job done.

The Donda King is definitely known for standing up for what he believes in, even when (and especially when) what he believes in is not the most logical. Consider the time he ran for president as a member of the “Birthday Party” or ardently endorsed Donald Trump for president. While such manic behaviors may just be symptoms of his Bipolar Personality Disorder, people’s reactions to his outbursts provide insight into the relationships that 4’s form.

Trump is most likely an 8 on the Enneagram—the Protector—and is motivated by a desire to avoid vulnerability and maintain control over his environment. While West, as a 4, externalizes shame, Donald Trump externalizes anger. This externalization means that they are both expressive of their (albeit different) emotions, and as a result they communicate and bond well together. The men share a common passion and communication style.

Unlike West, Trump also possesses an uncanny ability to repress his emotions in the pursuit of his goals. The rapper likely admires Trump’s stone-faced demeanor, while Trump respects West’s emotional expression. These complementary concepts make 4’s and 8’s a great pair.

If I’m correct in my assessment, Kanye West’s Enneagram type helps explain what makes Yeezus Yeezus and allows us to tolerate his antics just a little more—which means we can likewise grow to appreciate the 4’s in our lives.

So, next time you’re listening to “Donda,” think of it as an experience in empathy. You may just be gaining another important insight into the nitty gritty complexities of a truly complex man, all the while learning how personality psychology can explain behavior.