The Vanderbilt head coach met with the media to discuss Re’Mahn Davis’ injury, the development of the team and his thoughts on Saturday’s SEC opener. 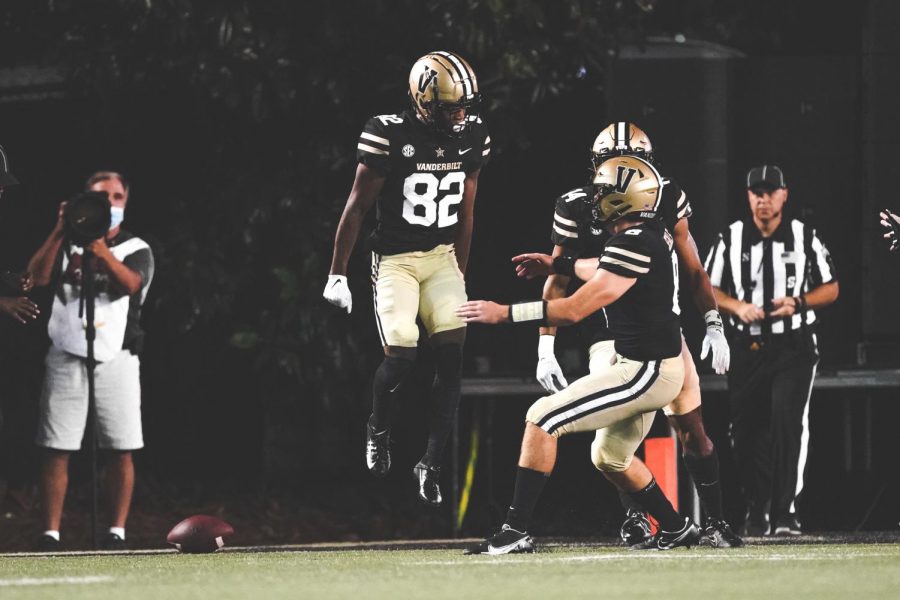 The Vanderbilt Commodores (1-2, 0-0) will play their first conference game of the season this Saturday, as they face the No. 2 Georgia Bulldogs (3-0, 1-0) at 11 a.m. CDT. The Commodores trail the all-time series 58-20-2, with their last victory against the Bulldogs coming back in 2016 at Sanford Stadium. Starting Saturday, eight of Vanderbilt’s final nine games will be against SEC opponents.

“Re’[Mahn] had a consult with our doctors yesterday evening, and he’s going to have surgery to repair a torn ligament in his toe,” Lea said. “That’s going to put him out for the year. I hurt for Re’[Mahn]. He’s battled through some nicks all season, and I’m excited for him to continue to be a part of this Team 1 and continue to help us in the manner he can. He’s a smart player, so he’ll be like another coach on the field.”

While disappointed about Davis’ news, Lea highlighted that with the starting running back role now open, there will be more chances for others to make plays.

“We hurt for Re’[Mahn] but are excited for the guys that will get opportunities, too,” Lea said. “Obviously, Rocko [Griffin] and Patrick [Smith] have been featured in our offense to this point and James Ziglor [III] will get some chances as well.”

With Davis limited from play in the second half in Saturday’s 41-23 loss to Stanford, Griffin took advantage of getting more snaps, totaling 111 rushing yards on 19 attempts against the Cardinal. Thus far, Lea has been impressed with Griffin’s commitment and development.

“Whatever Rocko’s production has been on gameday—Rocko’s success is in his consistency in all areas,” Lea said. “He’s such a dependable worker—that’s been evident since the early months of my time here. He brings energy, he brings attention to detail, he brings effort, he brings competitive spirit and a work ethic that has allowed him success when his number is called.”

This weekend’s matchup looms large, as the Commodores are set to play one of the most talented teams and defenses in the country. As of Tuesday, they enter the matchup as 35.5-point underdogs. Lea praised Georgia’s defense, detailing what he has observed from the Bulldogs’ stout defensive unit.

“I’ve got a ton of respect for Georgia’s defense, their staff. They do a great job,” Lea said. “I’ve been familiar with that operation—we spent some time with them when I was at Notre Dame just collaborating, sharing thoughts. The defense is about creating negative plays. They do well controlling the line of scrimmage, they play aggressively, and they’re multiple in their coverage concepts.”

Lea spoke about the ways in which his offense could create issues for Georgia’s talented defensive unit; however, he emphasized the importance of his team remaining focused on themselves and their development, especially so early in the season.

Lea also noted that senior tight end Ben Bresnahan and junior safety Justin Harris have both been put back on Vanderbilt’s depth chart after their respective rehab processes. The extent to which either will practice or play is still to be determined.

The Commodores and Bulldogs will kick off from Vanderbilt Stadium at 11 a.m. CDT this Saturday.