The votes are in—football fans nationwide would swipe right on Mr. C 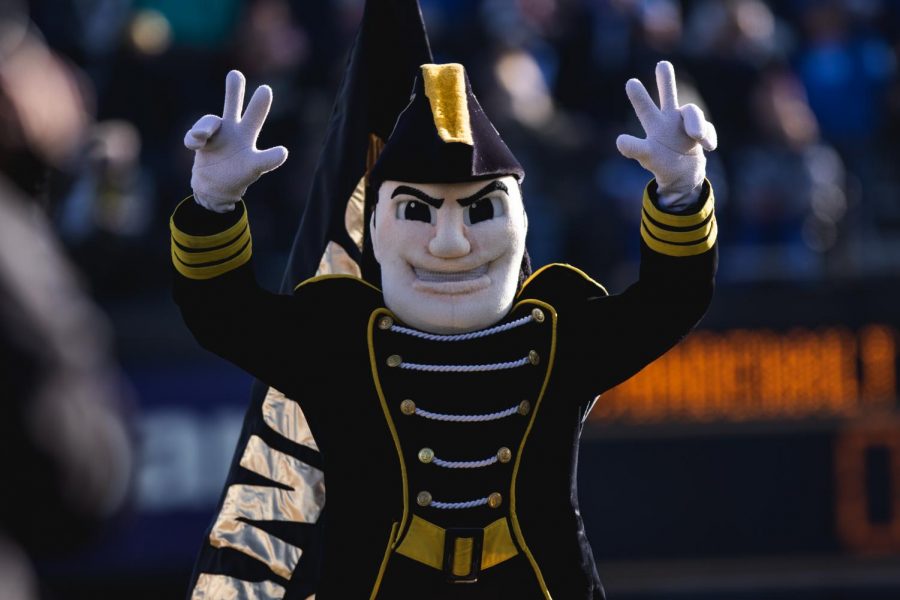 Have you ever wondered which college mascots are most likely to make their audiences sweat?

Neither have we. But the team at Quality Logo Products Blog has, and this August their curiosity prompted them to investigate some of the best, worst and sexiest college mascots in the country. Their results revealed that fans consider Vanderbilt’s own Mr. C to be one of the sexiest mascots in the nation.

In the study, 1,266 Americans were asked questions such as who is the best/worst mascot? and who is the sexiest mascot? regarding the 128 mascots of NCAA Division 1 Football schools. At the core of this investigation was the idea that a school’s spirit, and therefore it’s mascot, is one of the most cherished parts of the college experience. So, naturally, we need to rank the mascots on attractiveness.

Of the 128 contenders, Mr. C ranked third in the “sexiest college mascot” category, just beneath Willie the Wildcat from Northwestern and Army Mule from the Military Academy. After Mr. C came University of Houston’s Shasta and “The Bird” from the U.S. Airforce Academy. Strangely, Mr. C was the only human mascot to break the top five.

A random survey of Vanderbilt students found that Mr. C’s ranking, albeit controversial, is certainly not a surprise to everyone on campus. We surveyed students from a variety of grades and student organizations, asking them to rate the accuracy of Mr. C’s ranking in this category on a scale of 1 to 10, 10 being the most accurate. 51.6 percent of students polled gave the ranking a 10 out of 10 in accuracy, and just over 65 percent responded that they would swipe right on him on dating apps. Not too bad for a Commodore.

A good amount of other students were confused and even shocked by the news.

“I would not have seen that one coming,” first-year Tenley Noonan said. “I feel like he may have received that title because he’s one of the only human mascots, so the ranking may not be entirely accurate. I don’t personally think he’s sexy.”

Apparently, most of the fans disagree.

But Mr. C wasn’t always the sexy Naval Captain he is today. “Mr. Commodore,” modeled after “The Commodore,” a nickname retained by Cornelius Vanderbilt for his energy and eagerness in the railroad trade, was once portrayed as an older officer with gray hair and mutton chops. He was remodeled more recently to feature a chiseled jawline, strong chin and fitted suit. This factor may have set Mr. C apart from those mascots tragically ranked “least sexy”—many of whom haven’t been remodeled since the mid-1900s.

“It feels great to be named the sexiest mascot in D1 athletics,” said Mr. C in the flesh. “I always suspected it, to be honest. Maybe I’ll finally put out that swimsuit calendar I’ve been planning for years!”

While men ranked Mr. C higher, women preferred Duke’s Blue Devil, who ended up not making an appearance on the overall “most sexy” list. Additionally, Mr. C’s indisputable beauty was not enough for him to make it onto either the “best” or “worst” mascot lists.

Nevertheless, his growing recognition is certainly a good omen for Vandy morale, and for the exciting seasons of athletics to come this semester.

“I love the recognition, but the title’s not about me. I’m hoping we can use it to rile up this year’s teams and audience to come out better than ever,” Mr. C said. “And of course, don’t forget to swipe right if you see me online. I could always use the confidence boost, but I’m not paying for Tinder Gold.”