Timeliness and quality of care are cited as the primary issues with the UCC. 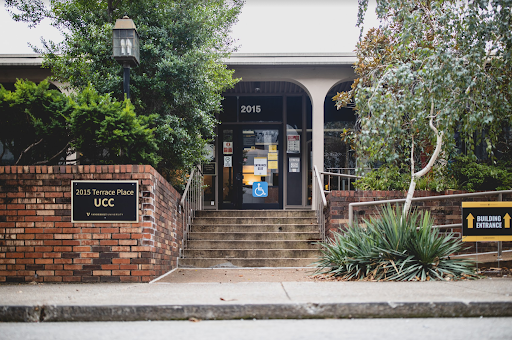 The University Counseling Center (UCC) has faced backlash from students about its convenience and efficacy of care. Part of the Center for Student Wellbeing, the institution offers mental health and crisis resources for members of the Vanderbilt community, including individual and group therapy, psychological screenings and psychiatric services.

On April 19, Vanderbilt Communications and Media published an article citing anonymous student testimonials on various services at the Center for Student Wellbeing, including academic and wellbeing coaching, ADHD workshops and recovery support. The UCC was not mentioned in the article, and the anonymous reviews were all positive.

“Having constant support and access to resources has helped me to place emphasis on taking care of my physical, mental and emotional well-being,” a junior said in the article.

However, students have reported that the UCC, as a major department in the Center for Student Wellbeing, may not entirely meet these standards. One of the primary concerns students emphasized about their UCC experiences was timeliness, both in making appointments and keeping them.

“Freshman year, I was really in a crisis, and it took three weeks to get an OSCC [Office of Student Care Coordination] appointment,” senior Kelly Morgan said. “It took two or three more weeks for a therapy appointment, and that was a month and a half after the initial crisis.”

Udit Malik, a junior, also cited timeliness as a primary issue with the UCC, stating that he waited almost three weeks for his ADHD evaluation results and experienced appointment cancelations within 24 hours of the scheduled meeting time.

“I was contacted mid-July about my ADHD evaluation, and they sent a bunch of forms. I went into the UCC for my ADHD reaction-time tests around Aug. 10,” Malik said. “I was supposed to get my results on Aug. 27, and it has yet to be rescheduled.”

Malik also spoke about a need for more support in finding an external therapist as a way to facilitate long-term care.

“I wanted to ask the UCC if they had any good therapists around Nashville, but I really don’t know who to ask or even email,” Malik said. “[The UCC] strongly recommend external help, but they don’t help you with finding it.”

Another prominent issue lies in the care provided within the UCC. Sophomore Faith Viers discussed the UCC’s failure to offer the consistent care that is necessary to form a connection with her provider.

“The closest I ever got appointments was three weeks in between, so it felt like she couldn’t even keep track of who I was,” Viers said. “It was pretty frustrating.”

Viers also expressed frustration with the quality and accessibility the UCC provides, specifically mentioning that their drop-in hours, an alternative to making appointments a month out, aren’t as effective.

“It was like a band-aid on a problem,” Viers said.

Despite these issues, students have had positive experiences at the UCC. Discussing her experience during her sophomore year, Kelly Morgan spoke about connecting with a therapist after a few months and seeing a psychiatrist to receive medication that worked for her. Morgan also said she is appreciative of the free services the center offers.

“I could see a psychiatrist for free, when it’s usually over $200 for an hour’s time,” she said. “I honestly cannot express how thankful I am for that prescription.”

Both Malik and Viers agreed that the underlying issue behind the UCC’s care is a lack of staffing and funding.

Todd Weinman, director of the UCC, denied claims of understaffing. He also spoke about the UCC’s services and resources for care.

“The University is very supportive in terms of continuing to expand resources for supporting student health and wellbeing,” Weinman said in an email to The Hustler. “It is essential that our services strive to balance both timely access to services to get students in the door, as well as allocating our resources as effectively as we can.”