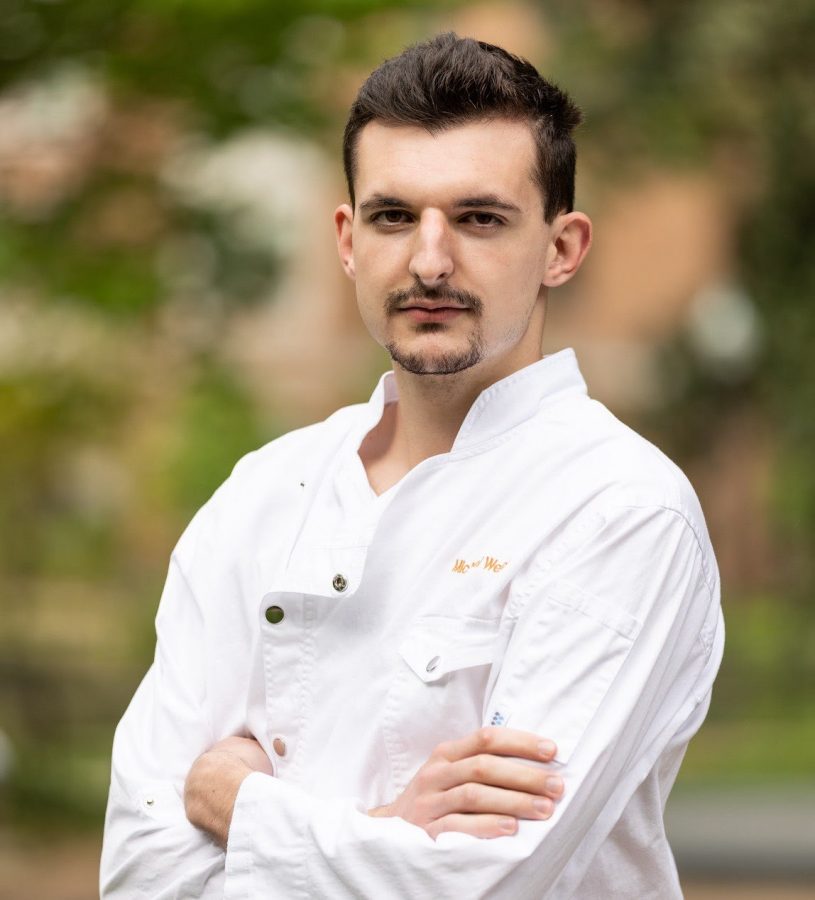 The brand-new Vanderbilt Culinary Club held its first meeting at McDougal’s on Saturday, Sept. 11. While eating at a restaurant is a bit of a detour from what the club will normally be doing—cooking meals together—it was a great way to kick off the year and discuss the club’s future plans. After eating some glorious chicken tendies, I got the opportunity to speak with junior Michael Weirich, president of the club, who has a rather impressive history with cooking.

“I started cooking in the fourth or fifth grade, and I did the basics first. Then, I began to cook for my family more frequently in sixth or seventh grade until high school, when I cooked for my family basically every night,” Weirich said.

Let’s just say that his recipes were several steps above the Totino’s Pizza Rolls and Kroger rotisserie chickens that most high school boys subsist on.

After being stuck at home during the summer of 2020 due to COVID-19, Weirich decided to get creative by opening his own restaurant, Confluence, right inside his home. Initially, this pop-up establishment served just Weirich’s closest family and friends, but in a few months, Confluence made the news and was completely sold out for the rest of that summer.

This popularity, along with his food Instagram page, @mikeydubsfood, put him on the radar of the producers of Guy’s Grocery Games—hosted by the iconic Guy Fieri—who invited Weirich to appear on the show. His episode, “Snack Attack,” aired on Sept. 1.

Now, Weirich has brought his talent and passion for cooking back to Vanderbilt to teach students how to cook through the Culinary Club.

“It’s something I’ve been looking for for a while now, and others have too,” Weinrich said. “At the club fair, we [the Culinary Club] picked up more than 300 members. Some were freshmen, and some were seniors who, like me, had wanted something like this for a while but didn’t have any options.”

Don’t worry if you don’t have much cooking experience; if you’re like me and fail every time you try to flip an omelette, Weirich and the Culinary Club will teach you to whip up a storm in no time.

As for the club’s future plans, Weirich is planning on “The 4 C’s:” cooking competitions, charitable cooking, chef visits and cooking lessons. Essentially, there’s something for everyone, whether you wish to cook at a competitive level or just learn the basics.

Ultimately, the club strives to “give students the opportunity to learn to cook and use that knowledge in a variety of settings,” whether that be to just feed yourself something simple or impress your friends with an extravagant meal.