The Commodores opened their season with a seventh-place finish in South Carolina behind Auston Kim’s top-five performance. 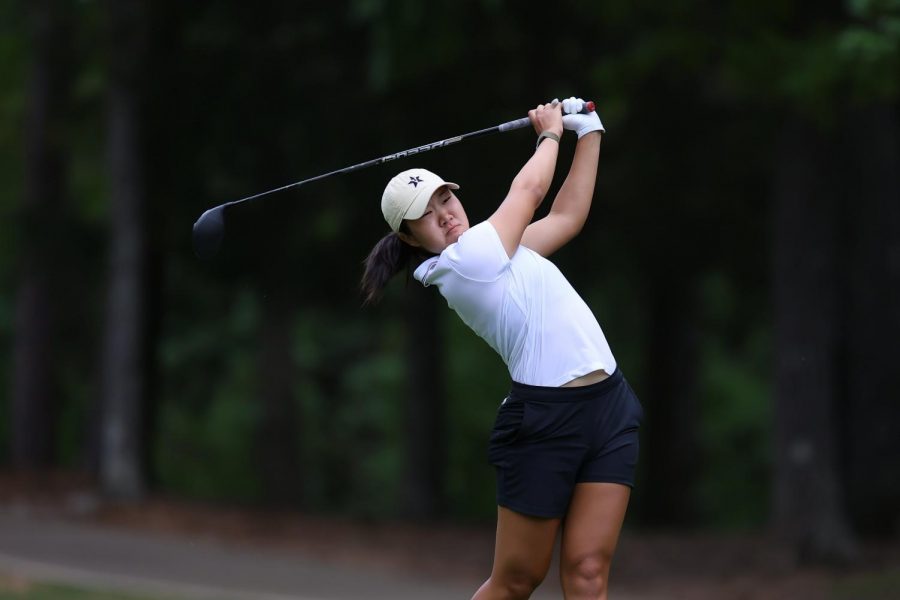 Vanderbilt began their season this past week at the Cougar Classic in South Carolina. (Vanderbilt Athletics).

Earlier this week, the Vanderbilt Commodores teed off their 2021 fall season taking seventh place at the Cougar Classic in Hanahan, South Carolina. In the first event since their exit in the NCAA regionals last spring, the Commodores finished near the middle of the 17-team event. Vanderbilt was led by star senior Auston Kim, whose 7-under score over three rounds put her in an individual tie for fourth place.

“I had a really good attitude heading into the week and I knew my strengths and really tried to play with those in mind,” Kim said.

The first two rounds were played on Monday, and the third on Tuesday morning. The Commodores started slowly Monday morning with a first-round team score of 295, tied for 11th with no individuals under par. Yet, four of Vanderbilt’s five competitors improved their scores in the afternoon. Kim followed her opening even-par 72 with a second round 67, and sophomore Virginie Ding followed a 73 with a 70. By the end of the day, the Commodores were a combined 3-over and tied for eighth.

In the final round on Tuesday morning, the Commodores played solid golf and moved up one spot to conclude the tournament in seventh. Sophomore Ariel Yu made 14 pars en route to a 72, ending her week in a tie for 36th. Junior Tess Davenport had her best round on Tuesday, scoring a 73 to finish 7-over. Junior Jayna Choi was 28-over overall; thus, her score did not count towards the team score, which includes only the top four golfers. Kim was joined in the top 20 individuals by Ding, who ended the week at 1-under.

Kim, who recorded yet another top-five score this week, has assumed a leadership role for this year’s Vanderbilt team.

“It’s kind of different in that I’m one of the oldest on the team now, and I have a responsibility to lead the other girls,” Kim noted on the difference between playing last spring and now.

The Commodores were without junior Celina Sattelkau this week, who head coach Greg Allen confirmed was missing due to COVID-19 protocols. Next up for Vanderbilt is the Mason Rudolph Championship starting Sept. 24, which will take place at the Commodores’ own Vanderbilt Legends Club in Franklin, Tennessee.

“The tournament is a lot of fun but there’s also a bit of pressure involved because it is our home event,” Kim said. “We just want to really give it our best out there without forcing anything.”

While the Commodores didn’t come away with a victory in South Carolina, they have a team full of talent and will be exciting to watch in the coming months.