Our thoughts on the singer’s latest release and her developing musical and lyrical prowess. 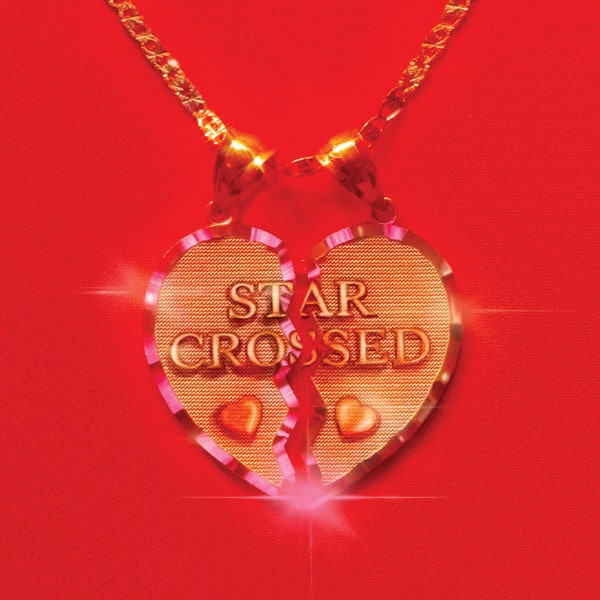 The titular track serving the role of opener makes total sense to me: it allows for Musgraves to show off her powerful vocals and harmonizing abilities right off the bat. The backtrack brings to mind a beautiful romance movie, as Musgraves sings, “Let me set the scene, two lovers ripped right at the seams, they woke up from the perfect dream.” Musgraves’ Shakespeare reference then transitions into her typical modern pop beat as she sighs, “I signed the papers yesterday.” The song establishes her as moodier, but better-developed vocally, compared to tracks on her earlier albums, such as “Pageant Material.”  The pacing and lyrics of the song remind me of popular R&B artists—especially The Weeknd—with the beat’s rise and fall. This meshes with the lyrical themes to help the first track build excitement, not unlike the beginning scenes of an emotional rom-com.

The following track, “good wife,” acts as a rebuke, if not a mockery, of the themes and lyrics from Musgraves’ previously romantic and loving album “Golden Hour.” Musgraves pleads, “God, help me be a good wife,” yet that sincerity overlaps with a sense of hopelessness as she reflects, “the truth is … I could probably make it on my own.” Listeners feel as though they’re sitting next to Musgraves as she sorts through the first thoughts of divorce and separation, with the complicated syncopated backtrack and warbling electric guitar underscoring the song.

“cherry blossom” plays into Musgraves’ venture into the pop side of country-pop. This track lightens up the mostly dark-toned album, reminding me of upbeat tracks by other pop giants like singer-songwriter Halsey. “if this was a movie” is my favorite off the album; the song is more complicated, lyrically and musically, compared to others that are more focused on the album’s story-telling. Had Musgraves released this as a single prior to the album release, I believe this track would have done laps around the Billboard pop-country charts.

In addition to the opener and album namesake “star-crossed,” Musgraves strategically picked “justified” as her second single before the album’s release. To me, this was a smart decision, as “justified” is a catchy, pop-y tune with melancholy notes that represents the album’s overall theme of moving on from heartbreak. It makes sense that she made this song number six on the album; the first five songs illustrate that sinking feeling of a relationship ending and knowing that there’s nothing you can do to go back to what once was, but “justified” is the first sign of acceptance. The sound itself reminds me of an early 2000s ballad mixed with a little bit of Carrie Underwood.

“angel” is a slow melody in which the light strumming of Musgraves’ guitar seems to wash over you and flood your senses. Combined with the sound of thunder and the lyrics “I’d pull you out of the darkness/keep you out of the rain,” this song is soul-cleansing.

“breadwinner” juxtaposes “angel” with a sassy, strong and upbeat melody that assures listeners that Musgraves knows her worth, and so should you. This is the “girlboss” song of the album that will remind you and your friends that it is 2021 and you don’t need anyone in your life who doesn’t treat you exactly as you deserve to be treated.

And with modern-day romance comes modern-day nostalgia. Hence, “camera roll” is the age-appropriate answer to the pang you get when stumbling down memory lane. The instrumental bridge is reminiscent of Taylor Swift’s “folklore,” while the steady piano throughout is a calming and necessary addition to the album.

Despite what every rom-com and fairytale teaches us, relationships are hard. Musgraves’ “easier said,” tells it like it is, reflecting that it “ain’t easy to love someone,” yet all hope is not lost—she simply acknowledges things for the way they are. The beginning of the song has a combo of synth and pop that makes me feel like I’m in an early 2000s movie in the best way, but the later addition of guitar and percussion throws country into the mix and transforms the song into the modern Musgraves sound.

Contrary to what the title of “hookup scene” might imply, Musgraves presents us with gushy vocals that feel like a warm hug rather than an awkward late-night tryst. This somewhat somber transition from “easier said” speaks on issues of confidence, lust and casual relationships, reminding listeners to hold those you love a little bit closer. Not only is it a track that speaks to her recent divorce, but her soothing tone affirms feelings not unfamiliar on a college campus.

“keep lookin’ up,” however, channels a force not far off from Carrie Underwood or Beyonce’s “Daddy Lessons.” The song itself is an uphill climb that symbolizes a shift in the tone of the album. She’s no longer reflecting, but moving forward. It’s the soft toe-tapper that I’d been craving for most of the album, prepping our palate for the more upbeat tracks to come. Here, things really are lookin’ up.

“what doesn’t kill me” is a fast-paced warning to any future hardships, in the love department or otherwise. She announces that the “Golden hour faded black,” one of the standout lines from the album, proclaiming the official end to her beloved “Golden Hour” era. She’s moved on to a time of reflection and empowerment as she claims that “what doesn’t kill me better run,” amidst punchy vocals and a complete tone change—it’s a refreshing, healing shift from the rest of the album, and one that I’ll happily jam to in the car.

A similar message continues into “there is a light,” but with a lot more flute—so I obviously love it. Here she channels the sort of acid trip she aspired to portray throughout “Slow Burn,” bringing in playful elements of spoken word and 80’s drum beats. It feels as if the light is coming out as the song continues and that there’s a brighter future ahead for Musgraves.

“gracias a la vida” is a literal “thanks to life, ” but Musgraves’ moody instrumentals and vintage autotune seem to contradict the intended message of the song. While it brings in similar guitar patterns to “star-crossed” and closes with a perfect final strum, something’s still off. The track transports us back to another time, and this musical distance feels as if she’s dragging us away from her sound rather than closing out the album by continuing her journey of self-empowerment. This isn’t surprising, given that Violeta Parra’s original version of the song has somber origins, but Musgraves notes that she interpreted the song as a “thank you” to her former self. If she’s happy, we’re happy, and I’m just glad I got to put my intermediate Spanish skills to good use.