“Certified Lover Boy” is nothing we haven’t heard before

On his sixth studio album, Drake sounds desperate to cling onto a heyday that ended years ago. 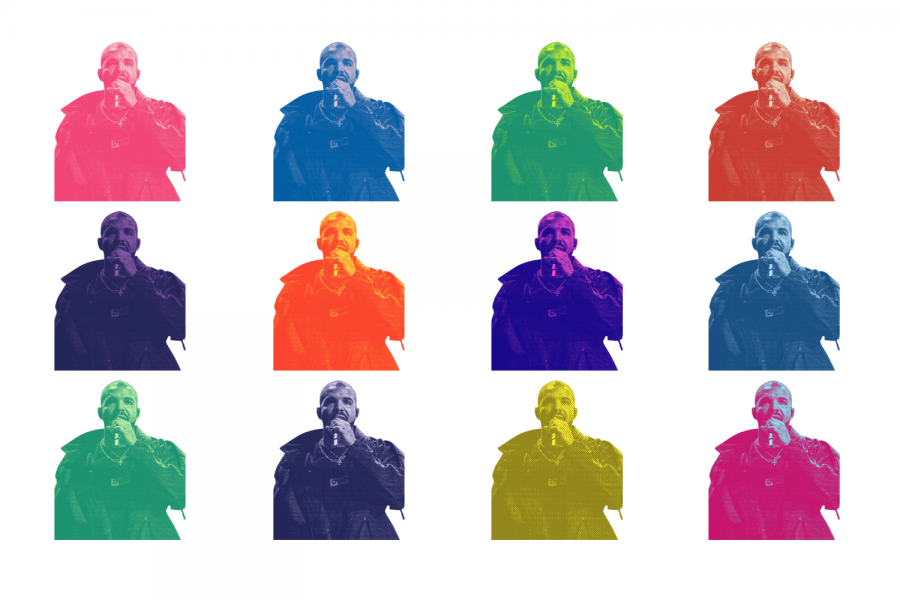 Whether you listen to Drake or not, chances are that you’ve encountered some version of a questionable duck-faced mirror selfie the rapper unironically posted to social media last month.

There he is: the same rapper who built his brand on having “started from the bottom,” who dissed Meek Mill into oblivion and who built a case for why his back would be the one to carry hip-hop into its future.

It turns out that the duck face isn’t the only thing we left in 2015. The reason why his selfie quickly became the butt of the hip-hop internet’s jokes is the same reason his latest album, “Certified Lover Boy,” falls short of everything it promised. Times change, and the tactics that worked five years ago don’t work the same way five years later.

“Certified Lover Boy” is a living embodiment of the age-old adage that “you can’t teach an old dog new tricks.” Drake may still love the game of topping charts with semi-cheesy Instagram caption bait, but it’s getting more and more boring for everyone else. This album is a disheartening snapshot of an old dog, frisbee in mouth, prancing around and waiting for his owner to come back.

Throughout “Certified Lover Boy,” Drake leans very heavily into the prospect of being a father-figure to the rap game. “To all my sons worldwide, all my juniors, I apologize for my absence,” he says in the opening seconds of “Papi’s Home.”

“I know I left you without a name to drop. I don’t know how I expected you to get your clout up, or get your money up. But don’t worry. Daddy’s home.”

The authority to call himself a “daddy” to anyone besides his son Adonis—who gets a name drop—is something that Drake has not completely earned. He spent the majority of his career riding bandwagons that already existed rather than creating his own: whether that be getting buddy-buddy with NBA players once they win championships, unnecessarily taking shots at his rap game forefathers to reignite long-dead rivalries or even leaking unreleased diss tracks by rivals. Drake waits for the perfect wave to ride, then acts like he originated it.

This rings true in tracks like “Fair Trade.” The first half of the song is defined by the never-ending purgatory commonly referred to as the “Drake verse.” He generates viral one-liner tweet after viral one-liner tweet from his endless cache, with the same monotone, bratty croon we’ve been hearing for two decades.

In the second half, however, the voice of Travis Scott enters the mix like a long-awaited savior. Scott raps with a striking tenacity that wholly contrasts with Drake’s washed-up rhymes. Even if it isn’t his best verse, he sounds hungry, while Drake sounds complacent.

Yes, of course, there is some great stuff on the album. Please don’t send me to the Student Health Center to get my ears checked. On “F*cking Fans,” the second-to-last song on the LP, a mid-song beat switch transports listeners from the cheesy sing-raps of yesteryear to a wistful, more pleasant version of Drake’s longtime approach. There are more sing-raps in this section, but they sound less like he’s trying to get a reaction and more like he’s speaking from the heart (and not the one on his hairline).

“Hard for me to justify the women I was into,” he says to an unnamed character at one point during the track’s denouement. “Especially when the whole entire world wished they had you. Then I locked the door that night in Vegas ’cause I had to. Then I had a kid even though I never planned to.”

On “Race My Mind,” Drake comes off as an angry king set on reclaiming his rightful throne. But—if the throne was ever even his in the first place—his rant comes off as an expired affirmation that only he still believes.

“Knew I needed love, but I think I value the hate more,” he says in the song’s second verse. “To push towards things that I prayed for. Retrograde energy shifts are what I was made for. And don’t you dare hit me back with no ‘K, Sure.’”

When you’ve made it to the level Drake has, rapping about “pushing towards things that (you) prayed for” feels inauthentic. For an album that sounds complacent as a whole, the aggressive face he puts on for verses like this one feels like  an obvious lie.

On the other hand, “Get Along Better,” an ethereal track that features Ty Dolla $ign, sounds like something Pharrell and the Neptunes would have produced in 2003. It’s one of few instances on the album where, even though Drake’s approach is getting old, you cannot deny that he’s good at what he does. When he croons “But now I get along better with your friend,” with that gripping autotune-assisted falsetto, you feel as though you have lost something you never knew you had.

This realer, more authentic version of Drake makes a smattering of cameo appearances over the course of “Certified Lover Boy,” even if the lyrics themselves aren’t where this quality makes its home. This authenticity presents itself in songs like “In the Bible,” and silently makes its value known in the “Tuscan Leather”-esque bars of “No Friends in the Industry.”

However, these are more akin to glimpses of a long-lost past than snapshots of an unfurling future. With lackluster records like his latest offering, Drake might just end right back up at the “bottom”—the humble, gritty starting point from which he famously emerged (or so he says). Perhaps he will then try to claw his way back up to the top. But at that point, it will be too late.