Experienced players and a tight-knit team culture have the Commodores poised for a strong 2021-22 season. 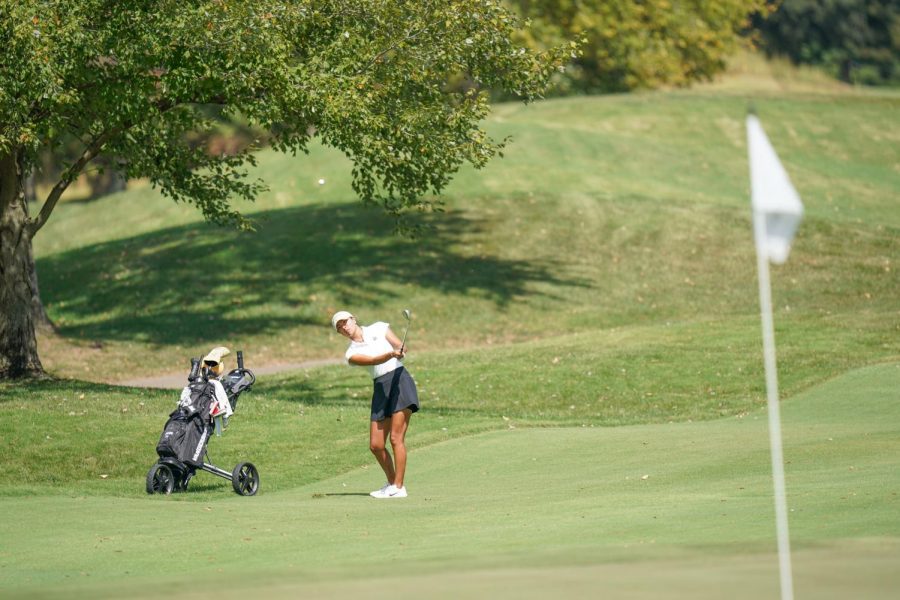 The Vanderbilt women’s golf team tees off its Fall 2021 season Sept. 13 at the Cougar Classic in Charleston, South Carolina as one of the more promising and experienced teams in the SEC.

Back on May 12, the Commodores concluded their 2020 season by finishing eighth at the NCAA regionals, just shy of the top-six finish needed to advance to the NCAA Quarterfinals. Before the NCAA Tournament, Vanderbilt finished inside the top ten in six of eight tournaments played, including a tie for second place at the LSU Tiger Golf Classic, a third-place finish at the FAU Paradise Invitational and a sixth-place finish at the SEC Championships.

“Probably the worst feeling you have all year as a coach or a player is when you don’t make it as a team to the National Championship and your season ends at an NCAA regional,” head coach Greg Allen, who is entering his 15th season at the helm, said.

Despite the disappointing finish,  Allen felt as though the team was really clicking at the end of last season and stressed that his group will use that momentum as a baseline from which to build on this season.

“We’ve already talked about that a couple times this year, how [the team] feel[s] that kind of camaraderie. Team closeness is what we want and we have that this year already,” Allen said.

For the Commodores to be among the SEC’s best in 2021, they will need to rely on a roster that returns the majority of players from 2020-21. The lineup is now older and with another year of playing experience under their belts, that much stronger.

“I think we are a really experienced team,” Allen said. “[The juniors] know what college golf is all about now and the younger kids can learn from them.”

As for the players, Louise Yu returns for her fifth year, Auston Kim enters her senior year and Celina Sattelkau, Tess Davenport and Jayna Choi are now juniors. Virginie Ding and Ariel Yu are sophomores and Natasha Kiel rounds out the roster as a freshman, the only “newblood” to an otherwise veteran roster.

According to Allen, the Commodores will be without Louise Yu until at least the spring due to a back injury. When she does return, however, she will bring invaluable experience to the Commodores as the first fifth-year to play under Allen.

“She does what it takes to get it done and she’s really grown over the years,”  Allen said.

Over the course of her Vanderbilt career, Yu has played in more than 30 tournaments with a career scoring average in the low 70s. She was named to the SEC All-Freshman team, has been a Women’s Golf Coaches Association (WGCA) All-America Scholar three times and was a Second Team Arthur Ashe Jr. Sports Scholar this past season.

Additionally, Yu was one of two Commodores to advance to the 2021 NCAA Championships as an individual, finishing in 97th out of 134 particpants. Vanderbilt will benefit from her leadership and perspective when she returns during the postseason push.

“The experience she gained at the National Championship last year is going to be huge for her and [a] motivating piece for her to get back into action,” Allen explained. “She just brings some peace and some calmness to her teammates because she never really gets too high or too low.”

Sattlekau comes into the season fresh off of a breakout 2020 campaign that earned her several awards. She was named First Team All-SEC, a Golfweek Third Team All-American and a Women’s Golf Coaches Association Honorable Mention All-American. Sattelkau was the second Commodore to qualify for the individual portion of the NCAA Championships, where she advanced to the final round. Vanderbilt hopes she can find repeat success this year.

“She has really grown over her time here and she just continues to gain experience,” Allen said. “[She] played well over the summer back home in Germany.  I think we’re all looking for big things from her.”

For Sattelkau, however, while the accolades come as a result of sustained strong performances, her focus lies in her process and mental game.

“She really buys into the process … and has done a good job of learning how to manage her expectations,” Allen explained.

As long as there are still holes to play, Sattelkau is fighting her hardest. Her coach refers to her as a “pitbull,” strong on the course and a leader off of it.

“She is somebody that’s gonna go out there and play with a lot of heart, a lot of soul, a lot of grit. From the first tee until the 18th green she can give you everything that she’s got. She is going to fight for everything,” Allen said. “She is a real leader on the team and I’m hoping she helps the other girls.”

Kim kicks off her fourth campaign with the Commodores, expecting to return to the form she had her first two years in the black and gold. An All-SEC Freshman and former All-SEC first team, Kim struggled in her junior season, finishing in the top ten only twice all year.

“I think the struggles of her junior year helped her grow as well and are going to help her,” Allen said. “Auston looks at every opportunity as a growing opportunity and doesn’t see poor performances as a roadblock. I think that is what she has taken from last year.”

Davenport will look to anchor the rest of the rotation, providing valuable experience from her prior two years.

Despite the experience up and down the roster, Vanderbilt also plans to play its youth early on, as Ding will accompany the team to Charleston for the Cougar Classic.

“I think [Virginie] is going to play a lot for us, and we look for big things out of her. She had a really good day yesterday [Sept. 5] and shot 66 in the qualifying round [for the Cougar Classic] so she’s definitely going with us on Saturday [Sept. 11],” Allen said.

Vanderbilt will kick off its Fall 2021 season at the Cougar Classic in Charleston, South Carolina (Sept. 13-14). As a result of COVID-19, Vanderbilt was forced to play an SEC-only schedule last season, similar to the 2020 Fall football and soccer seasons. COVID-19 also cancelled the Cougar Classic and the Mason Rudolph Championship, which are mainstays in the yearly schedule.

Vanderbilt is happy to have both back this year. The Commodores won the 2019 Cougar Classic as a team and Auston Kim won as an individual.

“[The team] has some really good memories of that tournament. It is just a really good way for us to start our season,” Allen said.

The Mason Rudolph Championship immediately follows the Cougar Classic the weekend of Sept. 24-26 and is played on the Commodores home course, the Vanderbilt Legends Club.

Vanderbilt will then compete in the Ruth’s Chris Tar Heel Invitational (Oct. 16-17) and The Ally at Old Waverly (Oct. 25-27) to round out the fall season. The spring season starts with the FAU Paradise Invitational Feb. 7-8, 2022.

In the end, the return of beloved tournaments, a roster shaped by veterans, experience and a close team environment have the Commodores ready to make noise in the college golf landscape.