Effects of $50 Meal Money credits on Taste of Nashville restaurants

Despite staffing and food shortages, Taste of Nashville restaurants benefited from higher-than-usual tips and increased foot traffic from Aug. 24 to 29, as a result of a daily $50 student Meal Money credit. 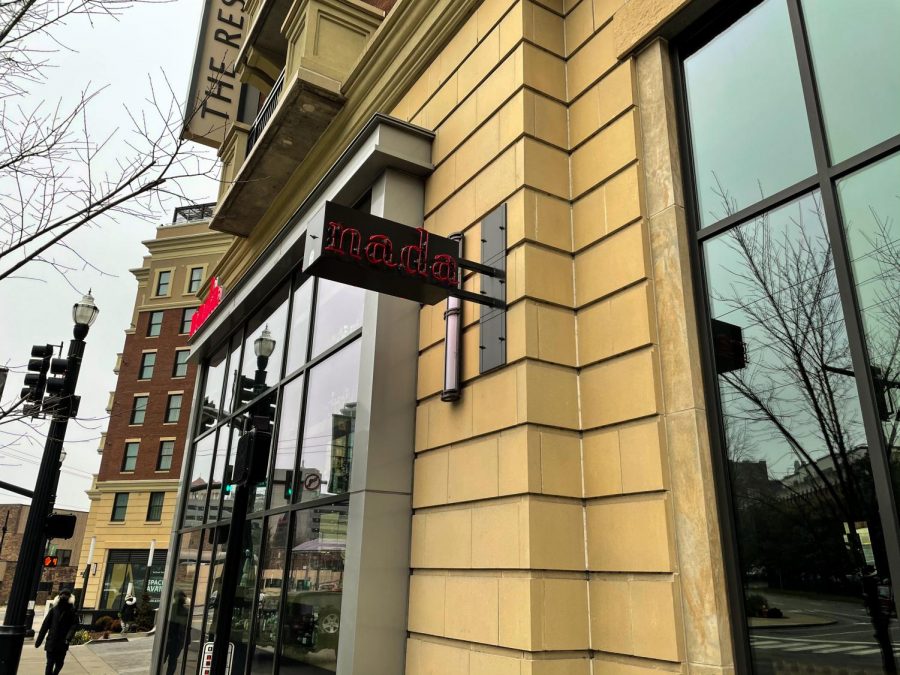 Taste of Nashville restaurants experienced understaffing, food shortages and long wait times but also considerable tip amounts and increased foot traffic as a result of the $50 stipend Vanderbilt students were given daily from Aug. 24-29. Staff at all 11 restaurants interviewed told The Hustler that they were not given any prior notice by Vanderbilt about this initiative.

“We didn’t know it was happening—that was probably the most shocking thing,” Nicole Brant, owner and general manager of Grain & Berry, said. “On Tuesday, all of a sudden we had a huge line out the door.”

Campus Dining did not immediately respond to The Hustler’s request for comment about their lack of communication with Taste of Nashville restaurants regarding the stipend.

Due to the lack of notice about the $50 stipend, six of the 11 restaurants interviewed told The Hustler that they did not have adequate time to order extra food to accommodate their expanded customer base. According to shift lead Marlee Mclain, Jeni’s Splendid Ice Creams sold out of nearly all of their pint stock on Aug. 24 and had limited availability of bucket flavors for a couple of days.

“We all called it the Vandypocalypse,” Mclain said. “It would have been nice to receive some advance warning, just so we could know how to prepare.”

Per employees, Urban Juicer temporarily removed sandwiches and other entrees from their menu, resorting to selling only juices, smoothies, pre-made meals and acai bowls.

Furthermore, some restaurants reported facing staff shortages due to the heightened traffic in their establishments as a result of the $50 stipend. This issue compounded on the pandemic-induced understaffing in the restaurant industry and the fact that many employees have recently returned to college.

“It was insane—we were so short-staffed that the employees had to shut down all the to-go orders, turn off everything and call our owners,” Steven Younger, manager of ‘Za Wood Fired Pizza, said. “We even ran out of dough three times.”

There were also incidents in which restaurants had adequate front-end staffing, but fell short in the kitchen. Per an Anzie Blue server and as witnessed by first-year Eileen Zheng, the kitchen staff at Anzie Blue walked out of the restaurant on Aug. 26 for unspecified reasons, resulting in tables not receiving their food. However, Anzie Blue co-owner Marcie Allen Van Mol denied these statements, instead emphasizing the benefits of the stipend and her restaurant’s Taste of Nashville partnership.

“Students ordered larger, more expensive dishes like our Peruvian Chicken, which takes 25 minutes to prepare, when they usually get tacos or enchiladas, which take only 10 minutes,” Nada server Amirah Tayuun said. “This backed up our kitchen a lot, and we ran out of larger plates for other guests.”

The $50 credit also forced restaurant staff to balance the needs of Vanderbilt students with those of their other customers.

“If I saw any regular customers, I tried to get their orders out quickly and explain why there was a massive influx of Vanderbilt students—everybody was really patient and understanding,” Brant said.

According to multiple students, some restaurants temporarily stopped accepting Commodore Cards or reported broken card readers, which prevented Vanderbilt students from dining at those select locations. Sophomore Olivia Marco said that a waiter at The Row claimed that their Commodore Card reader was accidentally thrown out. Similarly, Tayuun said that Nada’s card reader broke on Aug. 26.

“Our card reader went out on Thursday night, so large parties of students canceled their reservations last minute, which knocked us out of some business,” Tayuun said.

On campus, Munchie Marts also ran out of food—staffers mentioned that they had to order new shipments of candy, chips and other popular snacks because they were getting sold out by the end of each day.

Despite the initial chaos and confusion, many restaurants were able to recover and satisfy the increased demand.

“Fortunately, our market manager was able to pull pints from different Jeni’s shops around town until we got our big shipment on Friday,” Mclain said.

Many restaurants also reported an increase in tips received during the $50 stipend period. Since the $50 did not roll over at the end of each day, students were compelled to tip the remainder of their stipend to their servers rather than letting it go unused.

Some restaurants also praised the increase in profit that they amassed, despite the stress caused by the $50 stipend.

“This location [in Hillsboro Village] was the highest-grossing Jeni’s for the week across the country,” Mclain said. “We made over $12,000 in one night, whereas even on a really good weekend night, our usual is only around $6,000.”

The $50 Meal Money credit had the added benefit of increasing the publicity of partner restaurants, particularly those that are new to Nashville.

“It wasn’t necessarily what we wanted to do for the first week, but I’m glad it happened because now Vanderbilt students know that Grain & Berry is here,” Brant said. “Since we only opened in January and are so new, this allowed everyone to get to know us and spread the word to their friends.”

In the same way, first-year Elana Agarwal stated that the $50 stipend facilitated her introduction to the Nashville food scene in a way that would not have been possible otherwise—a sentiment echoed by Campus Dining in its Aug. 31 service update.

“I really like that we had the opportunity to experience the food and city of Nashville in our first week here,” Agarwal said. “It was a unique and memorable experience for sure.”