Menstrual product dispensers will be installed in 39 bathrooms in ten buildings on campus during the first tier of VSG’s initiative. 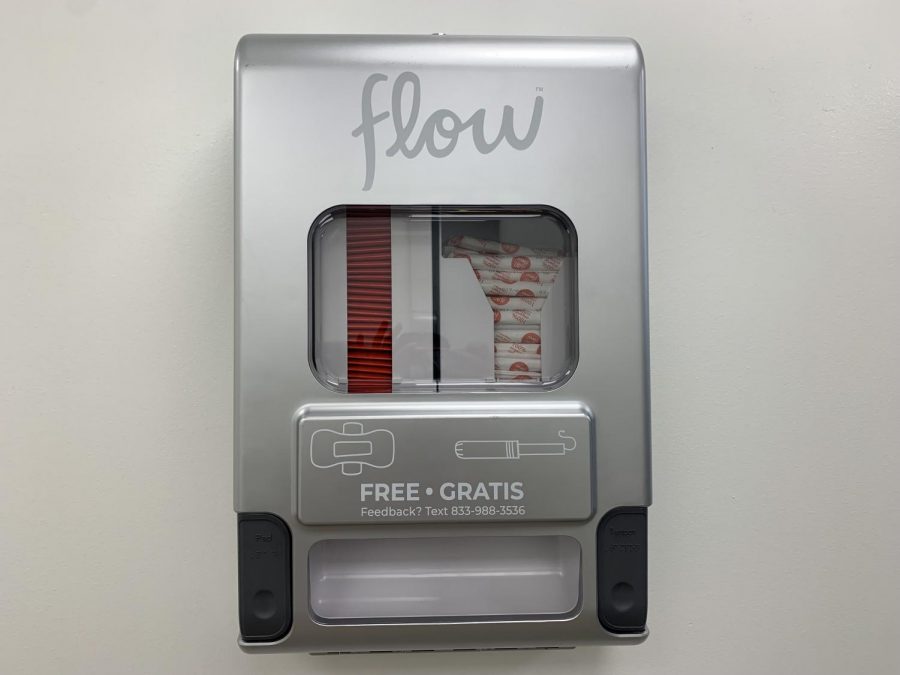 Free menstrual products—pads and tampons—will be available in select campus bathrooms by Sept. 3. This initiative is Tier I of the three-pronged VSG Campus Life Committee proposal.

Sarratt Student Center and the Commons Center will offer the products in female, male and gender-neutral bathrooms. A dispenser will additionally be installed in female bathrooms in Rand Dining Hall.

“We wanted to include everybody who would use menstrual products in the pilot program which meant including dispensers in men’s bathrooms,” Caleb Boyer, sophomore and co-organizer of the initiative, said in an Aug. 25 message to The Hustler. “The goal of the pilot program is to start with a selection of generally high-traffic buildings on campus and then track usage and gather feedback.”

While some universities—such as Brown University—have similar programs offering free menstrual products, senior and project co-organizer Eghosa Egukun said such initiatives are not common throughout the country. She stated that Princeton University was the primary school from which the VSG initiative was modeled.

Vanderbilt will be working with Aunt Flow, a menstruation education center and product provider, Aunt Flow was selected as the supplier as they are women-owned and sell “high-quality” products, per Boyer. The Aunt Flow Model E dispensers will be filled with Aunt Flow period products, including winged, thin, “regular day” pads and regular absorbency tampons enclosed in a cardboard applicator.

A 2020 Women’s Center survey with over 1,289 total respondents demonstrates issues surrounding menstruation at Vanderbilt, many citing feelings of embarrassment, stress, and/or panic when unexpectedly getting their period without having products on hand. Over 75 percent of respondents said they had gotten their period unexpectedly. Out of those individuals, around 85 percent said they have used other materials as substitutes for period products, and more than half said that unexpected periods have caused them to be late for work, class and/or extracurriculars.

Per Boyer, the final decision about the locations and timing of Tier II and III dispensers will depend on student survey feedback of Tier I.

“We’re looking at installing Tier II sometime around either the end of the [fall] semester or during winter break for the spring semester,” Boyer said in an Aug. 14 message to The Hustler.

“Within the residence halls, it would be so huge to have menstrual products free for folks there,” Bailey Via, program coordinator of the Women’s Center, said.

Mark Petty, assistant vice chancellor for plant operations, said that Plant Operations is funding Tier I of the initiative. He stated that the department would “probably” fund future tiers of the project, but other administrative offices may contribute, such as the Office of the Dean of Students. Petty also said that funding for Tiers II and III will likely not be an issue.

“We have a lot of discussions here at Vanderbilt about who’s going to fund what, and we always try to make a good, logical decision,” Petty said.

Senior Director for Student Engagement and Leadership Clayton Arrington said that future funding will be determined by the impact of Tier 1. He said that other departments will join the discussion of future funding if they are interested in partnering with the current initiative. He also said that usage will impact the source of funding for the program as it will determine the necessary costs.

Boyer said that QR codes will be posted in the main areas of buildings with dispensers and will link to a document showing which bathrooms have the products. He also stated that this document will be linked on VSG’s website.

Eguakun and Boyer worked closely with Arrington and Petty to form the proposal for this program and spoke of the support they received from these administrators regarding the project.

“It made us a lot more confident about talking to more people because everybody wants it to happen and wonder why it hasn’t happened already,” Eguakun said.

Per Arrington, Eguakun and Boyer began meeting with him in Spring 2021 and discussed the necessary steps to implement the program throughout the summer. Arrington said that this collaboration was an important factor in the success of the proposal.

“It illustrates that really great things can happen for our students when we work closely with students and with other departments on campus,” Arrington said.