To some kids today, the piney-wood smell that I associate with the chimneys of late autumn will be tied to memories of choking ashes from wildfires. Climate change is becoming personal. 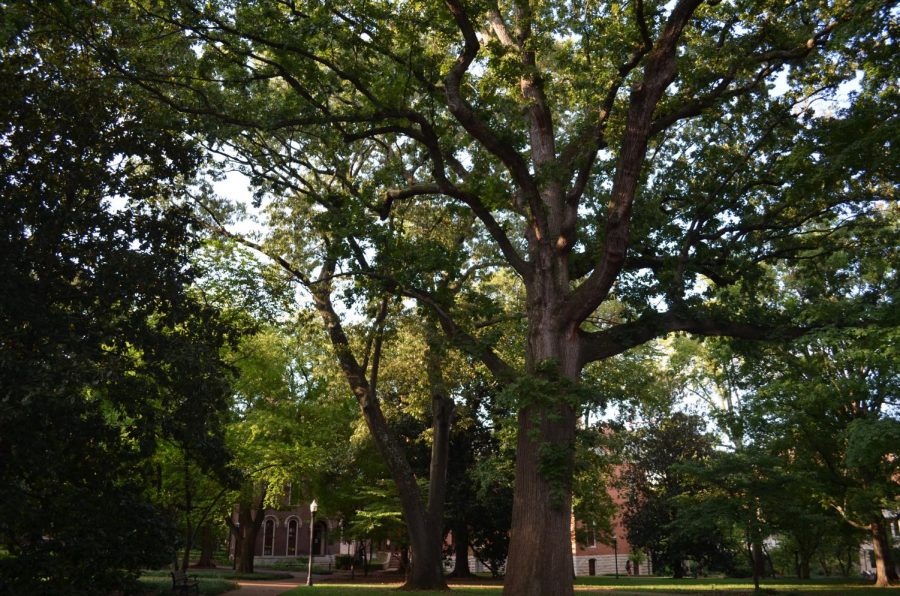 “The smoke really scares me,” groaned one six-year-old. It was the final weeks of summer, and on the farm in Washington state where I worked as a camp counselor, kids played under a sun the color of melted hot metal. For days, forest fires raged across the Pacific Northwest. The sky, thick with toxic fumes, mirrored images torn from dystopian novels— grim and distorted.

I live in Washington, the evergreen state known for its never-ending rain (Remember how the Cullen vampires from Twilight came to Washington to hide from the sun?). When I moved to the state in 2012, I fell in love with its mossy forests, snow-covered mountains and rigid shoreline. I had also discovered the absurdity of wearing short sleeves and summer skirts in a place with the hottest summer days peaking just over 70 degrees.

Fast forward to 2021, my city cancelled the first day of summer camp due to over 100-degree heat.

I’ve never been much of an expert on climate change. Of course, the importance of recycling, turning off the faucet and switching off the lights were drilled into me since elementary school. Yet, as a teenager, I avoided the climate change debate. Political arguments, the projected truths and supposed lies surrounding the issue all seemed so overwhelming and too bitter. I scrolled past twitter threads on global warming and zoned out when climate scientists came on the radio. Every week, there seemed to be yet another wildfire erupting in California. After a while, I became numb to the initial shock and sadness that accompanied these stories.

Then, climate change hit Washington, and I morphed into one of the “24 million people [bracing] for a potentially record-breaking heat wave.”

“Global warming: Increases in greenhouse gases such as carbon dioxide and methane generated by industry and transportation, causing the atmosphere to retain more heat, which increases temperature and alters precipitation patterns.”

Like many across the country, I had recited such definitions during high school biology classes. However, it wasn’t until recently that I—pushed by a sense of urgency brought by the heatwaves—truly tried to understand the issue. Kept inside by the sweltering heat, I read excerpts from the Intergovernmental Panel on Climate Change (IPCC)’s latest report; I listened to podcasts such as Climate Conversations produced by field leaders and kept up with important discussions driven by climate activists.

However, the panic that my awareness came too late continues to overwhelm me. Despite a drop in carbon emissions as result of the pandemic, Washington still faced its hottest summer. Daily highs often hovered in the mid-80s. In a state where not even half of its homes enjoy air conditioning, 91 people died from a historic heat wave in late June when temperatures soared past 100 degrees for three days straight.

Shorts and tank tops turned into a staple this summer. When I visited Mount Rainier, the crown jewel of Washington, its rocky face seemed too sharp and too raw. During June’s three-day heatwave, 30% of the mountain’s snow pact had melted. Trails that were once covered by blankets of snow are now paved with wild flowers, whose breathtaking beauty belie the heatwaves’ devastations.

On the last day of camp, poor air quality forced the city to cancel all outdoor activities. To these kids, the piney-wood smell that I associate with the chimneys of late autumn will be tied to memories of choking ashes from the fires.

“We can still avoid the worst consequences [of climate change], but not if we continue like today, and not without treating the crisis like a crisis,” said Greta Thunberg, arguably one of the most influential environmental activists today. Like many, I had brushed aside the climate crisis until its devastation snowballed. In the past few days, the latest heat waves across Washington finally buckled. I sit here now, writing under a grey canopy that replaced the burnt umber of days before, and I urge you to act now before it’s too late.