Vanderbilt’s first Black quarterback to consistently start in the late 1970s died of a heart attack on July 9. 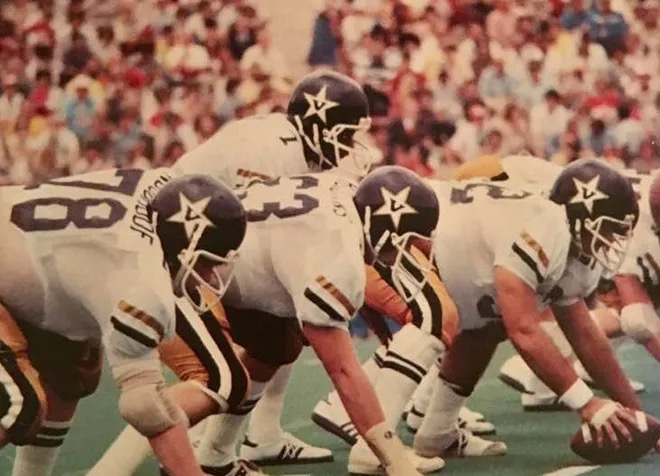 Van Heflin passed away at the age of 62 on July 9. (Vanderbilt Athletics).

Former Vanderbilt quarterback Van Heflin died at the age of 62 on July 9 due to a heart attack, according to the Tennessean. The trailblazing SEC legend became Vanderbilt’s starting quarterback as a freshman in 1978, becoming the Commodores’ first Black quarterback to earn significant playing time.

“Van was Vanderbilt’s first Black quarterback to consistently start, breaking the color barrier in 1978,” athletic director Candice Storey Lee said in a tweet on July 10. “He will always be a Commodore and we are grateful for his life. Our thoughts and prayers are with him and the entire family, Van’s teammates, and all who were fortunate enough to know him.”

We mourn the loss of football trailblazer Van Heflin, Sr. In the words of his dear son, “I love him with all my heart and he loved Vanderbilt with all of his.”

Heflin completed 140 of 279 passes for 1,732 yards and seven touchdowns over his two years as Vanderbilt’s starting quarterback and is remembered fondly by his son and many in the Vanderbilt community.

“I love him with all my heart and he loved Vanderbilt with all of his,” his son said via Lee’s tweet.

One of the first Vanderbilt players I remember watching as a kid. Peace and prayers to his family, this is awful. https://t.co/uMhKeK7uvR

Heflin became the second Black quarterback to ever start a game for Vanderbilt after current Houston Texans head coach David Culley did so as a backup in 1975. But, perhaps unsurprisingly, he was not immediately taken to by the media and Vanderbilt fanbase. In an interview with the Tennessean in 2015, Heflin explained that the media and fans were not always supportive of head coach Fred Pancoast’s decision to start the freshman.

“That used to really get to me,” Heflin told the Tennessean. “It was crazy because nobody wanted to give me credit for being a great passer. I could pass with the best of them and run and do all the different things a quarterback needs to do. After we played Alabama and I threw three touchdowns, everybody was like, ‘Whoa, maybe he can throw.’”

Although he broke the long-standing race barrier that stood between Black athletes and the Vanderbilt starting quarterback position, he actually began his career on West End as a defensive back and finished it as a running back. He is long since remembered by Vanderbilt fans for his incredible versatility and unshaken willingness to play nearly any position on the field. Many of his teammates have testified to his ability to line up just about anywhere and impact the game in a meaningful way.

“One day me and Van were out on the practice field early and he said, ‘Run some routes and let me throw the ball to you,’” former Vanderbilt wide receiver James Threalkill told the Tennessean. “And I am here to tell you he threw the tightest spirals with the best precision long and deep. After about a dozen passes I said, ‘Why in the world are you a defensive back? You need to go to the coaches right now and tell them you want to try out for quarterback.’”

Evidently, Heflin did assume Vanderbilt’s starting quarterback position for two years. But after transitioning to running back during his junior year, he led Vanderbilt in rushing in 1981 with 374 yards on 105 attempts. He also led the team in touchdowns with seven and finished second in total yards from scrimmage with 732.

Despite playing cornerback, quarterback and running back in college, Heflin made the transition to tight end at the pro level after being selected by the Cleveland Browns with the 204th overall pick in the 1982 NFL Draft. However, the majority of his professional career came with the Memphis Showboats, a member of the since-terminated United States Football League. Heflin played just two seasons for the Showboats, totaling 11 receptions for 144 yards and three touchdowns.

According to an online obituary, there was a viewing for Heflin in his home state of Georgia on July 15 and a graveside service on July 16.