MAI: What the new H-1B visa policy gets wrong

The new waged-based H-1B assignment is anti-meritocratic and brings substantial harm to both foreign employees and U.S. industries. 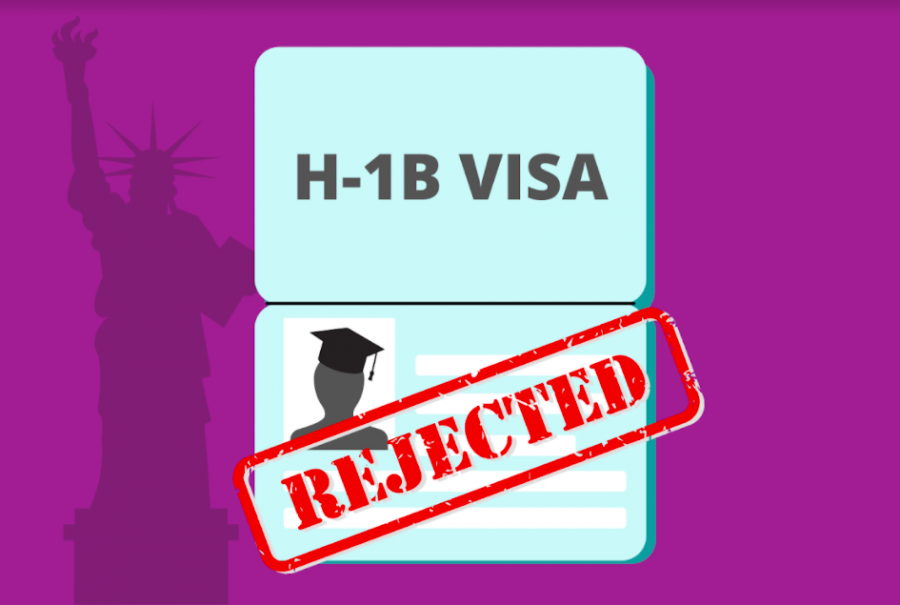 The H-1B is a work visa that foreigners must obtain in order to legally work in the U.S. (Hustler Communications/Emery Little)

For international students like myself, getting a nice job is one thing, being employable is another. Too often, the much-dreaded line “sorry, but we cannot sponsor H-1B visas” sneaks up in Linked-In job descriptions, career fair conversations and that final round of job interviews that you thought went so well.

The H-1B is a work visa that foreigners must obtain in order to legally work in the U.S. Since the annual cap of the H-1B falls short of demand, it is previously assigned via a random lottery system, and an especially risky one: last year, out of the 275,000 petitions filed, only 85,000 were granted. Two-thirds of foreign workers have to wait until next year to test their fates.

Yet, the lives of international students and all foreigners seeking jobs in the U.S. have been made more difficult. On Jan. 8, the Department of Homeland Security (DHS) published a new rule, originated under the Trump administration, that replaces the random lottery assignment of H-1B with one that prioritizes applicants receiving higher wages.

The DHS claims that the new H-1B policy is a definite win-win: for U.S. stakeholders, the policy would attract the “most-skilled” and “most-valued” H-1B recipients and opens up more lower-level job positions for domestic employees. For foreign workers, the policy would eliminate the uncertainty of the previously random lottery and “incentivize employers to offer high wages” to highly skilled employees.

Moreover, the DHS is confident that the new rule conforms to a fair principle that “distinguishes merit and ability,” creating a merit-based ideal that drives American immigration policy.

Yet, the new H-1B policy got it wrong: it is far from a win-win.

It’s a definitive loss for the 1,000,000 international students graduating each year with a bachelor’s degree from higher education institutions. Under the new rule, all entry-level jobs—those paying less than $80,205 a year—will not be eligible for the H-1B lottery. Let’s compare this to the average first-year salary received by Vanderbilt alumni with a bachelor’s degree: $62,000. So, an average international student at Vanderbilt has no hope of entering the job market after graduation, but graduating from Vanderbilt—a prestigious institution—already places us above thousands of others: the national average is $50,000, hopelessly short of the H-1B requirement.

The result of the drastic mismatch is not reduced uncertainty or higher wages. It does, as the executive director of the national foundation for American policy Stuart Anderson laments, make “international students too expensive to hire.”

The new rule is also a loss for many U.S. industries that depend on H-1B workers. Consider the contribution of H-1B workers during this pandemic. Eight pharmaceutical companies are currently employing 3,310 biochemists, biophysicists, chemists and other H-1B workers to develop the COVID-19 vaccine. Yet, they would have been denied H-1B if the new rule were adopted at the time they graduated. The new rule dries up the supply of life-saving talents in the near future.

Meanwhile, no evidence supports the DHS’s assertion that H-1B employees are replacing U.S. workers. What is found by researchers is that each H-1B application sponsored by a large tech company is associated with an increase of 67 employees overall. No evidence supports the DHS’s claim that low-paying H-1B jobs drives down wages. What is statistically evident is that the average H-1B wage is four percent higher than the average American’s. The image of cheap foreign workers who flood out U.S. jobs painted by the DHS is simply false. Instead, they meet the needs of U.S. society, especially in times of national emergencies.

However, the new rule is not only ignorant of facts and misguided in its estimates of practical implications; it is also woefully misaligned with its appeal to meritocratic ideals. In fact, the new rule is anything but meritocratic. Center to the DHS’s justification for passing the new rule is an assumption that wage equates to value. Yet, we all know that wage is never a reflection of merits alone: for a large part, it measures how many years one has worked in the industry. So, we must not fail to distinguish talent from experience, just as we cannot deem a doctor-to-be in a medical residency program less valuable than a senior financial consultant. All senior-level employees started out doing lower-level jobs. It’s the natural way a career progresses. But, the DHS is rejecting entry-level H-1B applicants today and hoping that they miraculously become the “best and brightest” talent that benefits the U.S. society without access to entry-level positions.
Now which part of the new rule aspires to the true meritocratic ideal, instead of a nativist, short-sighted calculation?
The H-1B lottery system has already been delaying the dreams of international students at Vanderbilt and all higher education institutions throughout the States. The new policy is only turning uncertainties into impossibilities. The struggle is heart-felt daily by the talented international students in our Vanderbilt community. Kevin Zhang, a rising senior and computer science and political science double major, recounts his experience spending weeks networking and interviewing, only to be informed on the spot during his final interview that the company he was applying to work for does not sponsor H-1B visas. Others had to make the difficult decision to delay their entrance into the workforce. Christine Zhou, another rising senior studying computer science and math, has to give up her plan of diving directly into the tech industry to pursue higher degrees to boost her H-1B chances. Passionate, innovative and talented students are seeing their dreams rejected and delayed, not due to their lack of merit, but solely because of their identity and status of residence.

The new H-1B policy speaks the language of exclusion and nativism. To say that it aspires to the meritocratic ideal is an insult to meritocracy. Accepting the new H-1B rule is the same as consenting to a value system in which wage determines merit, hence blindfolding ourselves from true talent and ingenuity.