So, you want to study abroad this fall?

Here’s what to expect, or at least what we expect, if you decide to spend a semester overseas 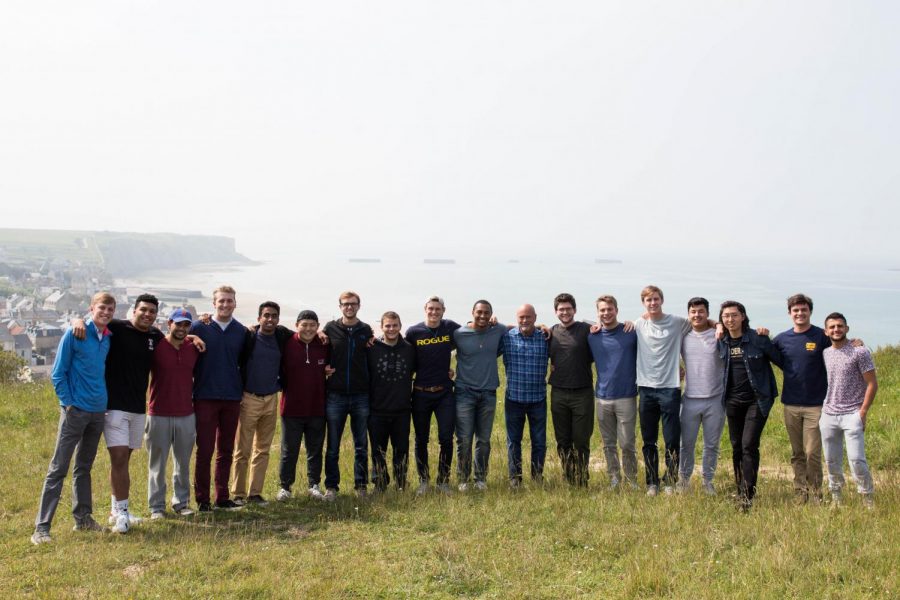 If all goes to plan (crossing our fingers), Vanderbilt will offer study abroad opportunities for the Fall 2021 semester and we could not be more excited. The university will officially give the go ahead June 15, but we’d be lying if we said we haven’t started fantasizing about drinking sangria in Spain and weekend trips along the Amalfi Coast. After the past year, the romanticisation of adopting an alter ego in a foreign country has never been more enticing. In case you want to live vicariously (like we are) through the lucky students who will jetset around the world next semester, we’ve written down different fantasies we imagine taking place in the programs Vandy has to offer.

Disclaimer: This article was written based on the mere fantasies and fascinations of two American students who dream of studying abroad. It is not a reflection of the actual experiences that will take place or accurate to the cultures of described locations. We are not claiming to have extensive knowledge about these destinations.

Considering that Seville is the birthplace of the flamenco, we expect you to find a fabulous red dress, put on your dancing shoes and become the flamenco dancer emoji. Visit the Real Alcázar de Sevilla, one of the filming locations of Game of Thrones, or the Murallas de Sevilla, city walls that date back to Roman times. If you are looking for a little less basic experience compared to your Barcelona counterparts, this Spanish destination is for you.

Ah Barcelona, a study abroad classic…we’re taking tapas, wine, siestas and repeat. Of course, you’ll have to take some pictures in front of the Sagrada Familia and Casa Mila (how else will your Insta-fam know that you are a cultured queen? *cringe*). All we ask is that while you are having your Cheetah Girls moment, you don’t come back talking about your adventures in Barthelona.

Out of all the destinations on this list, Seoul stood out to me. I thought, okay, this is where the people who are actually effortlessly cool will go. I’m picturing shopping from different vendors on Myeongdong Street in an edgy outfit with cool sneakers. You might come back from your semester looking five years younger considering that South Korea is skincare heaven. Seoul has art museums, hiking in the mountains, beautiful parks, palaces, exciting city life, impressive architecture and so much more. Can you tell this place is on my list? It’s the perfect balance between city and scenic, between historic sites and modern technology. Don’t even get me started about the food. Did I invite you to my Korean BBQ? Then why are you up in my grill.

Who watched Normal People over quarantine? If you’re going to Ireland, I’m picturing moody, dimly lit libraries followed by loud nights at your local pub. During the weekends you will visit the beautiful Cliffs of Moher and kiss the Blarney Stone in hopes of becoming a better flirt. Did it work or do you just have beer goggles from all the Guinness? You will have to report back because we are dying to know.

Picture this: you’re strolling down the streets of Florence with gelato in hand and a guide to whatever gallery, piazza or basilica you are visiting that day. There is a seemingly limitless amount of breathtaking architectural feats to explore including the Piazzale Michelangelo, the Duomo Cattedrale di Santa Maria del Fiore, the Cupola del Brunelleschi and the list goes on. Not to mention the days you will spend exploring the Uffizi Gallery that houses Botticelli’s “The Birth of Venus” and Gentileschi’s “Judith Beheading Holofernes,” to name a few. An art history lover’s paradise. With all the sight seeing you will be doing, you’re going to work up quite the appetite. Fortunately, you are in Italy! Pasta e vino per favore.

Who doesn’t want to float in the salty water of the Dead Sea? If you’re a history or archaeology buff, visit Petra, an archaeological site in the desert. Petra, or the “Lost City,” is Jordan’s most-visited tourist attraction, and served as the capital of the Nabataean Kingdom in 300 B.C. This mysterious site wasn’t rediscovered until the early 1800s, which is some major Da Vinci Code type sh*t. Jordan is definitely not a typical abroad destination, so it’s perfect for anyone who wants to prove they’re not basic.

Live out your best “Emily in Paris” dreams by studying abroad in Paris. Picture this: you’re strolling along the Seine, baguette in hand, fantasizing about each beret-ed French hottie you pass by. Ooh la la. Wander around the Louvre or the Musée d’Orsay, then meet your friends for a picnic on the Champs de Mars. Major main character vibes. And, if you’re like Emily, you might do an hour or two of work here or there, but we all know why you’re here: for the killer Instas.

Like any European city, Copenhagen has all kinds of museums, castles and gardens to explore. Definitely check out Tivoli Gardens, which allegedly inspired Hans Christian Andersen and Walt Disney (and hey, maybe you’ll bump into your Danish Prince Charming). Rent a bike and explore Copenhagen’s pedestrian bridges while admiring the canals and brightly colored buildings.

Not to get too emotional, but I was supposed to be studying abroad in Stockholm this semester. There’s nothing like picking up my pre-ordered Starbucks Americano and realizing that I should be at fika along the canals of Stockholm instead of hustling to my 11:30 a.m. class. Ah, what could have been….Anyway, you still have the chance to do this, so live out my dreams for me. Get a taste of the chill Scandinavian lifestyle and catch a glimpse of the Northern Lights.

For a small city, Amsterdam provides a seemingly endless slew of activities. From the Van Gogh Museum to the Anne Frank House to the Netherlands’ many quaint windmills (*cough* Peter Weber and Hannah Brown *cough*), there are all kinds of things to keep you entertained in between your classes. If you’re there in the spring, check out Holland’s infamous tulips at the Tulip Festival Amsterdam, or if you’re feeling dramatic, pretend you’re a character from “The Fault in Our Stars.” Okay? Okay. There’s also the Red Light District, but for legal reasons, we can’t recommend it, just putting it out there…

This one’s for all of you finance bros out there. Basically, your semester in Switzerland is your pregame for your summer analyst position at Goldman Sachs. When you’re not busy learning about Swiss bank accounts, go skiing in the Alps, taste their delicious chocolate and cheese and don’t forget to pack your gray Patagonia vest!

Where better to learn about international diplomacy than Switzerland, the seat of neutrality and peacekeeping?

Obviously, you’re going to need to invest in some quality kilts if you’re planning to study abroad in Scotland. Like most of the other options, Edinburgh has plenty of old castles and museums to wander around. If you want to feel ~cultured~, go to a show at the Edinburgh Festival Theatre (which, according to legend, is haunted). If you’re a fan of the royals, take a trip up North and visit Balmoral Castle, Queen Elizabeth’s go-to vacation home. Alternatively, take a trip to Loch Ness and see if you can spot the Loch Ness Monster. Now that would be a great Snap story.

Glasgow, home to the scottish Ballet and Scottish Opera, offers all kinds of cultural experiences, like the Kelvingrove Art Gallery and Museum and I know, I know, we’re recommending museums and castles once again, but what else is studying abroad for? Well, drinking, too (if you’re of age). Scotland is known for its Scotch whiskey and there are a bunch of scenic distilleries to visit in Glasgow, or you can check out its many breweries. Some little travelling birdies told me that Glasgow tops Edinburgh with its nightlife, so if you’re into the club scene, you might want to check out this Scottish destination first.